Convivium: International Justice Mission has rescued more than 40,000 people from violence and oppression. Today, your work is helping to protect 21 million people globally from violence. Where did the vision for IJM begin?

Ed Wilson: IJM’s founder Gary Haugen was a human rights lawyer working for the U.S. Department of Justice when the United Nations asked him to lead its special investigation into the genocide in Rwanda.  As he dug through mass graves and massacre sites collecting forensic evidence, he remembers being struck by the terrible truth that the Rwandans who had perished in the violence “did not need someone to bring them a sermon, or food, or a doctor, or a teacher, or a microloan. They needed someone to restrain the hand with the machete—and nothing else would do.”

In 1997, Gary and a small team of his friends launched a new kind of human rights organization that would leverage the skills of criminal justice professionals to protect the poor from violent oppression. They took on cases of desperate violence where impoverished victims could not depend on their justice systems to defend them. In 2000, IJM established its first long-term field office, in Mumbai, where a team of local professionals began partnering with authorities to rescue trafficked girls and women.

IJM Canada was launched in 2002 as the first international partner of IJM by 29-year old Jamie McIntosh, who was gripped with a need to respond to the epidemic of violence against children he had encountered through his work with Compassion Canada.

Jamie hired me to help him build the organization in 2006 and I became Executive Director in 2013.  My life-long passion for community transformation led me to help launch an affordable housing provider in Kitchener-Waterloo and then on to IJM Canada, always seeking to be involved in practical solutions to challenges facing the poor and marginalized.

Convivium: IJM seeks to “prove that justice for the poor is possible.” What would you identify as the biggest barrier to enacting justice on behalf of the poor?

Ed Wilson: The biggest barrier, quite simply, is lack of law enforcement.  The poor get laws, but they don’t get law enforcement.  The UN estimated in 2008 that four billion people live outside the protection of the law—and most of them are poor.  And the world doesn’t seem to notice.  Consequently, we’re not doing anything to change the situation. Apart from a small amount of funding for anti-trafficking police training, the world’s major aid agencies are investing next to nothing in strengthening public justice systems and promoting the rule of law in the developing world.  That has to change if the global poor are to experience relief from the endemic plague of violence.

Convivium: Your global team includes more than 750 lawyers, investigators, social workers, community activists and other professionals that undertake the work of IJM through 17 field offices. Talk to us about the role of partnership across professional and geographic lines in affecting justice.

As we work through this collaborative process and guide victims all over the world through their justice systems, we build relationships within the system and uncover where it is failing to serve the poor effectively.

EW: Our commitment to partnership begins with hiring persons with proven professional capabilities and positive character traits to serve on the teams in our field offices. About 95 per cent of our staff work in their own countries, where they express their love for the poor of their country by working relentlessly and skillfully to transform their own justice system.

We are also dedicated to building partnerships with national organizations in the countries where we work.  For example, since 2012 IJM has pursued a strategy in India of training and supporting like-minded organizations to assist in the goal of ending bonded labour slavery in that country, with a result that IJM’s presence has expanded from three states before 2012 to 12 states as of 2016, leading to a doubling in the number of victims rescued. Most importantly, we partner with all levels of government and work alongside local police, judges, prosecutors, social workers, church leaders and others, providing training and support to strengthen the entire community’s response to violence against the poor. 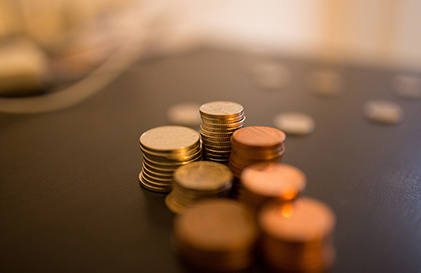 Convivium: For those unfamiliar with IJM’s model of Justice System Transformation, how would you describe the method that your organization ascribes to in order to facilitate long lasting change?

EW: IJM believes that when laws are enforced, the violence stops. A strong public justice system creates a deterrent effect that contributes to the overall reduction of crime. We begin by working with local police to rescue victims from ongoing violence. We help police rescue children from cybersex trafficking rings and families from bonded labour slavery.  And we’re committed to the restoration of those survivors of crime, so our social workers come alongside local agencies to help restore survivors to safety and strength.  Our relationship with the local public prosecutors allows us to represent those victims in court, and we help hold the criminals accountable for their actions.

As we work through this collaborative process and guide victims all over the world through their justice systems, we build relationships within the system and uncover where it is failing to serve the poor effectively.  This diagnosis prepares us to collaborate with authorities within the system to fix what’s broken.  We do this by training local police, prosecutors and social workers; by providing resources to allow police and prosecutors to do their jobs; and by helping hold local authorities accountable.  And we are achieving impressive results. For example in Cebu, the Philippines, we’ve documented a 79 per cent drop in the availability of children under age 18 for commercial sexual exploitation. That’s after four years of partnership with local justice system officials, a partnership that included helping set up a dedicated anti-human trafficking unit within the Philippine National Police.

Convivium: Why does IJM say it is “relentless” in its commitment to combatting violence.

EW: We’re relentless because evil is relentless.  But we also know how the story ends: truth and justice will triumph in the end. We understand that justice system transformation is a marathon, not a sprint. Unfortunately, the poor are all too familiar with well-meaning people and organizations who show up with a desire to help, but leave when it gets really hard, or leave when they’ve satisfied themselves that they’ve done everything they can do. That’s not IJM.  We pursued a man who sexually assaulted two young girls in Bolivia for eight years before he was finally apprehended and brought to justice.  His lawyer told him to run; that IJM would forget about him.  But we didn’t forget about him.  And we don’t forget about the children, women and men who are trapped in slavery, human trafficking and sexual violence.  Like the shepherd in the parable that Jesus told, we will search for them until we find them.

Convivium: You’ve spoken about a “hidden crisis silently undermining our best efforts to help the poor.” What is that crisis and how are you dealing with it?

EW: The hidden crisis is the lack of law enforcement. Without effective justice systems to protect them from violence, the world’s poor live in a state of constant fear.  Fear that if they call for help, no one will answer.  Imagine if I was to call 911 and be told, “Sorry, I can’t help you.  Your neighbourhood isn’t served by the London Police Service.”  It’s unthinkable, but this is the everyday reality in much of the world.  And so we can build schools so girls can get an education—and we should—but if they are afraid of being raped on their way to school, they won’t leave the relative safety of their home.  Or take the case of the widow in Africa who received a microloan to plant a market garden to support herself and her children. What is she to do when local bullies steal her tools and ravage her fields?

IJM isn’t saying that law enforcement is the only thing that the poor need.  Far from it.  They need food security, access to clean water and sanitation. We need to work to lower the maternal mortality rate and reduce the death rate among newborns and infants, and so many other things. But unless we also build the capacity of local justice systems to protect the poor, our best efforts to help will not have the impact they should.  This is the unique contribution of IJM to the global international development conversation.

Convivium: What is fuelling the modern-day slave trade? Where is it operating? And how do we see its effects in North America and Europe?

EW: Abuse of power. Greed. Disdain and disregard for the dignity and worth of the weak.  Criminals do it because they can, and they won’t stop until there’s a credible deterrent.

Modern slavery is present on every continent in the world except Antarctica. The Global Slavery Index estimates that about 70 of the world’s countries have more than .5 per cent of their population in modern slavery. It takes many different forms. The abuse of workers on Thai fishing vessels operating in Southeast Asian waters has become well documented, although the Thai government is beginning to take action in partnership with IJM. State-sanctioned forced labour is thought to be prevalent during the cotton harvest in Uzbekistan and Turkmenistan in Central Asia. Investigations by Amnesty International and other groups have reportedly found children as young as seven working in the Democratic Republic of Congo to mine cobalt for batteries for smartphones, cars and computers. In North America and Europe, it commonly takes the form of exploitation of migrant workers and the trafficking of women and children for sexual exploitation.  North America and Europe are also responsible for much of the activity on the demand side of the cybersex trafficking of children business that is damaging so many young children in the Philippines.

Convivium: What is it about IJM that seems to have resonated in such an enduring way with partners both in the sacred and secular spheres?

EW: I think it’s because our work addresses one of the most fundamental human needs: safety.  In Maslow’s hierarchy of needs, the first thing individuals think about after their need for food and water are met, is their safety. If you’re not safe, nothing else matters.  Innately, as human beings created in the image of God, we know that these injustices taking place on a global scale are wrong, and something needs to be done about it.  When IJM offers a solution, people breathe a sigh of relief and say, “Thank God!  Justice for the poor is possible.”