When asked to comment on the ongoing violence and crisis in China between the communist government and its citizens, LeBron James finally listened to Fox News anchor, Laura Ingraham when she told him to shut up and dribble.

After playing 25 minutes in a pre-season game against the Brooklyn Nets in Shanghai, “The King” did not defend or show support for the thousands of Hong Kong citizens who have been protesting for democracy for more than a year. LeBron’s passiveness towards China’s ongoing crisis proves why sports athletes should not use celebrity status to act politically. There are ramifications and consequences when athletes choose to be political, social activists for one issue, but remain silent towards another.

Daryl Morey, general manager of the Houston Rockets, tweeted, “Fight for Freedom Stand with Hong Kong.” Instead of supporting Morey, LeBron condemned his remarks. In a pre-season interview in September, the arguably most popular player in the NBA told reporters that sports authorities and athletes should learn the facts and educate themselves first before making any comments concerning an important issue in the world. LeBron argued that, “many people (in China) could have been harmed financially, physically, emotionally, and spiritually” by Morey’s comments.

LeBron’s response in that pre-season interview was contrary to the many moments in his career when he publicly voiced his opinions against social issues in America including gun violence, police brutality, and systemic racism. However, one could argue that LeBron, a professional basketball player with no post-secondary accolades, journalism credentials, or political background, did not have the facts or proper knowledge to speak on those issues either.

In a 2016 study titled Divided and United: Perceptions of Athlete Activism at the ESPYS, Frederick Evan, Ann Pegoraro, and Kimmy Sanderson analyze the public reception of LeBron James and three other NBA all-stars during the 2016 ESPYS Awards ceremony. Specifically, the authors analyze comments posted on ESPN’s Facebook page pertaining to LeBron’s speech who spoke against systemic racism in America and showed support for the Black Lives Matter movement.

The authors found that Facebook users who demonstrated negative perceptions of athlete activism questioned the NBA players’ intentions and dismissed their efforts as misguided and misinformed. Many Facebook users argued athletes should rather focus on other issues that they perceived as more important or prevalent such as gang violence in impoverished neighbourhoods. 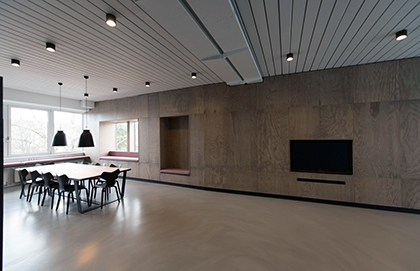 A New Meaning for Cancel Culture
A Moderate Moment
Sit down. Shut up. You lost.

In his speech at the 2016 ESPYS, LeBron said, “Let’s call to action for all professional athletes to educate ourselves, speak up, use our influence, and renounce all violence.” Three years later, LeBron did not follow his own advice and said the opposite. For reasons unknown, LeBron’s passion towards a pro-democracy social movement suddenly vanished – something that could have benefited from the same political activism he voiced in his 2016 ESPYS speech.

James Barrett of the Daily Wire reported that soon after LeBron’s disapproval of Darryl Morey’s tweets in September, pro-democracy Hong Kong protestors took to social media to ask whether the Lakers star had been “brainwashed” by Communist Chinese propaganda or simply “bought.”

Several reports from an online news forum based in Hong Kong emphasized LeBron’s hypocrisy using his own words against him. On Jan. 15, 2018, in honour of Martin Luther King Jr., LeBron tweeted, “Injustice anywhere is a threat to justice everywhere - our lives begin to end the day we become silent about things that matter.”

The day LeBron decided to become silent on an important issue is coincidentally the same day his political activism would have jeopardized his personal business affairs. As Jeff Zillgitt and Mark Medina reported in USA Today, “LeBron James has deep, lucrative ties to China because of his partnership with Nike, which does considerable business there, both as a manufacturer and apparel seller.”

This article does not question LeBron’s past intentions of being a social and political activist, nor does it accuse him of demonstrating activism to benefit his public image or finances. There is also no way one might prove that LeBron could have made a significant difference in China had he demonstrated the same social, political activism he demonstrated three years ago. The backlash towards LeBron or any professional athlete who chooses to be political activists for one issue, but remain silent towards another, is valid and reasonable.

Instead of using his platform to support pro-democracy activists in China, LeBron went against Nike’s slogan, “Just Do It,” and just let it be. Patrick Chow, a 21-year-old unarmed protestor who was shot and critically injured by a police officer in Hong Kong, spoke out for the first time since the incident in a recent CNN article. He said, “If we don't speak out now, tomorrow we may not have the chance to have a voice.”

Judging by the superstar’s own words and recent lack of political or social activism, it appears that LeBron James does not think that way anymore.

A New Meaning for Cancel Culture

COVID-19 has unleashed an epidemic of event cancellations, including the historic National Prayer Breakfast in Ottawa and a speech by Cardus’ own Milton Friesen. Peter Stockland finds good news behind the closed doors.

So with all the hoopla and airtime being given the national political conventions, moderates like myself have to wonder if it is really much ado about nothing Moderates, high in demand this political cycle, are being given a rare national voice ...

Sit down. Shut up. You lost.

But if time and attention were afforded the proponents of these "social" changes, how can those necessities be denied the opponents who maintain society has suffered because of the transformation? How can there be no equivalent political time for them to press their case? It doesn't make sense Smith...