Notoriously abrupt and aggressive, Hollinger bigwig David Radler had a reputation for unsettling people who worked at his newspapers by ignoring even the mildest acknowledgement of pleasantry upon introduction and immediately demanding to know: “What do you do?”

He clearly did not want to know just what job title belonged to the victims of these interrogations. All he really wanted - and this was long before his fraud conviction and brief tenure at Her Majesty’s pleasure - was for us to consider what it was that actually justified our economic existence at - in my case - the Calgary Herald.

This was new to us. Back in those days the Herald’s newsroom was four, maybe five times the size of its current emaciated frame. There were full-time jobs for live theatre and film reviewers, books editors, movie reviewers, food, fashion and travel writers. Columnists wrote three times a week maximum, and four bylines a week for reporters kept management at bay. They were, as we say now, #goodtimes.

That we had value was, for us, just assumed. Of course we did. The paper made a ridiculous amount of money and it was no doubt primarily due to us, the magnificence of our work, the profound depth of our intellect, and the esteem in which our community held us. The very idea that some determined, scrappy little media proprietor/partner would question any of our assumptions in this boorish fashion was, well, a bit as if members of the staff had suddenly plunked themselves on the chaise lounge and helped themselves to the champagne, caviar, port and cigars.

During one of Radler’s visits - and as I recall his then-partner Conrad Black was part of the entourage - a member of the editorial board was asked what was done to listen to what readers and citizens had to say. It seemed a simple inquiry, politely posed. Yet the response was not only immediate, it was offended, bold, and every bit as abrupt as Mr. Radler’s inquiries:

“We don’t ask people what they think,” the editorial board member sniffed without hint of a blush. “We tell them what to think.”

What makes this little anecdote unique in the modern context is not so much the sense of bias and superiority – despite an absence of evidence to justify it – that was pervasive in so many newsrooms over the years. It’s that, more than 20 years ago when it occurred and up until I just told the story now, it was a secret. The public may have suspected our adoption of these contemptuous airs, but it never knew. And we tried not to let them know.

Yes, yes, we saw the polling and the studies that showed trust - the most vital commodity for the success of any news organization - was in decline when it came to media. And, yes, readership had not been growing for many years. But, really, what did they know?

“We don’t ask people what they think,” the editorial board member sniffed without hint of a blush. “We tell them what to think.”

Obviously, there were some outside agents polluting our pond. Life was happening too fast. Environmental consciousness was growing. Radio was ripping and reading us. There were so many reasons, so many issues to address other than us. And if there was a problem, we at the Herald were determined it was because of the proletarian vulgarity of the opposition Calgary Sun, just as, when I worked for the Sun, we viewed the Herald as a soft-left herd of preening, distant toffs ill-suited to serve the working man. But it was always them. It was never us. 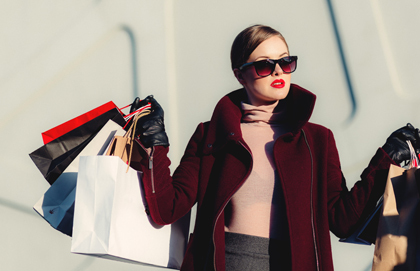 The Pseudo-Voodoo of “You Do You”
Have We Become Not-Canada?
Convivium Readers Respond: Media Defined Faith

A generation later, little remains of those newsrooms. Except, it seems, their hubris. In a matter of minutes one can skim through Twitter and encounter any number of incidents in which journalists of high and low profile regularly– as did my colleague in years gone past – make it clear their job isn’t to report the news or even ask how you’d prefer it. It’s to give it to you the way they want to, and to tell you what to think about it.

Here are some recent examples:

On August 31, federal Opposition Leader Andrew Scheer posted a Tweet indicating his support for Canada’s energy industry as, comparatively, a global leader in clean technology, ethical conduct and the mitigation of environmental impact.

Globe and Mail columnist Gary Mason, comfortable expanding his role from critic to full-blown activist tweeted/beaked in response: “Seriously, Mr. Scheer, that is the kind of inanity Donald Trump would utter. There is nothing clean, ethical or environmentally-friendly about crude from the oil sands. What a preposterous statement.”

Prior to that, Rosemary Barton of CBC’s The National had raised her digital eyebrow at Conservative malcontent Maxime Bernier and wondered why he was tweeting his views on multiculturalism on the anniversary of the gathering of American neo-Nazis in Charlottesville,Virginia. Remarkably, she tweeted: “How are we supposed to know that you aren't a neo-nazi since you refused to do an interview with us?"

One might very well have asked, “How are we to know you are a real journalist and not a reputational extortionist?” but then Ken Whyte, founding Editor-in-Chief of the National Post who now authors books, intervened with some adult supervision and Barton fell silent.

Just this past week, David Akin, Chief Political Correspondent for Global News, commented on a tweet from Ontario Premier Doug Ford regarding his government’s invocation of the notwithstanding clause. Holding little back, Akin said: “Such baloney. None of the 2.3m who voted had one inkling this was your big thing . . . C’mon @Jenni_Byrne. This is silly CPC virtue-signalling.”

I could go on. It happens every day. Some of it is, as is the case with Mason, coming from columnists entitled to their perspective (although not necessarily the presentation of a closed mind) but most of it appears to spill from the self-absorbed fingertips of political reporters who have ever been so inclined to pontificate. In the pre-Internet world, though, all their punditry, prognostication and political plumage presentation took place with other journalists over drinks at the end of the week or day. It stayed within the circle. Readers, viewers and listeners did not know.

Now, they not only know, it is trumpeted at them through some preternatural notion that telling them what to think is somehow even remotely acceptable to them.

Journalism depends on two very simple and fundamental things: telling the Truth - the whole Truth - and maintaining the public’s faith that what you are telling is truth that can be trusted, and is reported without fear or favour. There is no point in doing the former unless the latter is intact. For generations, “just the facts, ma’am” reporting provided that foundation.

There is increasingly less of it remaining. While he is certainly not helping, President Trump did not create that erosion of trust with his #fakenews commentary. He exploited it and accelerated it. It was already there, dismissed as the fantasy of the deplorables until they got their revenge.

Alternative news platforms such as Rabble.ca and Breitbart blossomed long before Donald J. Trump came along, and they did so because of the room that mainstream media created for them with its quietly crushing insistence upon conformity of approach and opinion.

In response, many reporters have heightened their professional conduct online - posting their work on social media and letting it speak for itself. That, surely, must be noted. Yet even they are undermined daily by their peers, senior journalists continue to violate the fundamentals of their craft with open displays of opinion in public, advocacy for one cause or another, argumentative behaviour and perhaps worst, by becoming stories themselves.

The Pseudo-Voodoo of “You Do You”

In helping young women grasp the fashion industry’s power to shape social attitudes, Shannon A. Joseph discovers an adolescent meme with almost magical potency to impair judgement. What do you think? Are you, your friends and family concerned about the effects of fashion on female high school students?