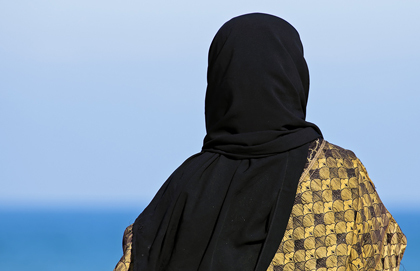 If you haven't been following the five-part series The Islamic State put out by VICE News, you might consider it if you're interested in the shocking parade of stories coming out of Iraq and Syria. (You can get caught up here on the first four parts currently produced, but be warned: some of it is quite disturbing.)

Since ISIS is presumably allowing the filming to take place, you can be sure there are some tight controls over just what gets projected beyond the tenuous borders (a.k.a. fronts) of the newly resurrected Islamic Caliphate. So it's even more shocking that with such filters, there is almost no attempt to hide beheadings and crucifixions and gun-wielding children threatening death to all infidels outside Islam and apostates within it. Of course, ISIS is not likely going to cater to what they see as our "soft sensibilities," yet one still gets the distinct feeling that there's something not being said, something lurking between the lines.

That something is fear. The Islamic State is just brimming with it. Behind all the reckless bravura of those in power—doing 360° burnouts with captured tanks perhaps topping the charts—the ubiquity of fear is palpable. Even watching, I find myself holding my breath as if I'm watching children playing catch with a hand grenade. And the analogy is not that far off. In fact, I don't know what's more terrifying in the media coverage: the young boys threatening the West like grown men, or the grown men threatening the West like young boys. 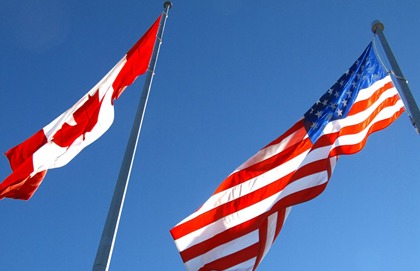 Really, the entire Islamic State, or the screened screening that we're getting from VICE, would be almost entirely laughable if it weren't so absolutely horrifying. In part three especially, we watch as the smiling Hisba—a morality police of sorts—walk the streets to ensure that Sharia is being obeyed. They inquire about the price of mutton and beef to ensure fairness, they ask a passerby if he drinks alcohol to ensure sobriety, and they even question a young man about the type of fabric his wife is wearing to preserve her innocence. They challenge the reporter to find one drunk, one homosexual, or one thief on their streets. And there is an air of affable jocularity one could almost enjoy if it weren't always undermined by the fact that the Hisba are armed to the teeth. Because really, if people won't be good out of a love for the law, they surely will out of a fear for their lives.

After watching these brief clips on the Islamic State, I reread Jonathan Chaplin's piece about his kind of Christian nation. I would recommend you do, too. The piece is not only a breath of fresh air, but a startlingly beautiful foil to the awful joke that is ISIS. What I really love about the vision Chaplin shares is how he lays out the process for its attainment:

To edge closer to such a righteous polity would take the concerted, cooperative and decades-long efforts of large swathes of an increasingly diverse citizenry. Citizens in such a plural society would find inspiration in a wide range of partly convergent, partly clashing, worldviews, faiths, cultural traditions, and ethical visions. The route towards it would be full of boisterous, passionate, angry, and sometimes stalemated public contestation in which no viewpoint would enjoy official public primacy. It would presuppose what Rowan Williams has called "an argumentative democracy."

This nation is not built quickly through war and the extermination of competing voices, but rather works slowly within the democratic institutions and freedoms we can thank for the fumes of Christian capital on which we're still running. And although Chaplin doesn't quite use this language, it struck me that his vision of a Christian nation allows for such a rigorous tolerance not because it endorses any sort of vapid relativism that would paralyze us from taking action against ISIS. If it did, why would we even bother arguing the truth at all? Instead, it's rooted in a healthy understanding of how we're called to love others even when we disagree: to forgive others as we'd like to be forgiven and to love others as we already love ourselves. In other words, it's a society built on love, which in its perfect state casts out all fear.

But Chaplin's dream is not the nation we live in, it's merely the nation he argues we might want. It's a goal for the future, and as such, it presupposes a certain standard of value we could associate with that passé term: civilization. So, I'm not saying ISIS does not need to be stopped. In fact, I absolutely believe that it must be, and by all the force that the civilized world—if it could even recover the use of that word today—can muster. We don't trust words like civilized and barbarous today, and to be sure, they have had their troubled pasts. But if we believe these words never attach onto anything, than we are living in a world flabby with tolerance, flaccid with relativism.

Who knows? Maybe the nightmarish narratives coming out of ISIS are enough to wake us up to a world we should be afraid to enter, and to the dream societies we ought to start building.