I’m not going to say I was close to him because, really, I wasn’t. After he left the school I only saw him a handful of times at various community events. He would be a bit weaker each time. First it was a slight tremor of the hands, then a general wobbling of the legs. He began using a wheelchair in short order ... or so it seemed to me on the outside. I’m sure each day of that first year was nothing short of a lifetime for him. What would go next?  I couldn’t imagine the terror of losing control over my body and knowing step by step how it would happen. I couldn’t—still can’t—imagine what dark valleys one would wander as the body became an anchor and the mind stayed afloat. This was really the unmaking of a life, and it was on public display.

In his last years, I really only knew him through the blog he and his loved ones kept as he journeyed down the lonely, terrifying road of ALS. Of course, his stories show much more than loneliness and fear. There was also a lot of hope and love and a resilient courage under it all.

His name was Jack. He was the principal of the small Christian school where I taught English for several years. He hired me, and I remember how he drove all the way out to our Toronto apartment to have me sign my first teaching contract. He was that kind of guy, at least how I knew him: eager to get things done and excited when they were. For two years he would greet me in the morning with a smile, stop to chat in my office about how things were going, and share stories of the (admittedly wild) days of teaching in a small, rural, Christian school in the late ’70s and early ’80s. He taught class, he ran the school, and what always struck me as most remarkable: he shovelled and salted the snowy walks before the buses arrived. He never seemed above this menial job; in fact, I think he loved doing it more than lots of things. 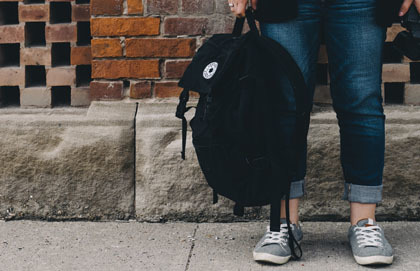 At a staff meeting around Christmas, he announced that his worst fears had been confirmed. It started with a paper clip, he had said. One day, he noticed that he couldn’t quite lift one from his desk. His fingers just wouldn’t respond. The tiny nerve endings were losing their protective coating and basically shorting out, or so the doctors said. And there was really nothing yet anyone could do to stop it. Jack explained that ALS usually started with the fingers and toes, but eventually took over the whole body. It was all-consuming. There would be back spasms and muscle loss. He wouldn’t be able to walk in a while. Or swallow. Or talk. Or even go to the bathroom. This, he knew, was the undignified end towards which he was rapidly, inevitably sliding.

But what did I know about dignity?

A year later, Jack came to visit the school for an assembly. He had retired at this point but was still able to talk, so he spoke to the students that morning about losing control (“giving it up” was how he phrased it), about being God’s vessel, about learning to trust and walk day by day bearing this cross he’d been given. Jack was almost a stereotype of the Christian hero standing there, his weakness evident in the crutches propping him up, but his resolution and purpose unbroken. But after he sat down amidst all the young life around him in that hall, he started shaking with slow shoulder-heaving sobs.

I wonder why, at this moment, my gut reaction was to shield the students from Jack, or Jack from them. To see the man who no doubt at some point put fear and respect into most of them now so visibly broken seemed out of place. Of course, it wasn’t. The students and the community were learning to grieve, learning that pain and death were not just ideas one could explain from catechism, and definitely not ideas that demanded a stiff-upper-lipped stoicism. Death was palpable in that room. Death was present. It was something so grievous it bordered on dread.

Recently, I had Sufjan Stevens playing on my iPod as I was driving. “Casimir Pulaski Day” traces a young girl’s death from cancer, and as the narrator reflects on the girl’s passing, he talks about God, and how “he takes and he takes and he takes.” It’s such a curious and beautiful and haunting song, particularly because the line is butted up against the narrator’s repeated awe of “all the glory that the Lord has made.” It’s all right there, just given with such wild abandon, rarely waiting for us to ask. But then, just like that, it’s taken away. As if God simply exhaled, inhaled, and that was a life. We can’t say it’s unjust, but we still want to.

At the end of the song, though, Stevens turns to that moment of glory “when [God] took our place, / but he took my shoulders and he shook my face.” It’s a fascinating arrangement of ideas. The death of Christ, the Word of Life that created the entire cosmos, was the death meant for all mankind. Death, whom Paul calls the last enemy, was the just end; it crept into the world to shake it to its very foundations, to unmake it.  Yet God, the unshakable, came to undo death. So why does God still allow death? Why did he grab Jack by the shoulders and shake his face? Why will he eventually do it to us? Perhaps because even we, if we're to be made ready for our new life, need to be shaken till only that which is unshakeable remains. Perhaps even death is not so much a series of takings, but the final gift at the end of our rebirth, from which we emerge into new life.