Eighty per cent of Canadians will, according to The Sustainability Report, live in urban areas within two years—the exact opposite of the nation's structure shortly after Confederation.

About half of those urbanites will live in, or adjacent to, the nation's six largest cities of Toronto, Montreal, Vancouver, Calgary, Edmonton and Ottawa. Now, there is much to be said in favour of urban life. It is in a great many ways a softer life, filled with bright lights and entertainment and other people. “Buzz” is everywhere. Jobs are more commonly found without the disruption of relocation and usually there is a plethora of coffee shops, pubs, restaurants, and gathering places. Cities are filled with surprises and delights.

So why do I find them increasingly less attractive?

I am open to the idea that this is simply another manifestation of my inner contrarian; that if the herd is moving in a certain direction I am instinctively driven to separate myself from it and trot off—ever so cheerfully—to another pasture even if this proves to be a disadvantage. No doubt there's something to that theory. 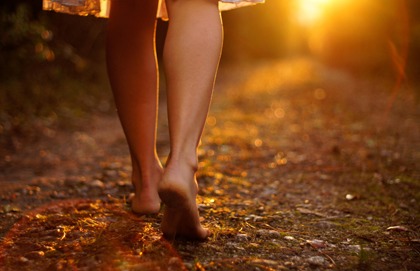 Enchantment and God's Green World
Two-Way Streets: Where Efficiency Isn't Everything
Engaging Those Who Disagree

Except that while I am not opposed to cities and enjoy much of what they have to offer, they are beginning to irritate me. They seem to me to be increasingly less civil. I am witnessing more road rage and queue rage. Young men and women in noisy, clattering trucks seem more likely to give the finger to little old ladies on the road than to assist them. And are there urbanites left anywhere with any patience for traffic jams and snow route days or each other? It seems we are becoming consumed by an overwhelming sense of hurry.

I fear we are, in our rush to live the latte lifestyle, actually de-civilizing instead of sophisticating.

This feeling always comes after I spend a few days outside of big cities and find myself succumbing to the charms of places such as Yellowknife, Timmins, Grande Prairie (which is actually pretty large now by 20th century standards), Slave Lake, Athabaska and even little Westlock. City people like to think there's something weird about people who live in these places. I (see above) hold to the contrary view.

Non-urbanites drive to the office, after all, in five to 15 minutes instead of an hour to an hour and a half which is, sadly, a fate common for far too many inhabitants of major cities. That's a lot of time difference. Two hours a day commuting, maybe, back and forth. Which adds up to 10 hours a week (two rounds of golf), or, to make it simple, about two and a half years over a 40-year career that a city-dweller will never get back.

A fellow I recently met in one of these centres explained to me that he is able, in addition to managing his business, to keep five horses on 17 (quite affordable) acres just outside town while, nearby, he has two quarter sections of farmland. For him it is a dream life, if somewhat anachronistic to an era in which family farms are being abandoned and sold to large corporate farming operations. Young people, you see, prefer to live in cities where, perhaps most profoundly, they will no longer be able to really see the stars at night.

The value of staring at the heavens in awe, as most of us used to be able to do, is tremendously under-rated. You can feel that sense of wonder and smallness; the inexplicable understanding that there is so much more that we cannot understand. There is a huge difference between a culture that is humbled by the stars and one which lets you think you are one.