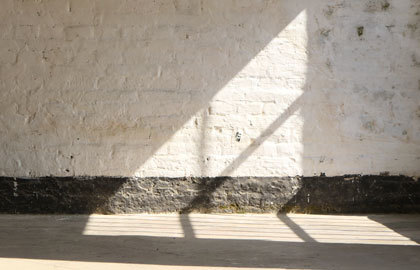 Illuminating the Reality of Injustice March 11, 2020  |  By Anthony Bakerdjian
Print

What’s at stake when we tolerate inequality and injustice? This is the central question of the film Just Mercy according to Bryan Stevenson, founder of the Equal Justice Initiative, and the main character of the film.

Just Mercy, directed by Destin Daniel Cretton, premiered at the Toronto International Film Festival in September. It tells the true story of Bryan Stevenson (Michael B. Jordan), a young Harvard law graduate who moves to Montgomeryville, Alabama in the early '90s to represent those who are incarcerated and placed on death row, often without proper legal representation or a fair trial. One case in particular, which is the focus of the film, is that of Walter “Johnny D” McMillian (Jamie Foxx), an African-American man who was wrongly accused of murdering a young white woman.

The film, based on Bryan Stevenson’s memoir, Just Mercy: A Story of Justice and Redemption, is a powerful and moving portrayal of the very real injustice and oppression, motivated by racism and bigotry, which continues to deprive men of their freedom and their lives. It depicts the origins of Equal Justice Initiative, which continues even now to provide legal representation in the state of Alabama to those who have been illegally convicted, unfairly sentenced, or abused by state jails and prisons. Both the film and Stevenson’s memoir focus on the lives of those on the receiving end of an unjust justice system. By emphasizing the inmates’ humanity, these works prompt viewers and readers to reflect on the ways they might allow or confront real-life injustices.

For the most part the film progresses like any courtroom drama, covering considerable narrative ground, with several legal twists and turns along the way. Whether through McMillian’s initial unwillingness to be helped by Stevenson or the continual roadblocks put in Stevenson’s path by the state’s newly appointed district attorney Tommy Chapman (Rafe Spall), the film exposes the implicit and explicit ways in which hate and bigotry operate within the American judicial system. Despite these shocking instances of judicial ineptitude, the film never really makes full use of the medium’s capacity for visual storytelling. At best, close-ups of the actors’ faces are used to humanize death-row inmates and restore humanity to cruel, racist prison guards, conveying the message that people on both sides of the law are in need of redemption.

The York University Question: It's not about sex—it's about the law
Beware of the Cross Police . . . or, Let's Make Crosses Mandatory for Christians
The Upside-Down Moral Economy

Where the film particularly shines is through the captivating performances of Foxx as McMillian and Morgan as Herbert Richardson, a fellow inmate on death-row. Unlike McMillian, Richardson is guilty of his crime (placing a small bomb on a porch that killed a woman when it exploded). The film questions the rightness of Richardson’s punishment given that he is a Vietnam war veteran suffering from PTSD and would instead benefit from receiving mental healthcare. Through these portrayals, the audience is confronted with the emotional, psychological and physical suffering endured by these men who, by not receiving fair or equal treatment under the law, were brutalized and dehumanized.

By bringing to light the realities experienced by Richardson and McMillian, Just Mercy invites us to change the way we see our world and ourselves. When confronted with their stories, one can’t help but wonder how such injustices can happen. How is justice served when truth is ignored? It is impossible to answer these questions without considering how these systems and practices find their heritage in slavery and the era of Jim Crow. In doing so, we are brought back to the original question of the film: what is at stake when we tolerate injustice and inequality?

For the past 30 years, Bryan Stevenson and the Equal Justice Initiative have sought to answer these questions through their representation of death row inmates, and more recently, through the opening of their Legacy Museum: From Enslavement to Mass Incarceration, a memorial that traces the legacy of slavery, lynching, and racial segregation in the United States. By acknowledging this history, the museum seeks to contribute to advancing their collective goal of equal justice for all.

It is easy to walk out of the theatre and think that these events are only something that happen in the American Deep South and not consider how prejudice imbeds itself into our own systems of justice—and this would be to miss the point of the film. As Canadians, we need to ask ourselves, in what ways are the marginalized and vulnerable exploited in our own [Canadian] context? In what ways are we tolerating inequality and justice; and, what can we do to stand up against it?

To learn more about the important work being done by Bryan Stevenson and many others at the Equal Justice Initiative, please go to their website: https://eji.org