Today, we are a mostly impatient lot. We have trouble waiting five minutes for a coffee and fume if a flight is late. It is difficult to imagine that we might have to wait decades for something. In the world of ideas, things don't always move quickly. Most of us can't persist in developing a line of inquiry for weeks and months, never mind years or decades. But some very interesting and valuable ideas take a long time to find their way.

I've been a fan of C. S. "Buzz" Holling ever since I read his remarkable panarchy paper years ago. In 1973 while working at the University of British Columbia, Holling wrote a paper that was rather different than what his ecology colleagues at the time were writing. He rejected closed system, linear analysis of ecological systems that were based on equilibrium thinking. The dominant ideas (and given the rigidity of academia, dominant is probably too light a word) in the early 70's tended to emphasize that populations of animals, plants, and people, move away from stable equilibrium when pressured by disease, predators, etc., and back to equilibrium when the threat is gone. This is true in some cases but Holling happened on a critical variance. 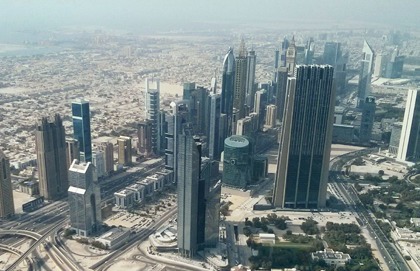 Better Cities from Better Planning
The great issue of our day
Mass Deviance: An Innovation Super-power?

In time, Holling came to see that the assumptions of an equilibrium, command-control framework left out many important factors, including the observation that in some cases, when a population fell below a certain threshold, it never returned to its previous state even if the condition that led to the decline in the population was removed. If you take too many fish out of a lake, a total ban on fishing may not, even after decades, lead to the growth of a population similar to what was there before the decline. In Holling's theoretical and empirical framework, the system settled into a stable state that was far from the earlier supposed equilibrium.

In a recent interview, Holling recollected how that 1973 paper and attendant ideas didn't gain real traction for decades. At the end of his career and now in retirement, his work has contributed to institutions like the Stockholm Resilience Centre and has led to awards and increasing recognition with some now referring to Holling as the father of resilience theory.

His advice, when asked about what he would do now if he was just starting a research career, was that it is absolutely essential to pursue something that fascinates you. He suggests visiting your past to see what, as a child, captured your imagination, mesmerized you, piqued your excitement. Then, find ways to pursue that. There needs to be some deeply rooted ticking thing in your heart that fuels your pursuit. Coming from someone who waited decades to see his ideas gain acceptance, I think that's worth considering.

We all know of historic examples of people who had ideas that were not recognized until long after they were dead. In that sense, I suppose Holling's wait has not been as long as some. In either case, it is important that we avoid developing short-term success horizons.

"Shrinking city budgets have obvious implications for infrastructure Hazel Borys wrote a great article on getting small as a way for cities to bump up their thriving ...

He notes that 50% of workers in the world operate outside of formal structures and that projections suggest that, "By 2020 the informal economy will encompass two thirds of the global workforce, according to the Organization for Economic Co-operation and Development" (p 58 of the print issue, Septem...