Diversity concerns have been front and centre in recent days. The prime minister characterized a woman’s view as “racist” after she heckled him; Maxime Bernier criticized “extreme multiculturalism” before he left the Conservative Party to set up his own.

I offer as an example the Canadian Football League’s “Diversity is Strength” campaign. It was launched in 2017 as the CFL’s contribution to Canada 150. In fact, the launch of the program, the most visible element of which is players and coaches wearing “Diversity is Strength” T-shirts, was moved up several weeks in response to the racist rally held in Charlottesville last summer.

In 2018, the campaign continues, and was especially highlighted this past weekend. Herewith the CFL’s promotion of its initiative:

This League, like this country, prides itself on its diverse makeup. We know that our strength comes from diversity - be that of heritage, orientation, religion, ability, thought, and so much more. This League has a longstanding tradition of welcoming players, people, from all types of backgrounds; from signing the first black quarterback to the first openly gay player, we consider diversity to be an integral part of who we are. This is why we're thrilled to celebrate our diverse country, players, and fans this season during Weeks 10 and 11 across the country.

Routine enough, as it goes. But why does “ability” appear in the list of “our strength comes from diversity?” Can it be honestly said that a professional sports league features diversity in ability? Is the league made stronger by including slower receivers as well as faster ones, smaller lineman as well as larger ones, weaker players as well as stronger ones?

In point of fact, the CFL favours a rather narrow spectrum of ability. It also tends to favour younger players (cheaper salaries) over older ones, and American players over Canadian ones. Hence the minimum quota system for the latter. 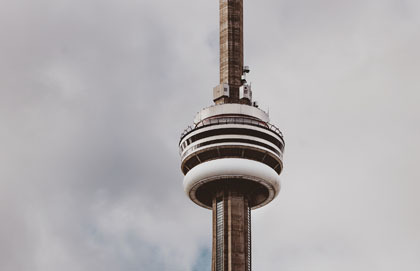 We know what the CFL means, namely that it gives opportunity to those from diverse racial and ethnic and immigrant backgrounds on the basis of their – what’s the word? – “ability” to play football. That’s a fair claim and an important one. But sloppy rhetoric makes a false claim. The CFL does not celebrate diversity of ability, but rather seeks to celebrate a fairly narrow definition of it. Which is standard for all elite athletics.

The CFL commissioner, Randy Ambrosie, is enthusiastic but makes the same false claim:

[The 2018] initiative builds on the strength of the campaign we launched a year ago, when CFL coaches, players and fans rallied around this positive message by donning Diversity Is Strength T-shirts. Football is the ultimate team game because it welcomes and includes participants from every background as well as of every shape and size. It’s in this spirit that we invite and welcome all Canadians, be they Canadians by birth or Canadians by choice, to join us in our stadiums.

Every shape and size? I suppose that a safety is of a different shape and size than an offensive tackle, but while the general population includes many men who are five foot five and 140 lbs., the CFL cannot be said to “welcome and include” them on the field. And one might also note that the league is a bit short of women players.

The CFL’s main point remains. That a player who can play should not be excluded because he is of a particular “heritage, orientation, religion” etc. But the very criteria of who can play are determined not by a diversity of abilities but by a unified purpose: Do you have the physical talents, mental acuity and necessary character to be a good football player? If so, you are welcome. If not, you get cut.

Diversity in sports is a delicate matter, to be sure. Should a mostly white school think twice about fielding a mostly black team? Is it better for diversity, or is it somehow unrepresentative? Some American universities determine there too many Asian students and limit their admission. Could it be argued there are too many football players of one race or another? Nobody makes that argument, for good reason.

In sports, diversity is supposed to serve a unity of purpose, namely the success of the football team in winning games. And that can be extended further. Diversity needs to have a centre of unity, a common mission and purpose. That’s why the same prime minister who speaks endlessly about diversity also speaks endlessly about Canadian values: diversity united by a common purpose. Indeed, the same prime minister who celebrates diversity of identities moves quite strongly against diversity of opinion.

St. Paul was an early advocate of diversity, as he lays out the nature of the Church in I Corinthians 12:1-14. But Paul praises “variety” always in the context of unity. Many parts, one body. Many gifts, one Spirit. Many types of service, one Lord. Much diversity, fundamental unity:

Now concerning spiritual gifts, brethren, I do not want you to be uninformed. You know that when you were heathen, you were led astray to dumb idols, however you may have been moved. Therefore, I want you to understand that no one speaking by the Spirit of God ever says "Jesus be cursed!" and no one can say "Jesus is Lord" except by the Holy Spirit. Now there are varieties of gifts, but the same Spirit; and there are varieties of service, but the same Lord; and there are varieties of working, but it is the same God who inspires them all in every one. To each is given the manifestation of the Spirit for the common good. To one is given through the Spirit the utterance of wisdom, and to another the utterance of knowledge according to the same Spirit, to another faith by the same Spirit, to another gifts of healing by the one Spirit, to another the working of miracles, to another prophecy, to another the ability to distinguish between spirits, to another various kinds of tongues, to another the interpretation of tongues. All these are inspired by one and the same Spirit, who apportions to each one individually as he wills. For just as the body is one and has many members, and all the members of the body, though many, are one body, so it is with Christ. For by one Spirit we were all baptized into one body--Jews or Greeks, slaves or free--and all were made to drink of one Spirit. For the body does not consist of one member but of many.

Diversity separated from unity is generally not a good thing. Football teams more than most know that, and coaches insist on unity of purpose, unity of discipline and unity of performance. Diversity is strength, but on the football field and in our common life, it is unity that is stronger still, and that provides the context in which diversity can be welcomed and can thrive.

In the place where the NHL's heart should be

Hockey is that kind of game, but the NHL is not that kind of hockey league There comes a point, often a very sharp point, in almost every adult North American male's life when he clues in to what the women around him have known since childhood: that screen in front of you where those players are pla...