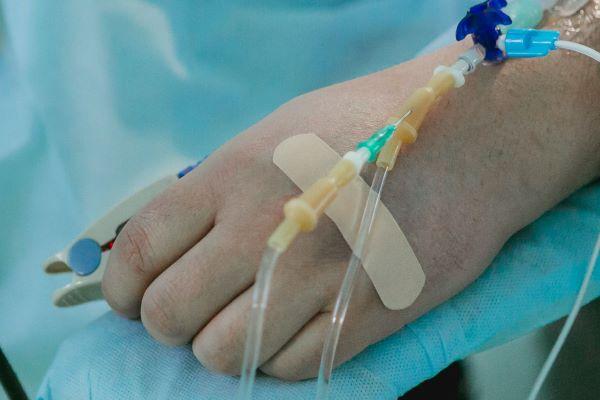 Picture yourself as doctor trying to prevent a patient in a fugue state from inflicting horrendous self-harm.

Now imagine your medical speciality is palliative care and you are turning to all the skills that 17 years of professional training have developed to wake your entire country before it boards the “death train” to unrestricted Medical Assistance in Dying.

Whatever your personal convictions about so-called MAiD, if you can enter into even part of those thought experiments, you can conceive the urgency in Dr. Leonie Herx voice as she articulates her opposition to the federal Liberal government’s proposed Bill C-7 that radically expands MAiD’s place in Canadian health care.

“Patients look to us for recommendations to help them address their illnesses and whatever comes their way from a healthcare perspective,” Dr. Herx tells Convivium in an interview. “Now, we’re being forced by the government to say ‘Well, death is the solution.”

Her resumé negates that being dismissed as generic political alarmism. An associate professor in the Queen’s University Schools of Medicine, chair of the division of palliative medicine, holder of an endowed chair, and director of palliative care at Providence Care. She’s not only a medical doctor but also holds a doctorate from the University of Calgary, where she worked for a decade in family and palliative medicine.

Impressive as her CV is, it’s critical to stress that Dr. Herx is one of the few people I’ve interviewed in a lifetime of journalism who speaks in startlingly complete, clear, and clearly balanced sentences. She does not toss off the triteness of talking points. Nor does she speak from only conviction. Her words are weighed in the balance of deep direct experience and insights tested first-hand.

More, she is one of more than 750 Canadian doctors who recently signed an open letter to the Trudeau government delineating foundational flaws of the new MAiD legislation now being studied by the House of Commons Justice Committee. Her voice must be appreciated as part of a chorus as well as for its individual resonance.

So, when she joins her colleagues in describing Bill C-7 as “reckless,” she’s actually engaging in understatement. As her points against the new MAiD bill are made in succession, what emerges is a medical disaster in the making, one that risks sweeping away the very nature of medicine as we know it. The implications, now and for future generations, tempt the dystopian.

“Patients look to us for recommendations to help them address their illnesses and whatever comes their way from a healthcare perspective... Now, we’re being forced by the government to say ‘Well, death is the solution.’”

“(MAiD) was intended to be a last resort when all other measures had failed and someone had irremediable suffering close to the end of life. (Bill C-7) makes death on demand available to anyone who wants it. It’s a radical shift for medicine,” Dr. Herx says.

The recent open letter might have been publicly addressed to the Liberal government, but its real audience was meant to be non-politicized Canadians unaware of just how radical the shift will be. Included in that crowd, she notes, are “most physicians aren’t aware of what this Bill means for their practices, and for medicine itself,”

Two key changes proposed by the new legislation are at the surface of concern. One is the removal of a 10-day waiting period which was carefully structured into Canada’s 2016 legislation legalizing MAiD to make sure those opting for it were sure it was what they wanted. There are no second thoughts or do-overs, after all, once the needle for the lethal injection slides into the arm. On the other hand, the immediate impulse for death devoutly wished borders on the common for those who’ve just received jolting news about their own mortality.

“People often express a desire for hastened death out of anxiety, fear, depression, loneliness. It’s (part of) the existential crisis when you face the possibility of your own death. Almost everybody will imagine a world where they’re not in existence anymore, and what that means, so talking about dying and death is a normal part of grieving that changes over time. They don’t necessarily want to end their life by a lethal injection,” she says.

But as Herx and her 750 colleagues warned in their public letter, removing the waiting period raises the very real risk of being diagnosed, referred for MAiD, and medically killed in a single day: “It’s going to increase the risk of premature death (being) chosen in haste by someone who would’ve otherwise changed their mind had the waiting period still been in place,” she says. 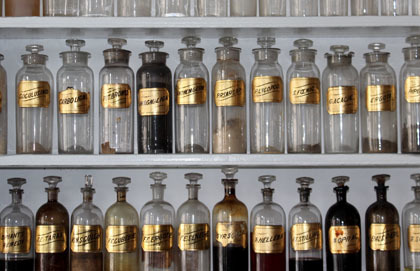 Ominous as that sounds, the second concern involves a seemingly banal bureaucratic switcheroo by which medical aid in dying will take on a life of its own. Under existing legislation, two independent witnesses are required to attest that the request for MAiD is done without coercion by family members or healthcare providers. The new law, if passed, would reduce the requirement to one witness who could be a doctor or nurse practitioner. What’s the problem with that?

“It’s very reckless because the healthcare team might have a significant bias (toward MAiD), and there is a differential in expertise between the team and the patient. The difference in authority or power does exist, and is a form of coercion, whether subtle or overt. It’s reckless in its haste,” Dr. Herx says.

“You could be diagnosed with a serious illness and become dead on the same day if it’s felt your death is reasonably foreseeable (because) there’s no definition around what’s reasonably foreseeable.  It’s reckless in making Canada the only country in the world setting this new standard for medicine where we’re putting death over known, existing, well-tolerated treatments,” she adds.

“It’s reckless in making Canada the only country in the world setting this new standard for medicine where we’re putting death over known, existing, well-tolerated treatments.”

But the “authority or power” accruing to MAiD teams in healthcare under the new legislation has even graver implications than the endangerment of individual patient lives. Already, Dr. Herx says, the sequence of requesting medical death, being approved for it, and having it administered has been reduced to a “technical” process in which many patients feel there’s an immediate point of no return.

“I’ve had patients tell me that once they get on, and this is a quote, they’re on ‘the death train’ that’s very hard to get off. It’s much easier for it to be this technical ‘We can just give you this injection, sign here, sign here, and sign here.’

Herx declines to assign ideological culpability for that momentum, that is to point fingers at some malfeasant cabal in the medical, or even political, world. Rather, she says, it’s a consequence of a health system strained for resources and staffed by well-intentioned human beings shouldering next-to-impossible workloads. Adding the pressure of Bill C-7’s “death on demand” ethos will have the horrifying consequence, she warns, of fusing MAiD so intrinsically into the practice of palliative care that they will become indistinguishable.  Before long, MAiD as the go-to medical choice will be palliative care’s death knell.

Already, that outcome is beginning to assert itself in our economic terms. Palliative care has always been woefully underfunded, which is why some studies have shown only 30 percent of Canadians have meaningful access to it. But something even more pure than top dog dollars and cents is happening.

“The physicians in Ontario who provide MAiD argued that of the indirect care that they provide – the time for reviewing charts, talking to family members, writing up reports, should all be billable to the ministry of health. They’re using palliative care billing codes to provide MAiD. The government gave them permission to use (the billing codes) for all that indirect work, even for the driving time to go to a person’s house.

“We in palliative care are not allowed to use those codes for any work done indirectly. So, while we spend many hours talking to family members and liaising with home care nurses to get care in place, with pharmacies to order medications, and driving to a person’s house, we are not able to bill for any of that time. It’s a concrete example of how disparate the support is for MAiD and palliative care. MAiD is being (paid for) as palliative care in the eyes of the ministry of health.”

Political “wisdom” from the 1960s infamously insisted that power comes from the barrel of a gun. Typically, it was wrong. Power comes from the public dollars dispensed out of a politician’s billfold. The willingness of the political class to transfer palliative care dollars into billable hours for medically administered lethal injections is an irrefutable marker of the power shift to MAiD from what Canadians prior to 2016 understood as medical care.

Indeed, Herx notes, many of her fellow physicians go to work even now oblivious to what palliative care concretely means. When the expansion envisioned by Bill C-7 rips through the health care system? Consider this: while the signatories to the recent public letter were delighted to attract more than 750 names, Herx says she was personally contacted by many others who wanted to sign but were afraid of the professional consequences.

“I’ve had physicians, medical students and residents contact me directly to say they share the concerns and want to have a voice, but they are afraid to speak up. They absolutely cannot have their names released on a website for fear of not being matched to a residency program, of not getting a position, of losing hospital privileges. It’s a really difficult climate in Canada, and within the medical culture, to be an advocate for patient safety, and for vulnerable citizens, because you’re seen as just being anti-MAiD.”

That holds, she says, even for those who are pro-palliative care, i.e., trained for and committed to accompanying the ill, the weak, the vulnerable with supportive care and pain reduction until natural death occurs.

“As soon as MAiD was legalized, it was seen as end-of-life care, and so part of palliative care. We have to help people understand, no, actually, we provide expert, impeccable symptom management addressing all aspects of what it means to be human and to suffer. We don’t do things to hasten or delay death. Our goal is to help people in living until they die.”

As opposed to offering “death on demand” such that the demand to get on board will rise in direct correlation to legislative efforts to permit it? Is that what will happen as the shiny new version of the “death train” pulls out of the station?

“The easy answer is to give the injection rather than spending the hours, days, weeks and months accompanying people and getting to the heart of their suffering. It will become the default. It truly is just horrific, and so few people really seem to know it. We need to get people talking and asking questions. Everybody should read this bill.”