“Where are you from?”

When asked this common “get-to-know-you question,” I usually chuckle and offer this response:

“It's a bit complicated.”

My life has been defined by an odd collection of temporary homes, and half-finished houses sprinkled across various cities, states, and countries. With each packed suitcase, my understanding of home has morphed. The idyllic image of home is a popular theme woven throughout literature, film, and music. We often think of home within the confines of a dwelling, but it is more; it's simultaneously a place, a feeling, and an idea. It must meet a physical need and fulfill our deep desire for a place that holds a mutual sense of belonging.

My vagabond experiences have made me appreciate the vital importance of dwelling in a place long enough to realize its flaws and the need to address them. Witnessing paint peel, hinges rust, and windows crack is a timeless privilege that practically allows us to practice restoration. While this is a personal revelation, it also has greater social application to the current state of Canada.

Cardus, in partnership with the Angus Reid Institute, conducted a study revealing trends among leaders in Canada, young and old, capturing an array of cultural concerns across several generations. One particularly interesting aspect of the study is how the younger demographic viewed the concept of home.

[N]early fifty percent of leaders in their 20’s [identify] with this narrative of “moving out” rather than fixing what’s broken in Canada.

Among those aged 19 to 31, the data points to a growing sense of detachment pertaining to their relationship with their country. Over half of the respondents in this group view Canada as “where they live” but would move if opportunities presented themselves elsewhere. It seems their sense of home and attachment to their country is fluid, if not weak. 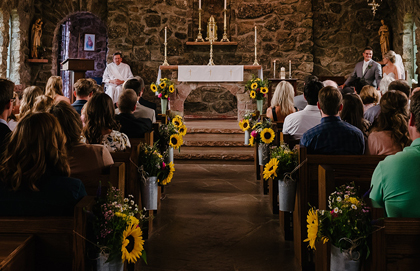 Love Coming and Going
Trying to Find a Place in This World
A Rude Awokening for Justin Trudeau?

While living in the southern United States, I experienced a generous dose of American patriotism- along with boots, hats, “y’alls.” While there are both harmful and advantageous aspects of this ideology, a sense of belonging to a place is inherently valuable. Patriotism is an essential aspect of building purpose within the walls of a liberal democracy and encourages us to invest in meaningful ways in our home.

I have the pleasure of knowing an older couple who have given me a glimpse of this virtue. During their 80+ years, they have planted deep roots within their community, as did the generations before them. They live on a small cattle farm where they’ve loved one another in a committed marriage for nearly 70 years, raised children and grandchildren, adopted barn cats and stray dogs, and planted fruit trees and vegetable gardens. They have patiently invested in their home - they’ve embraced it- annual barn repairs and all. Yet, as I reminisce fondly on the summer where I picked delectable plums and harvested juicy tomatoes with a gaggle of neighborhood kids, I wonder what would have come of their farm if they had merely viewed it as nothing more than a place.

I often think of their farm, especially in light of nearly fifty percent of leaders in their 20’s identifying with this narrative of “moving out” rather than fixing what’s broken in Canada. I worry this mindset justifies packing up and leaving when a pipe breaks under our home or moving out when mold appears on our ceiling. In the age of HGTV, are we taking a Love it or List it approach to our country? With massive economic debt, the housing crisis, continued political tensions, and racial strife, it often feels as though our only option is to put “the house” on the market. My generation is caught within a swirling dichotomy of whether we should invest in repairs or just move out.

Today, it’s as though we see two generations standing on their lawn, side-by-side, gazing up at the exact same house, yet with a gaping ideological chasm between them.

Today, it’s as though we see two generations standing on their lawn, side-by-side, gazing up at the exact same house, yet with a gaping ideological chasm between them.

Boomers stand with arms crossed, admiring their home, hearts filled with pride and a sense of accomplishment. Yes, the paint is peeling, and the porch creaks when you walk over that one spot, but their imperfect house is still home. Inside its walls, their family feasted at the dinner table, exchanged presents beneath the twinkling lights of the Christmas tree, reconciled through hurts, and shed tears as their first child left home. Yet, as they glance at the younger generation, a tension of nervous doubt and tentative hope dwells in their hearts. They will inevitably inherit this house. Will they fix the plumbing, mow the lawn and pay the bills? These trivial questions mirror their deeply rooted concerns regarding the next generation’s ability to run a country.

The younger generation stands on the same lawn with an underlying sense of skepticism. We cock our heads and squint our eyes; merely seeing the peeling paint and creaky porch create dissatisfaction and make us call for an upgrade. We see a house, not a home.

My generation lives in fear of missing out on the “next best thing.” We are bombarded with clickbait, upgrades, and instant gratification. The “out with the old- in with the new” mentality is culturally ingrained. Our bulldozer mentality trends towards upgrade- replacing the older generation’s traditional values with modern, sleek, and sexy social architecture.

Each generation is mutually suspicious and stubborn towards the other. After all, both are right to some extent. The doubt of the older generation does not inspire confidence in us, and our over-confidence inspires doubt. It’s an ideological battleground for the future of Canada.

As we stand on our lawn evaluating the status quo and future of our home, standing side-by-side can help us recognize the value in one another’s perspectives. While our house may require a fresh coat of paint and repairs, its foundation is sound. Despite its apparent scrapes and stains, it has housed us. Side-by-side, we stand, with gloves and toolbox in hand as we begin to repair together with mutual respect.

Photo by Birgit Loit on Unsplash.com

"When I meet people who are not from my culture but who share this same fascination with Christ and are trying to figure out how to follow Jesus, there is an instant bond, an instant feeling of being at home."

Trying to Find a Place in This World

In the last seven years, Convivium contributor Haley Welch has moved many times: to new neighbourhoods, new provinces, and new countries. To move on (or away) is not equivalent to editing out the reality of that place from her story, she writes.