There is a lot of talk these days about the sorry state of universities, and even more talk about the even sorrier state of humanities within those universities.

One recurring theme is that universities are too specialized. "Too specialized," in this case, is code-word for either incomprehensibility or marginal futility. Think, for instance, of an English prof who spends fifteen years of his life plumbing the depths of meaning in the fact that Emily Dickinson's corsets were made with narwhal bones rather than with genteel pilot whale bones.

The second theme is isolation. Here it's not that the research makes you scratch your head, or stare forward in a stupor of disbelief that someone gets paid to sniff whale carcasses. Here the problem is that good research has no audience.

And finally, everyone is concerned—as in everything—about the cost of all these humanities. "We spent fifty grand on what?" People get incensed about paying for seemingly ridiculous research, but what you—we—are really paying for is salaries, offices, chairs, paper, electricity etc. Research in the modern university costs money. Lots of it.

For one reason or another—you see it even on this blog—the humanities tend to come in for greater scrutiny than the hard sciences. Mark Bauerlein's (admittedly rough) study of the impact of humanities research—measured in terms of citations—shows rather pitiful numbers. These numbers are even more pitiful when considering that each paper costs, conservatively, $25,000 plus the hours and hours of human time. And that only measures the impact within the academic community. My hunch is that a wider survey would be even more dismal.

The numbers for the sciences are equally dismal, if not worse. M.E.J. Newton notes that 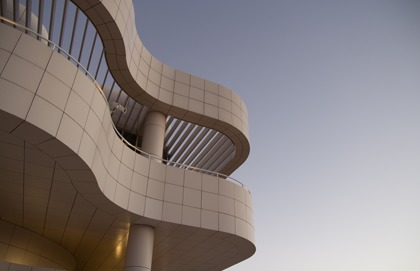 about 47% of all papers in the Science Citation Index have never been cited at all. Of the remainder, 9% have one citation, 6% have two, and it goes down quickly after that. Only 21% of all papers have 10 or more citations, and just 1% have 100 or more.

I should note that I am neither qualified nor disposed to take these stats and turn them into a five point solution to fix the university. My basic point is that universities are supposed to be places in which both the natural world and humanity are to be explored with delight and wonder; a place in which techniques and strategies by which the world can be developed in the service of humanity are considered; and a place in which humanity is made more cognizant of itself. It is a public institution in the best sense of the word.

As a Christian, I hold certain beliefs about what this means, but most people, even those whose beliefs differ from mine, recognize the public nature of the university. And an integral part of the pursuit of this public goal is an expansion of dialogue.

Regardless of what you think about studying what type of whale bones pressed against Emily Dickinson's side, the isolation of modern studies is a genuine problem.

Are there solutions, particularly for the humanities?

While I don't want to make a direct connection, there is a phenomenon which, I think, shows that the hard sciences might be doing a better job at expanding dialogue than the humanities. We brush up against the results of research in the hard sciences more than anything else. That obscure study which examined the impact of direct light on the ability of the brain to concentrate? Well, that made its way into the development of your Kindle, Kobo, or Nook. Why? Because of the business interests involved. Hard sciences are seeing more light of day thanks to business. The feedback mechanisms of the market are inherently dialogical, and can be a boon to the exploration of some of the very questions being asked in the university—both its study and its form.

It's important to recognize that this effect can be negative as well—the humanities are filled with those fretting about the effects of the market on humanity, and many of those concerns are well-founded—but there is a lesson here.

Perhaps business can help the humanities out of its funk?

But perhaps taking the Getty as a gift is an indication of what compromise looks like ...

Draw the Shades on the Fishbowl

Yes, we live in a constitutional democracy in which the public interest, rather than private interest of those in government, takes precedent ...