This week the Cardus staff – from sea to sea, though mostly from Burlington Bay to the Rideau Canal – gathered en masse in Hamilton for our semi-annual gatherings. Herewith three items from the local scene, but of wider interest.

Houses of Good and Ill Repute

Tuesday’s Hamilton Spectator, the paper of record in the Steel City, had a front-page story on the 125th anniversary of St. Joseph’s Roman Catholic Church. Actually, it was a front-page picture with the story inside, is often the case now. (My hometown paper, the Calgary Herald, often goes with all pictures on the front page, and no stories, perhaps tricking the readers into thinking that they are holding a digital screen.)

The story was the standard kindly city feature, with plenty of quotations from the pastor and the stalwart church lady who has been around since she was baptized right there in the baptismal font as a baby. The parish history was covered with emphasis on its diversity (Irish, Italian, Portuguese “and others”), its corporal works of mercy for the poor and the sick, and its excellent acoustics.

There was nothing about the actual worship of God in the church, nor much about religion at all. It’s not unusual in the mainstream press, praise for people who do the good works of Matthew 25 without any reference to the One asking that the good works be done. More than asking of course; Jesus commands that they be done. And those who do not do them will be condemned to Hell for eternity. The words of Jesus, not me. It’s a fact, the cool progressive commands of Matthew 25 are given precisely in the context of the very old school language of death, judgement, Heaven and Hell. Not much of that in the story about St. Joseph’s.

Not to be all judgmental or anything, but there was another good news story on the front page of the same day’s city section. A venerable old Hamilton building known as Hanrahan’s is going to be demolished. It was a hotel in the late 19th-century, but for the last few decades was Hamilton’s last strip club. The strip club closed down in the summer, and now the owners are going to demolish the building and put up apartments and a medical centre.

Out go the strippers and oglers, and in come the families and nurses. Sounds like a win all around. Maybe the pastor of St. Joseph’s could drop around to sprinkle some holy water and say some prayers of banishment for any lingering residue from its decades of female exploitation.

The house of God endures. A house of sin is to be demolished. It doesn’t always work out that way in history, but it has this year in Hamilton.

This week the Cardus staff – from sea to sea, though mostly from Burlington Bay to the Rideau Canal – gathered en masse in Hamilton for our semi-annual gatherings. Herewith three items from the local scene, but of wider interest. 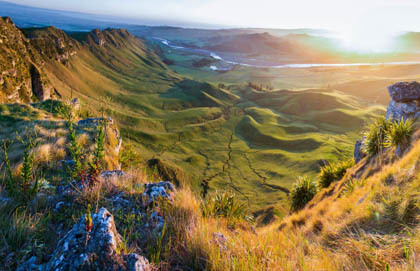 Hospitality for those Looking for a New Home

Timothy P. Schmalz first became famous for his “Homeless Jesus” sculpture, the first one which was installed at Regis College in Toronto and now can be found in dozens of places around the world. It was part of his Matthew 25 series, which depicts Jesus in, to use the phrase of Mother Teresa of Calcutta, the “distressing disguise of the poor” – a homeless man, a beggar, a man imprisoned.

Last Sunday in Rome his new sculpture was (temporarily) erected in St. Peter’s Square, the first time that has been done in four hundred years. The last sculptor so honoured was Bernini. This time it was my friend Timothy from St. Jacobs, Ontario, just about a 90-minute drive from Hamilton.

Timothy is a man out of time, as it were. He sculpts on a monumental scale for public spaces but does so in a way that is rather out of fashion today. He uses the human form, of which he is a master, and fashions public art that, well, can be understood by the public. And if that were not bad enough, he often treats religious themes. It is a testament to his enormous talent that he is thriving today, one of Canada’s most celebrated international artists. He doesn’t have much company in his style of work, though I expect that Bernini might smile upon it.

The sculpture was commissioned by the Vatican to demonstrate the reality of migrants and refugees and the Christian imperative to welcome the sojourner. Schmalz chose to depict 140 migrants and refugees and called his work “Angels Unaware” after Hebrews 13. He chose 140 figures because that’s how many statues of saints Bernini put upon his famous colonnade around St. Peter’s. Pope Francis unveiled the sculpture on September 29, the feast of the holy archangels in the Catholic liturgical calendar.

In the midst of the 140 figures rise a pair of angels wings, indicating that in offering hospitality, many entertained “angels unaware.” The verse from Hebrews 13:2 is itself an echo of Genesis 18, where Abraham entertains unaware God Himself, in the image of three angelic figures.

“It’s based on the Bible,” Timothy said, explaining the image and title of this work. “All the time, when I work, I listen to the Bible. I have been doing this for years, it’s part of my inspiration. The idea came from Hebrews 13:2 – Be welcoming to strangers and many have entertained angels unaware.”

What to serve those guests when they arrive? Perhaps some red meat. Big news all over the world was made last week from a study in the Annals of Internal Medicine, where Dr. Gordon Guyatt from McMaster University and his colleagues reported that the evidence for avoiding red meat for health reasons was very weak. We should have had Dr. Guyatt over to our meeting room for a little advice about what to put on the grill.

The paper, as reported, is quite restrained in its claims, arguing that we know with far less certainty than is claimed about the links between what we eat and what is healthy. Anyone who grew up eating margarine only to discover in middle-age that butter is better – for taste and health – knows of what Dr. Guyatt speaks.

Anyway, as is now growing more common in the world of science, researchers who disagreed with the Guyatt findings loudly complained that his paper should not have been published at all, or at least until it was revised to agree with the existing scientific consensus. All of which sounds more like partisan message control rather than free academic inquiry. And many of the complaints were explicitly political, namely that the Guyatt paper did not take into account the views of the cows and pigs (animal rights) or the atmosphere (climate change). Which it didn’t given that it was about heart disease and diabetes and so forth.

It is no longer surprising, but it should be. It is more possible to have a free discussion in a think tank committed to the Christian tradition than it is in some parts of the academic guild.

Looking forward to returning to Hamilton next year!

Randy Boyagoda took some time to discuss his work on Fr. Neuhaus with Fr. Raymond at the Faith in the Public Square conference in Toronto August 5, 2014.

Editor in Chief Father Raymond J. de Souza reflects on the power of the empty tomb as we head into Easter weekend.

The talents of the late Christie Blatchford cannot easily be matched, writes Fr. Raymond de Souza. But her courage was what made her truly admirable.