The musical Hamilton poses the question of how the American Revolution might have unfolded had the principals been people of colour. All principal roles portraying Washington, Jefferson, Madison, Burr, Lafayette, Laurens and the Schuyler sisters are played by Latino, Chinese American, or African American actors. On the face of it, the temptation is to characterize Hamilton as a “woke” version of American history and Civics 101.

It is anything but.

On the face of it, the temptation is to characterize Hamilton as a “woke” version of American history and Civics 101. It is anything but.

The creator, Lin-Manuel Miranda, does service to those who care about the vision of a civic State and a nationalism rooted in a commitment to certain civic principles, ideals and aspirations. Miranda leverages the culture of rap and hip-hop and puts it in the service of the founding principles of the American Republic and its Constitution.

Miranda celebrates Alexander Hamilton’s contribution to what we now know as The Federalist Papers, a series of essays published pseudonymously from October 1787 to May 1788 as part of the debate on the U.S. Constitution. John Jay wrote five of the essays. James Madison composed twenty-nine. As Leslie Odom Jr.’s Aaron Burr exclaims in the musical, Hamilton published fifty-one!

Although our American brethren sometimes forget, the American Republic was not the first such civic State. The U.S. Constitution (1787-1789) was not the first such constitution. As The Federalist Papers suggest, the American experiment was modelled on what may well be the first truly civic State in the modern era, Great Britain. For the first time – with the possible exception of the Roman Republic – here was a State founded on civic, not tribal nor ethnic, terms.

Firmly in the tradition of Western Christian Civilization, here was a State that recognized the plural exercise of authority. The American Republic adopted the consent of the governed, mediated via John Locke’s 1690 Second Treatise on Government and their own experience. Its machinery of government reflected the principle of the separation of powers synthesized by Montesquieu’s 1748 Spirit of the Laws (L’esprit des lois) from the model he found in the 18th century British parliamentary system of government.

The federal principle of reserving power to the lowest level of government able to exercise it was mediated to them from Calvinist resistance theory and Althusius (Politica, 1603) by way of Pufendorf as well as Montesquieu. The importance of institutions, including marriage and family and Burke’s “little platoons” as found in his Reflections on the Revolution in France. 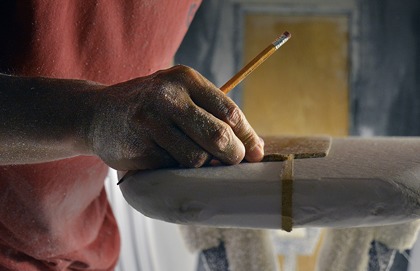 Bad Medicine For Trade Unions
Too Homely for Hollywood?

The preoccupation with Christ’s “Caesar saying” (Matt 22:21; Mark 12:17; Luke 20:25) of some 1500 years of Christian political reflection on the plural exercise of authority and the institutional separation of state and church delivered via Locke’s Letters on Toleration in 1689. A conception of law based not in popular will alone nor in “whatever the courts say it is,” as developed by William Blackstone, a proximate contemporary, in his magisterial 1765–1770 Commentaries on the Laws of England.

Grounded in Ron Chernow’s landmark biography, Miranda’s Hamilton delivers on all of this. Miranda also points to a Hamilton with a social mobility powered by personal ability and work ethic, not by inherited privilege or wealth. Hence, the pronouncement in a line delivered jointly by Lafayette and Hamilton: “Immigrants . . . We get the job done!”

Miranda credits Hamilton with the creation of institutions of banking and credit that served the growth and entrepreneurial aspirations of the young republic. He alludes to Hamilton’s and The Federalist Papers’ suspicion of populism run amok: that populism must be restrained by a bicameral legislature with one chamber of the people and another of the states, and for a president formally elected by an Electoral College. Hamilton acknowledges the desire of a Hamilton friend, John Laurens, to create an African American regiment, but who died in the revolution before he could realize it. The efforts of Hamilton’s widow, Eliza, as an abolitionist are mentioned.

Consistent with the tradition of the Hebrew and Christian Scriptures, Miranda does not shy away from flagging Hamilton’s character flaws: his arrogance, his suffering from what I call “smartest kid in the class syndrome,” his faithlessness in stepping outside the bounds of matrimony and his engaging in the settling of accounts by duelling with pistols. His last duel led to his death at the hand of long-standing friend and rival, Aaron Burr.

So, far from attempting to overturn the narrative on the significance of “the American experiment” or, more precisely, the American version of civic republicanism, Hamilton promotes this narrative among an audience of those who may not have been exposed to it in a civics class, university lecture or graduate school seminar. And it has resonated.

The director Thomas Kail reported that more people streamed Hamilton on July 3 and July 4 following its Disney Plus release than saw it on Broadway during its nearly five-year run. Even the title of John Bolton’s White House Memoir, The Room Where It Happened, references the title of a Hamilton song and dance number.

But . . . in a post-George Floyd remote interview by Robin Roberts with principal members of the 2016 cast following Hamilton’s July 3 release on Disney, doubt arose. Leslie Odom Jr., who portrayed Aaron Burr, reported being contacted by a young woman who said she and her friends looked upon Hamilton not as revolutionary but merely “as a bunch of people of colour telling white people’s story again.”

Is civic republicanism a universal to be aspired to and embraced universally? Or is it just one more ethno-tribal narrative? For those who believe that civic republicanism, broadly construed and including parliamentary democracy, may well be – as Churchill put it – “the worst form of government except for all the others,” there is much work to be done!

Is civic republicanism a universal to be aspired to and embraced universally? Or is it just one more ethno-tribal narrative?

That said, again Miranda has done a public service, introducing a generation who may not have been exposed to the American narrative of civic republican government. What first ran through my mind in the opening minutes of streaming and viewing Hamilton was Emperor Joseph II’s complaint in Forman’s film adaptation of the Peter Shaffer stage play, Amadeus, upon hearing Mozart’s latest work: “Too many notes.”

As I heard Hamilton’s opening hip-hop, rap number, I found myself thinking, “Too many words!” But as it unfolded, Mozart’s retort in Amadeus seemed appropriate: “There are just as many notes, Majesty, as are required.”

In Miranda’s Hamilton there are just as many words as are required.

In Communist Poland, it was a trade union that stuck out its tongue at the apparatchiks who thought that the state knew what was in workers' interests In fact, it is workers' organizations (formal or informal) that spring up in places where the state and the market step out of line ...

Too Homely for Hollywood?