Can ethics be taught? While Ray Pennings' blog last month had mainly to do with ethical economics, his headline question begs broader consideration.

Self-regulation, said Pennings, is foundational to ethics—a deep-seated inner moral compass. But as to how that self-direction is achieved, we are told more about what won't work than on what will. "Following the rules" is not enough to build trust, as Mark Carney argued. Neither is an ethics course or two enough to build moral character.

So, if rules and classrooms are not sufficient to develop good citizens of social, cultural, and economic virtue, to whom or to what do we turn? And just what is this inner moral compass, these virtues that are foundational to the social fabric of the civic life that Pennings calls for?

In his 2010 book After You Believe: Why Christian Character Matters, theologian N.T. Wright offers answers to both questions. The four character strengths identified by the ancients—courage, restraint, cool judgment, and determination—are the "hinges upon which the great door to human fulfillment and flourishing would swing" (p. 34). These moral strengths are central to happiness, according to Aristotle, and are goals in themselves. 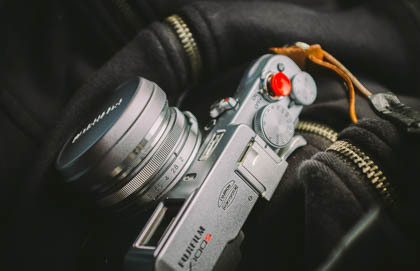 But according to Jesus, Paul, and other early Christians, there is a larger and richer vision for what it means to "live a fulfilled, genuinely human life" (p. 64), for "taking in the whole world, and [placing] humans not as lonely individuals developing their own moral status but as glad citizens of God's coming kingdom" (p. 36). The virtues for citizens of this kingdom include some that were foreign to the Aristotelian proposal: humility, love, forgiveness, mercy, faith, generosity, patience. These and other Christian virtues are about "the whole of life...[about] being a genuine, image-bearing, God-reflecting human being...[which] works out in a million ways, not least in a passion for justice and an eagerness to create and celebrate beauty" (p. 71).

Even better: when you aim for the Christian goal, you get Aristotle's scheme thrown in as well, Wright claims. "Aristotle dreamed of a world where humans would learn the virtues so they might exercise leadership within the political order of the ancient Greek city. Paul speaks of a world where humans will be put in charge of the whole creation...[where] humans are called, in and through Jesus Christ, to become what they were always made to be" (p. 89). More than happiness will be achieved, Wright reminds us—blessedness is the result.

Aim, then, for the full breadth of the Christian virtues, and you will necessarily embody the classical virtues Pennings argues are foundational to our economic well-being and civic happiness.

As an educator, how do I develop these habits of heart and mind that anticipate life in the new world here, now? How do I guide our children to desiring to live magnanimously, beyond pursuing goals of personal fulfillment and happiness?

My favoured educational philosopher, Charlotte Mason (1842-1923) offers a few suggestions: deliver ideas in literary packaging; train habits; and develop relationships. Mason used story as one of her central pedagogical tools, with its vital stimulation of the emotions, to enable children to enter into the actions, lives, and choices of characters, whether real or imagined, situated throughout history. Second, developing good habits so that the mind automatically thinks along the lines necessary for good living was of primary concern to Mason. Without this training children are left to their own devices and whims which could then lead them—through their own weak wills and reasonings—to unfruitful and unhealthy paths. And third, children must be guided to develop relationships with all of life. In developing sustained experiential relationships with plants, birds, animals, seasons, landforms, and weather, children develop affection for creation. In developing relationships with characters, actors, agents, artists, composers, authors, scientists, and others from various places and times, through works of art, literature, and drama, children experience virtue and character in action for themselves and by themselves.

Knowledge, understanding, and practice of virtue and character develop in and through these varied relationships.

So, can character be taught? Indirectly and systematically, it is possible. Exploring the application of Mason's pedagogical proposals in our twenty-first century educational settings is an enticing project, one with implications for civic and social flourishing now, and abundant blessing for all of the new world life to come.