Christmas often brings out the best in Canadians. We dig into our pockets for charity a little more. We volunteer more. And we make more time for friends and family than at other times of the year.

But the holiday sometimes brings out our weirder side too – especially when it comes to Canadian hang-ups about religion.

In Victoria we’ve seen city councillors railing against the municipality’s display of seasonal decorations, arguing it’s inappropriate to display anything religious. In Kitchener, city staff cut off the microphone when a local pastor tried to read the Christmas story during the opening night of the town’s Christkindl Market. And there is the perennial angst about whether it’s appropriate to say Merry Christmas. The central theme in all these cases is discomfort and disquiet about the place of religion in our common and public life.

The coming holidays are a great time to take a deep breath about all this. In fact, annual gatherings around the turkey table over the Christmas holidays might just be the best time to re-think the way we approach the whole religion and holidays question.

In some ways, our hang-ups about religion aren’t surprising. Recent polling that Cardus did with the Angus Reid Institute suggests Canadians have a general aversion to talking religion, turkey drumstick in hand or not.

When asked whether it was okay to try to convince someone to change their religious beliefs (or lack thereof) two-thirds of Canadians in general said the very idea was off-limits. That jumps to 75 per cent among non-religious Canadians but falls to just 37 per cent among those who actively follow a religious faith. 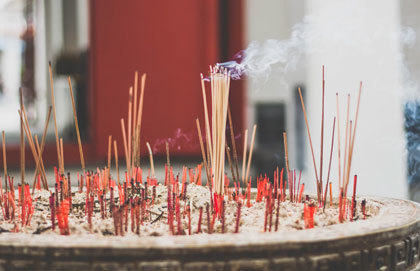 Coming Anew to Religious Faith
Living A Different Answer
Our Country, Our Gospel

Okay, so what about light-hearted joking?

A full 72 per cent of Canadians say it’s never acceptable to make fun of someone’s religious beliefs (while 74 per cent say the same for teasing someone’s lack of beliefs). If you ask only the non-religious, the percentages remain roughly the same at above 70 per cent. Among those practicing a religion, however, 62 per cent say it’s off-limits to mock beliefs, with a slightly higher percentage saying the same for lack of beliefs.

In short, the more religious you are, the more prepared you are to discuss and debate religion, and the more relaxed you are about humorous digs related to it. Chances are that if you’re among those who’d scrap Christmas lights on city property in Victoria, or cut off the mic of a pastor invited to a Christmas market in Kitchener, you’re among the group that doesn’t want to talk – or even joke – about religious beliefs.

Some of that attitude might simply be philosophical. But some of it is probably because those who are non-religious often lack the literacy and vocabulary to talk about matters of faith. And that makes them more likely to avoid the subject altogether.

The same survey found that while a majority of Canadians in general agrees kids in school and government decision-makers should all learn the basics of the world’s major religions, the non-religious were the least likely to agree. They had little objection to religious illiteracy.

Immigrants moving into our neighbourhoods are more likely than not religious, aside from often being young, educated, and liberal. Improved religious literacy allows us to be better neighbours to them. And for those who work among refugees or provide care to new arrivals, religious literacy allows them to do their jobs better. And do we really want our leaders to be ignorant of the world’s belief systems?

Debates about city decorations, Bible-readings at Christmas markets, or holiday greetings imply a mis-placed discomfort about religion. It’s time to get over those hang-ups.

So maybe we can take time over the holidays to brush up on our own religious literacy. If we’re not so uptight about faith and belief, maybe we can have more civil and neighbourly conversations about the subject – and maybe even smile about it too.