You know the song, right? Those lines don’t just open legal drama /soap opera Suits – they capture a sense of the power, the allure, of money. Like an earworm you just can’t get out of your head, money makes everyone want to dance the Greenback Boogie.

Which is why, when a different tune starts playing in the club, when a few people hear it and start moving their bodies to its beat, it’s jarring.

That’s exactly what Anglican Archbishop Justin Welby wants to do this Lent. As unlikely as it seems, this man wants to spin a new tune. The Archbishop of Canterbury’s latest book, Dethroning Mammon, asks you to move your body to a new beat, to break out of the trance and tune your ear to something sweeter.

Now, I think Lecrae does a better job with the actual tunes, but the Archbishop’s message is on point during this season where Christians reflect on their sin and focus on the goal of Easter. It is a time, as Jean Vanier notes in the foreword of Dethroning Mammon, not simply to give something up for the sake of it, or to deprive ourselves of what is good as if suffering is an end in itself, but be liberated from what enslaves us.

Archbishop Welby points out that, in the West, Mammon is the leading slave driver. 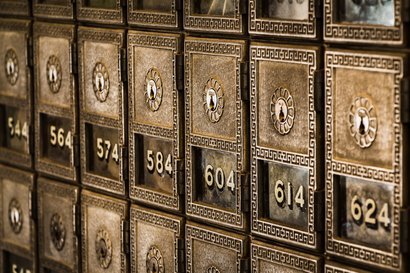 Lending For The Long Term
An Enabling Economy
...when a different tune starts playing in the club, when a few people hear it and start moving their bodies to its beat, it’s jarring.

“The problem with materialism,” he says, “is not that it exists, but that it dominates. It shouts so loudly that it overrides our caring about other things of greater value."

I recommend you join me, and many others, in reading Dethroning Mammon this Lent.

And you might wish to supplement your reading by comparing Archbishop Welby with his Canadian counterparts. The Anglican Church of Canada recently released a Theology of Money – a variation on the theme. And because we know you’re busy people, we at Cardus Work and Economics have done the hard work and read through this document for you.

Needless to say, the Canadian Anglicans agree with their U.K. counterpart on the need to dethrone mammon. But they run the risk of leaving the throne empty. Our review highlights the strengths of that document, and offers some small suggestions for how Anglicans – and all of us – can dethrone money and serve a king who not only wants us to use and make money, but whose first crown was made of thorns.

As you think through these issues this Lent, I would encourage you to reflect on these two images:

The first is Mammon enthroned – full of shimmer, robed in silk, crowned with gold, and holding money bags. But that’s not all he’s holding. Look closer. Note his wounds; note his courtiers; note his footstool.

The sign says he, too, is a king. But note His wounds; note His courtiers; note His footstool.

As another man who danced to his own beat once said, we’ve all got to serve somebody. Which king do you want to serve?

Read Anglicans and Their Money on Cardus’ Work and Economics webpage here.

Lending For The Long Term

Publisher Peter Stockland sits down with Work and Economics Program Director Brian Dijkema to talk about Pay Day Loans. Hear what Dijkema told Convivium before his testimony to the Queen’s Park Standing Committee on Social Policy.