Hospitals are invariably opaque environments where mere mortals are always encouraged to sit quietly without fussing to understand what is self-evidently beyond their ken.

But the president of the Canadian Medical Association broke with saw-bones tradition last week by letting us in on two words that, he said, should get the attention of everyone who uses our health care system.

Those words, Dr. Christopher Simpson said, are "code gridlock." They are used internally to signify local conditions in a particular hospital. But they are also five-alarm symptoms of the emergency condition in which all of public medicine finds itself, Simpson said.

In short, the announcement "code gridlock" means the hospital has exceeded its capacity and, like traffic on an overloaded highway artery, cannot accommodate another single person. More, as Simpson told a Canadian Club of Ottawa luncheon audience, when the words are spoken over a hospital's PA, all medical staff is immediately on notice to begin discharging patients as quickly as fundamental medical care will allow.

And like traffic backing up at a freeway interchange, "code gridlock" at a larger hospital instantly begins to have back-up effects throughout the catchment area. Ambulances transporting emergency cases are sent on a hunt for treatment somewhere else. Elective surgeries are cancelled. Smaller regional hospitals can’t transfer patients needing higher levels of care. As a result, those patients just have to wait.

Worse, Simpson said, what sounds like an anomalous crisis-driven response is becoming the norm for many hospitals. His own hospital, Kingston General, spent 18 days in "code gridlock" during October. He cited the example of another hospital that was in "code gridlock" for seven weeks. In many cases, hospitals are probably violating fire safety codes because of the overload of patients on gurneys in hallways, he said.

Obviously, in a system as complex as a major modern hospital, single causes, and single solutions are the stuff of utopian dreamers. But Simpson argued that a major source of our health care gridlock is the failure to actually save money by treating hospitals as almost-exclusively acute care facilities, and moving chronic care patients into long-term, community, or home care. 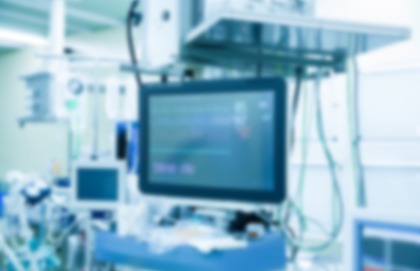 Not only would it free up bed and thereby reduce instance of gridlock, it would actually be healthier for those chronic care patients.

"Hospitals are toxic environments for patients with chronic diseases," he said, citing the prevalence of falls, the increased risk of communicable infection and the lack of appropriate care that's a direct result of overwhelmed systems unable to respond.

"Chronic care patients are essentially trapped. They are not in the right place, not getting the care they deserve."

Alternative Level Care patients, as they're called inside hospitals, are often scorned by harried medical staff as "bed blockers"—as though they are at fault for having chronic diseases and being admitted to hospital for treatment.

“It's not their fault. It's our fault for devising workarounds to keep a broken system afloat.”

The breach in that system, Simpson said starts with the whole idea of hospital-centred care. It is torn wide apart by Canada’s great demographic shift, which has seen life expectancy rise astonishingly over the last century but has also led to the country’s 5.2 million senior citizens comprising 15 per cent of the population yet consuming nearly half of all health care spending. The system is unsustainable unless we have a national seniors strategy based on the “de-hospitalization” of health care, he said.

A key step toward in such a strategy is revising our attitudes to aging that are woefully out of step with the reality that the average 65-year-old can reasonably expect to live another 20 years—18 of them in good health with the promise of active living.

"Aging is still classed as a disease instead of the success it has become. Aging is not a disease. It's a triumph."

Paradoxically, Simpson said, policy makers are almost catatonic in the face of the fearful "silver tsunami" that we've all been told will soon sweep away the very foundations of public health care. If they were to become proactive in spending needed dollars on lower-cost long-term, community, and home care, they'd reduce the demand for $1,000 a day hospital beds and getting older, chronically ill patients effective and appropriate treatment.

Even to lay ears, it sounds like a pin-point diagnosis of what ails us. Simpson's prescribed corrective, alas, seems a less sound solution. A national seniors' strategy? Sure. But, at least within the limits of his luncheon speech, he limited the driving force for that strategy to the old tactic of federal politicians leaning on their provincial counterparts, who actually decide where health care dollars are spent.

We've been there, done that, on too many fronts in this country for far too long. Another round hardly seems promising.

What might be far more effective is if authoritative organizations such as the CMA, and impressive voices such as Christopher Simpson's, started calling for grassroots community groups across the country to forge and lead that strategy up to the political level, rather than waiting for it to trickle down off Parliament Hill.

That seems a far better bet for breaking the political gridlock that has made "code gridlock" such a dangerous threat to public health care in Canada.