Peter Stockland: At the annual Civitas conference in Montreal, you began your presentation by saying that when it comes to improving Canadian education, conservatives, classical liberals, and libertarians may be a significant part of the problem. What did you mean?

Ray Pennings: Usually when conservative-minded crowds talk about the problems in education there's a long list of villains to line up, including universities and faculties of education. There’s a sense “us and them” in the discussion. The core point I wanted to make was that conservatives will always lose that argument for three reasons.

We all have a shared interest in the quality of education. It’s not just for my kids, but also for my neighbour's kids and for everyone else’s. Education is not just meant to produce economic citizens who have jobs that pay taxes so I can have my old age pension. It is also for a shared sense of the common good: what it means to live together.

The second reason is the challenge of innovation. I'm a proponent of parental choice and diversity. But what we have right now, for most parents, is no meaningful choice for the education of their children.

You can look at macro data regarding the public education system, and say it reflects the diversity of society. But any given school reflects the diversity, or lack thereof, of its own neighbourhood. And the result is that we actually have, not quite as starkly as in the States but nonetheless it’s real here in Canada too, students being roughly sorted by factors such as ethnicity, social class, economic class, and so on. The number one factor for parents is the postal code of the school to which their children are assigned.

Peter Stockland: Yet the dichotomy of public versus private schooling is always presented as an issue of elitism, isn’t it? But you’re saying there are public schools that are far more elitist just because of local socioeconomic reality.

Ray Pennings: The perception of the independent schooling sector in Canada is that it's for rich kids and religious kooks. You're either fundamentalist, or you're rich. The data does not bear that out. I saw a study the other day where, at best, 20 per cent of schools and students might be characterized in terms of upper socioeconomic class. By and large, parents who are sending their kids to independent schools – there are plenty of studies that show this – are not in the elites of society. In many ways, they are suburban middle class people who are deeply convinced they want a different sort of education for their children.

So I think the first part of the argument needs to be that we need a robust sense of public education. It's not a matter of the state being all bad. The state has an interest in public education. We need a literate society. We need citizenship. We need character. We need all of the good things that each provincial Education Act mandates.

The second piece of the argument is that we now rely on a centralized, monopoly system in which most parents do not have choice. When you live in a certain area, there is one school for your kid to attend. Monopolies have never been known to drive innovation in any jurisdiction, or any sphere, and that includes education. 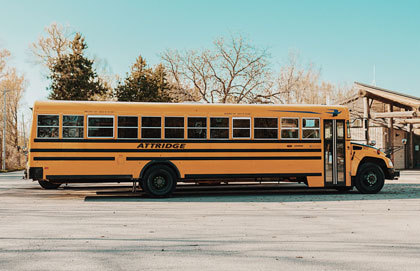 The Beam of Christian Schooling
Are Even Secular Schools Sacred?
Here Comes the 24/7 Classroom

I highlighted some of the data from Scandinavian countries, which are often held up as the ideals. Most people would be surprised to learn that in Sweden, 14.1 per cent of students in primary schools, 25 per cent in upper secondary schools, are in some sort of “choice” education. There's not always tuition involved, but the key piece is that parents have a choice to send students to school A, school B, or school C.  There are significant differences between those schools. There are different philosophies. There are different forms of governance at work. There is real, meaningful choice.

So instead of framing the choice about parental versus state control, instead of framing the choice as private versus public, what we need to say is that we want good outcomes in education. We want meaningful choices that are robustly seen as part of the system. This would blunt the critique that any dollar not going to a public school is somehow being stolen from the poor kids in public school. The result is that we have a public school system operating as a monopoly with a monopoly mindset protecting their monopoly and resistant to innovation.

So, we have a robust sense of public education, we have meaningful choice, not based on private/public but of different sorts that parents right across the spectrum might be able to choose.

The third piece of the argument is the messy bit of religion. Where does it fit in? Because all parents, when they think of the education of their children, don't just want Johnny and Sally to learn to read, write, and do arithmetic, They also have a sense of teaching children what it means to be good. There is moral education, character education, and for roughly 80 per cent of the Canadian population that includes an element of religious education. Yet we have this allergy about religion as if religion is something private that you only do at home.

What has happened is that the unbelievers, many of whom are hostile to religion, have appropriated to themselves the 60 per cent in the middle. Lots of data out suggests it's not such a black and white argument. A more nuanced, accurate read would say religion is in the mainstream of society. Evidence I cited included the Angus Reid poll we did in December 2017 that asked Canadians whether religious and faith-based schools should receive full funding equal to support for public schools, partial funding, or no funding at all.

The only group with a majority that said “no funding at all” was the 20 per cent who are unbelievers. Eighty per cent of the population were in categories where the majority support public or partial funding.

RP: That's where I cited Charles Taylor, and the attempt at closed secularism, which is being advanced by the more progressive elements of society. Taylor says that “Secular Three,” as he calls it – that is closed secular – is really a religion in its own right. And he says it will be understood as such in short order. So in that sense, we're all religious. Some of us have theistic religions, some of us have non-theistic religions, but we all have a sense of the good. We all ask what it means to share with each other. We all ask what our responsibilities are. You cannot separate that from education. But because we've had this allergy about discussing religion as part of public life, we've not really known how to deal with it in the context of questions about schooling.

PS: Why do you think conservatives, and I'm using that descriptor in a very broad way, have so missed the point about education?

RP: Many have bought into that privatization of religion. There's such an emphasis, particularly in some conservative and libertarian circles on the authority of the individual, and individual choice. There is an element of deinstitutionalization right across the board that includes education. So they have a very big space for the personal and the private, and rational choice theory is going to sort out everything else. I think in real life, we understand that there are lots of behaviours where that doesn't fully apply.

I think a second factor is the prioritization of the economic. We evaluate the quality of education by the degree to which it prepares us to get a good job. Tied to that is a certain negative, limited view of government. We don't want state interference. We are confident that in the illiberal institutions of society, whether family, religion, or school, people are – horror of horrors – indoctrinated, and taught certain things as true and other things as non-true. We have elevated those spaces.

PS: Did you get a sense afterwards that the points you were making caused some people to consider just how much conservatives might be part of the education problem?

RP: I had lots of people carry on various aspects of the discussion. No one is saying that concerns conservatives have raised about education don't have validity. What I’m saying is that simply piling on and playing the victim card, using “woe is us” language, and assuming the left has completed its long march through the education system, is really not a true or complete picture. Even to the extent that it is true, it's not all that helpful. It denies what conservatives themselves talk about – responsibility and agency – which they should take up to deal more positively with this particular problem.

PS: There is hope.