This past weekend the Jewish community celebrated the holiday of Shavuot – Pentecost. Shavuot commemorates the culmination of the Jewish Exodus from Egypt with the giving of the Torah on Mount Sinai. The Torah contains the entirety of Jewish religious observance and includes: the Ten Commandments; the 613 mitzvot or Biblical commandments; and the oral tradition of Biblical interpretation that has since been transcribed in the Mishna and Talmud. With the giving of the Torah, God transformed a rag-tag group of former slaves into the Jewish People – the Chosen Nation – and entrusted them with the Torah and its observance.

In addition to the regular holiday practices of rest, feasting and joyfulness, Shavuot is observed through an emphasis on study and Torah learning. There is a custom to remain awake the entire first night and study the Torah until sunrise, when the morning service is performed at the crack of dawn. The Biblical account of the giving of the Torah is read in the Synagogue and lectures and communal study groups occupy the remainder of the schedule (except for the feasts – because we are Jews and we love our feasts). Shavuot fosters an atmosphere of personal growth through learning and an opportunity to celebrate the establishment of a religious tradition that has spanned over 3500 years.

Shavuot is considered to be the final step of the Exodus when God freed the Jewish people from bondage in Egypt so they could serve Him – through observance of the Torah – and be His people. The Exodus is marked by the Festival of Passover, where we celebrate our freedom from Egypt and our new status as free people. Shavuot marks the covenant between the Jewish people and God, where He gave us the Torah and we agreed to observe its laws. The connection between these two events – the Exodus and Sinai – is central to the founding of the Jewish people and remains a essential component of the Jewish experience.

However, upon reflection, the role of Shavuot as the final installment in Jewish freedom seems paradoxical. While it is true that God delivered us from Egypt and freed us from centuries of back-breaking labour, the Jewish people can hardly be considered a free people. By accepting the Torah and its observance, the Jews traded one form of servitude for another. Instead of serving Pharaoh and building cities in Egypt, we now serve God and observe his laws as outlined in the Torah – a burden we have shouldered for millennia. 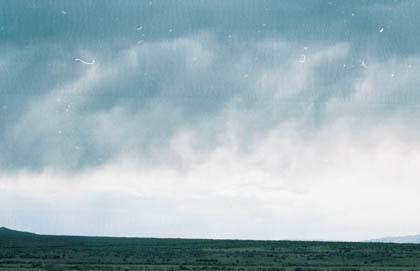 This observation is especially relevant in the current era, where we are experiencing a passive departure from or even an active rejection of the traditional norms and religious structures. In the age of individual freedoms and personal autonomy, one could be hard pressed to justify the celebration of an ancient manual of legalistic observance bestowed on our forefathers by God.

In a time when the search for meaning and spirituality has adopted a more personal approach and our religious traditions have never appeared more restrictive and archaic, why do we insist on adhering to the Torah and celebrating its observance as the source of our freedom?

To answer this question, we must first understand the Jewish perspective on the purpose of Creation and the Divine mission assigned to the world’s inhabitants. Judaism teaches that God created an earthly, physical world with the intention that its inhabitants – i.e., human beings – transform it into a dwelling place fit for the Divine through observing His commandments. This concept is often referred to as Tikun Ha’Olam – fixing the world – which aptly describes this transformative process. Through the study of Torah and observance of its directives, human beings are able to realize the Divine intention behind the creation for the world.

Through the Torah, we are empowered to grow, play a role and actively contribute to a purpose greater than ourselves.

This process began in earnest with the giving of the Torah on Mount Sinai. As the Midrashic commentary explains, before the giving of the Torah, human beings were able to connect with God on a spiritual level – either through prayer or mediation – but, as they had no commandments or directives, were unable to affect the physical world around them. Through the Torah, with its focus on material actions such as charity, pilgrimage, and Kosher, mankind was granted the ability to engage the material world and utilize it for the service of God. Through preforming these physical directives, people were able to draw forth the divine purpose behind physical objects and actions by observing the commandments of the Torah and utilizing the material world around them to elevate the mundane materiality of the world to a higher spiritual state.

When we consider the implications of the giving of the Torah and the effect it has had on our role in the world, the Festival of Shavuot assumes additional significance. The Torah and its laws enabled human beings to effect positive change on the world around them and harness their physical surroundings for a higher purpose. Before Sinai we were not only enslaved to Pharaoh but also constrained by the material world around us. When God delivered us from Egypt, He freed us from physical bondage. However, with the Torah, He empowered us to be more than our material constraints, to reach beyond our perceived physical limitations and realize the Divine intention of Creation. With the Torah, human beings can be partners in Creation and active participants in the Divine mission.

On Shavuot we celebrate the Torah and its many rules and regulations. We celebrate the obligation, the complexity, and the Sisyphean commitment required to implement it in our lives. We do this because the Torah makes us more. Through the Torah, we are empowered to grow, play a role and actively contribute to a purpose greater than ourselves. On Shavuot we acknowledge the tremendous gift God has given us, pay homage to a legacy of religious tradition, and renew our efforts to bring forth God’s vision of what this world can and was intended to be.

Reverence and the Rule of Law

As Canada’s Parliament is convulsed by a cabinet-splitting controversy that goes to the heart of our legal system, Ottawa Rabbi Moishele Fogel has released a research paper on the vital role of ancient Jewish law, Halacha, in sustaining identity and relationships. The full report can be read on the Cardus Religious Freedom Institute web site. Rabbi Fogel has kindly provided a timely summary for Convivium.