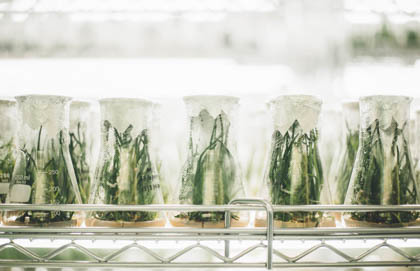 In response to the recent court decision that allows Mayor Jean tremblay of saguenay to recite a short prayer during municipal council meetings, several prominent intellectuals have publicly demanded a "neutral state" for a plural quebec.this neutral state will, we are promised, protect our rights and freedoms and facilitate coexistence.

Secularism, or laïcité as it is called in French, is the philosophy behind complete neutrality of all government institutions: the State has no transcendent or religious beliefs, but acts on facts and reason. This seems very attractive in an age of extraordinarily powerful science and unpleasant manifestations of religion.

However, I suggest that these intellectuals are not being forthright about the full effects of complete State neutrality towards our several millennia of Judeo-Christian tradition. As an example: These same intellectuals use the word freedom but do not ask what this word might mean in the light of modern science and in the absence of transcendent or religious belief. Of course, the reality of freedom, individual free will and its corollary, personal responsibility, are themes that run from one end of the Bible to the other; but this would be of no interest to our neutral State. Individual freedom, or free will, is at the heart of our system of justice—or so we thought. No one will be found guilty of a crime if the material evidence is not carefully and scientifically scrutinized. A guilty verdict also requires the judge to conclude that the accused had the "free will" not to commit the crime. However, there is no good rational scientific evidence that free will exists.

No animal species has free will. The lion hunts, kills, mates and dies in the control of an enormously complex internal and external environment in which freedom plays no part. Why should one suppose that Homo sapiens have freedom? Just because we like the idea is irrelevant. We are all made of molecules, and we react to our environment according to the immensely complex internal and external physico-chemical forces that we encounter.

All our thoughts, emotions and actions have a molecular substrate. Molecules are not free. Altruism, aggression, child rearing and musical appreciation are all evolutionary adaptations "written" into our structure, not chosen. No one has identified the locus of a supposed human "soul" or "self" or "I" capable of independent free will. Our desire for freedom, or free will, may well be an evolutionary adaptation much like our equally unrealistic desire not to die.

I have not been able to find a single scientist who has rationally defended the supposed existence of free will. Where is the proof that free will exists? There is none. Scientists such as Steven Pinker, world-renowned Harvard cognitive scientist and experimental psychologist (and former Montrealer), have addressed the question of freedom. 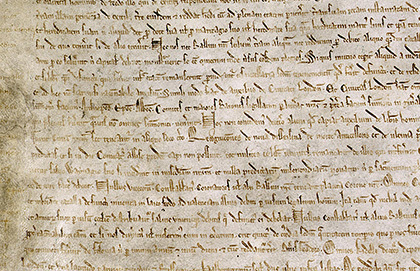 Pinker observes that our human biology has evolved to give us the tools to live in society and make us respond to reward and punishment in such a way that our legal system does, in fact, work, even though free will is nonsense.

Quite seriously, since science, reason (deliberately excluding transcendence) and facts do not support the reality of human free will, how can a neutral or secular system of justice use human free will? It cannot. Do our intellectuals propose that our system of justice become a behavioural control mechanism? We deserve an answer. May I suggest that a law professor or judge who is unable to demonstrate free will or to believe in it but who, like Pinker, sees our system of justice as primarily a behavioural control mechanism would be illegitimate and should resign?

Of course, just because brilliant scientists such as Steven Pinker and Stephen Hawking maintain (or, perhaps, believe) that free will does not exist does not end the argument. After all, Pinker and Hawking are merely adaptive complex systems whose reflections on free will are physicochemical processes of no necessary significance. Science does not have access to all the truth: This will not come as a surprise to most readers of this article. Austrian mathematician Kurt Gödel proved this scientifically in 1931 for the relatively small domain of mathematics. Recent discoveries in science confirm that our universe is more complex and mysterious than we imagined: Astronauts come back from space younger than if they had stayed on earth. The structure of our atoms seems ever to elude us in endlessly increasing complexity. Free will may not be accessible to science nor to reason closed to transcendence, but to declare that it does not exist is mere hubris. On a personal level, what should an individual do if tempted to cheat on his taxes or spouse (obviously we are only referring to readers of other publications), especially if the threat of punishment is remote? Wait for his molecules to tell him what to do? Ridiculous as it sounds, this is what some scientists and philosophers are suggesting. What about our intellectuals?

A second example of less than forthrightness: our intellectuals use the word equal referring to Homo sapiens who have equal rights and obligations in our democracy. Similarly, the preamble to the Quebec Charter of Human Rights and Freedoms declares that we are all equal in worth and dignity. We must be treated equally under the law because we are all, in some real sense, equal. Or is this just pretense? From a rational, scientific perspective, human equality is nonsense. Chimpanzees are not all equal. We, Homo sapiens, are clearly not equal in any measurable sense. We could ask a student of Charles Darwin such as Daniel Baril, the noted secularist and expert witness in the Saguenay case that so ruffled our prominent intellectuals' feathers. Are not Homo sapiens made up of the fit and the unequally unfit? In a rational, scientific sense, are not men and women complementary rather than equal? From a scientific, sociological perspective, one can ask which gender commits the most violent crimes, is the least prone to co-operation and is thus the most inimical with regard to life in a democracy. If we follow only rational science, clearly males and females are highly unequal as regards our democracy.

Our democracy and system of justice do not believe that we humans are equal in any measurable or rational sense. Our societal equality is something that transcends our factual and rational scientific inequality. It is a religious belief that comes straight from our Judeo-Christian heritage, notwithstanding the difficulty most Christians have had believing in it. This is not to say that human equality is incompatible with other religions or belief systems. Many would claim that our modern conception of human equality owes more to the laicism of the Enlightenment than to Christianity, and this is a defendable thesis. Nevertheless, no Enlightenment thinker demonstrated or proved human equality, to my knowledge. For the Enlightenment and, analogously, for Christianity, human equality was and remains a belief.

This brings us back to the question of State neutrality or secularism. It would be absurd for the State to be neutral with regard to human free will and the equality of all citizens. This is not to argue against the separation of Church and State, which is itself a Christian doctrine whose origin goes back to the first century. But getting rid of all manifestations of religion in our State and government will also rid us of the Quebec and Canadian Charters, our democracy and our system of justice.

Unfortunately, the judgment in the Mayor Tremblay prayer case avoided the issues of State neutrality, allowing some prayer and religious symbols in a cultural and historical context. In the Loyola High School decision, the Quebec Court of Appeal agreed with the imposition of a pretense of neutrality with regard to the religious education course invented by the Quebec ministry of education, blithely ignoring the transcendent nature of the foundations of our democracy and system of justice. One can envision the court and ministry of education sitting on their supposedly neutral tree branch as they cut it off close to the trunk.

Our secular intellectuals (and a few appeal court judges and the Quebec ministry of education) should come clean on their beliefs—or lack thereof—about human free will and equality. Do they maintain that free will and equality are at the heart of our system of justice and democracy? Do they have any rational evidence that equality and free will actually exist? If they do, why haven't they published that evidence? If they don't, do they believe in freedom and equality?

If these intellectuals are entitled to believe in free will and equality, why shouldn't the State defend these same beliefs? If these intellectuals have neither rational nor scientific grounds to accept, nor any transcendent belief in, human free will or human equality, why should their arguments interest us? Do these intellectuals' complaints about a small town mayor saying a two-minute prayer justify under-mining our democracy and system of justice? Notwithstanding our short-sighted intellectuals, it is fascinating to note that several millennia of mysterious human encounter with the Divine has not only produced art and architecture but has laid the foundation for our democracy and system of justice. Free will and equality, and the related conscience and the conception of "self" or "I," appeal to our religious sense as "sparks of transcendence" to which most of us, with good reason, are partial, not neutral.