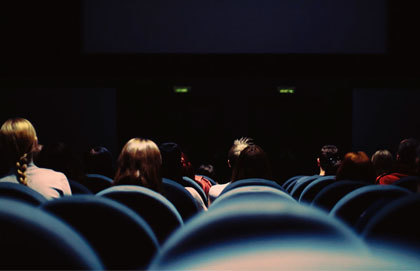 For days now, any time I talk to someone who's not from New York, they ask me about the Occupy Wall Street protests going on downtown. Truthfully, I have little to say. I ride the subway through the area, but that's underground, and otherwise everything I've seen of the protests, I've seen on Facebook.

But this weekend I found myself thinking about the protests while I was at a theatrical production in Brooklyn, near my home. The Kuwaiti-based theatre company Sabab was performing The Speaker's Progress, a sort of dark satire performed mostly in Arabic. In the world of the play, an unnamed totalitarian state has placed strict restrictions on things like how far apart men and women must stand (90 cm) and how long music may be played (10 seconds). Theatre is strictly banned, as it leads to all sorts of debauchery.

Yet it turns out a recording of a performance of an Arabic version of Shakespeare's Twelfth Night (a debauched play, you'll recall, if there ever was one, with all that cross-dressing and innuendo) from the 1960s has been discovered, and we get the sense that a whole underground movement around the play has sprung up. And so to calm the rumours of revolution it has sparked, a theatre company has been asked to recreate the play, strictly for educational purposes, in order to fill in some of the blank spots and show how debauched it really is.

But the thing about theatre, and art in general, is that it doesn't lend itself very well to scientifically precise reconstructions of past experiences. Art by nature, or good art, anyhow, taps into the longings of the soul. It tends to overcome artificial barriers imposed by totalitarian states or authoritarian regimes designed to quell dissent. So unexpected things start happening as the performers recreate the experience.

So, you might wonder, why was I thinking about Occupy Wall Street while I was watching this? It's not because I think either the American government or corporations represent a totalitarian state or an authoritarian regime (I certainly don't). Business as we have conducted it has its own set of problems, some of them quite grave, but that's not what I was considering.

No, I was sitting in the audience thinking about how hard I had to work to put myself in the place of the characters and enter into their experience—not because of the language gap, nor the performance itself, which was lively and full of heart. It was because of this: I am so thoroughly formed in a country where free speech is taken for granted that I continually forget that in quite modern states around the world, this is not the case. Occupy Wall Street is a true example of dissent, and yet, we assume it is our right as citizens to occupy Wall Street (as long as we're not blocking traffic). And it is. And for that, I am grateful.

I am so thoroughly formed in a country where free speech is taken for granted that I continually forget that in quite modern states around the world, this is not the case.