In a crucial free speech ruling yesterday, the U.S. Supreme Court affirmed that the Constitution prohibits forcing people to say what they do not believe.

Here in Canada, a young Ottawa lawyer upped the ante Tuesday by filing a federal court law suit arguing our Charter protects the right to believe nothing.

The case before the highest court of our southern neighbours involved a California law obliging pro-life pregnancy care centres to provide clients with information about abortion. The majority said the law offended the foundations of free speech, freedom of conscience, and freedom of belief.

“Governments must not be allowed to force persons to express a message contrary to their deepest convictions,” Justice Anthony Kennedy wrote. “Freedom of speech secures freedom of thought and belief. This law imperils those liberties.”

Ottawa lawyer Albertos Polizogopoulos took that expression to its logical conclusion: the freedom to hold and express our deepest convictions necessarily includes deeply holding or expressing no convictions whatever.

In this case, the business of Sarnia Concrete is – a prize for the best guess – making concrete. It is not, Polizogopoulos argues in the filing, in the business of involving itself in abstract political beliefs about abortion or sexual minority rights.

Sarnia Concrete makes the stuff of sidewalks. It does not involve itself in who parades on them singing songs and carrying signs that mostly say hooray for our side.

Sarnia Concrete makes the stuff of sidewalks. It does not involve itself in who parades on them singing songs and carrying signs that mostly say hooray for our side.

Yet last winter, when the company’s owners applied for a Canada Summer Jobs grant to allow them to hire a summer student, they were told they would have to tick a box affirming their support for “reproductive rights” and a gender-diverse society. 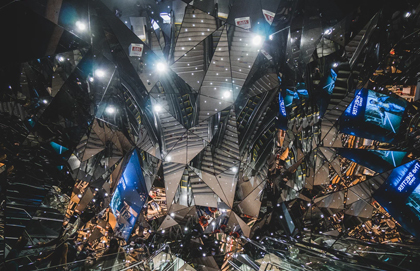 “What ho!” they said, or words to that effect. “This is not our business.”

And left the box unticked. In the tick of a clock by bureaucratic standards, a mere 11 days in real time, they were advised the application was incomplete and would have to be re-submitted with the box filled. Their follow-up appeal to their Charter rights to say nothing went nowhere.

“The decision to reject Sarnia Concrete’s application, and to not accommodate (its) Charter rights violates the Charter, and the duty of State neutrality,” the lawsuit says in asking the federal court to award both the amount of the summer jobs grant and legal costs.

Sarnia Concrete is one a group of companies that have banded together under the name Free To Do Business. Its purpose is to launch more legal challenges on purely business grounds to the Canada Summer Jobs attestation requirement, and to raise awareness of what spokesperson Tamara Jansen called “shocking overreach” by the federal government.

Jansen, a B.C.-based business owner, told a press conference on Parliament Hill yesterday there’s even more at stake than the vital right to say nothing.

“We’re fighting for equitable access to small business programs,” Jansen says. “As a woman, I believe this is a very important issue that we need to tackle. The whole point is to ask that businesses be allowed to take a neutral stand.”

“Having been in business all my life, I’ve always been able to be neutral on things that are irrelevant to my business. I’m in the business of selling flowers. If I’m going to sell a flower, it doesn’t matter what I think about those kinds of things.”

Jansen acknowledged that as a business owner, she is involved in a variety of causes. Indeed, I recently quoted her extensively on her efforts to protect palliative care centres in B.C.’s Fraser Valley from being forced to provide Medical Aid In Dying. But she said as sound business practice, and as a matter of law, she has to keep personal convictions out of company decisions.

“Consider what would happen to a business owner who had this exact same values test as part of their hiring protocol,” she said. “Imagine the uproar if we asked potential employees about their thoughts on reproductive rights as part of our interview process.

“If we compelled our employees to hold to any sort of ideology in order to keep their jobs, the human rights commission would be all over us. Our customers and employees hold a wide variety of views, and we respect them all.”

Jansen also stressed that if the Canada Summer Jobs precedent holds, it won’t be long before other government agencies are mixing public funds and political preferences.

“This isn’t about what the government is compelling us to say. It’s that we are being compelled to say something,” she said. “Canadians need to be aware that compelled speech will expand if this goes unchallenged.”

Nothing might come of nothing but as our southern neighbours remind us, a great deal will come from being forced to say something you don’t even want to think about.