They used the legislative process and the courts with startling effectiveness and indefatigable conviction. They pursued a successful public persuasion strategy unrivalled in its finesse at transforming both deeply rooted prejudice and fair-minded institutional reluctance to undertake a social revolution of such astonishing scope. For ’em or agin ’em, it’s undeniable they launched one of the most daunting debates in Canada’s history and emerged with the victor’s crown.

The undeniability of their achievement as an act and as a fact is what makes so distressing our historical laziness in forgetting these few short years later that there was a debate that had to be won. It constitutes a disservice gusting to disrespect to those who fought (on either side) to pretend, as federal Liberal cabinet minister Ralph Goodale did this week, that the fight itself is eminently worth forgetting.

At heart, it moves Goodale’s “revelation” of a 2005 speech by Andrew Scheer opposing same-sex marriage beyond the status of cheap political trick and brings it to at least the edge of anti-democratically sordid. Democracy is worst sullied, after all, when history is reduced to mud flung at memory.

Goodale’s self-justification that he sought only to pressure the current Conservative leader into marching in Ottawa’s Pride parade this weekend merely adds the sulphur scent of prevarication to the muck. If anything is clear, it’s that he was transparently trying to distract attention from the shambles of the ethics commissioner’s report on Prime Minister Trudeau’s illegalities in the SNC-Lavalin scandal.

Here it must be stressed that what’s objectionable has nothing to do with partisan brand. Neither Goodale’s Liberal credentials nor Scheer’s Conservative affiliation are relevant. The offense would be as bad regardless of which group tried to use hard-won democratic gains for cankerous electoral advantage.

Speaking only for myself, and abundantly mindful of the grave sin of voice appropriation, I must say that if I were a same-sex activist of some stripe, I would be livid at any politician who purloined the history of the battles I fought and used them, unacknowledged, for some combination of self-glorification and party advantage. 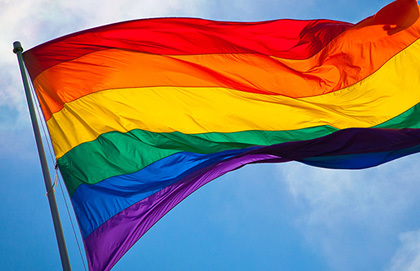 As someone dedicated to equality, which has to be predicated on fairness, I would be demanding that Scheer’s speech be understood in the full context within which it was delivered.

That would start with the basic truth that it was made in the House of Commons, the crucible of Canada’s federal democratic life, not in the secret sub-basement of some beer hall filled with fascists and hate-mongers. It would include the necessary context that Scheer’s thoughts were consonant with both the times and with the remarks made by other MPs of both the major parties. It would extend to a third essential fact: that the then rookie Member of Parliament’s remarks were remarkably anodyne by comparison with no less than the Supreme Court of Canada’s language in the Egan decision only a few years earlier.

“Marriage has from time immemorial been firmly grounded in our legal tradition, one that is itself a reflection of long-standing philosophical and religious traditions. But its ultimate raison d'être transcends all of these and is firmly anchored in the biological and social realities that heterosexual couples have the unique ability to procreate, that most children are the product of these relationships, and that they are generally cared for and nurtured by those who live in that relationship. In this sense, marriage is by nature heterosexual,” the majority of Supreme Court justices concurred in Egan (emphasis added).

It’s worth Ralph Goodale, or anyone else, digging the decision up if only to see how much more circumspect Andrew Scheer was in his wording than were Chief Justice Antonio Lamer and his fellow justices at the time. The Egan decision was foundational to acceptance of sexual orientation as an “included” ground within the Charter’s equality provisions, and therefore played a substantial role in the achievement of same-sex marriage. But arguably, Scheer’s contention in his speech that the existential continuum of marriage could never include same-sex marriage was a mere channeling of the Supreme Court decision.

“It would be possible to legally define marriage to include homosexual couples, but this would not change the biological and social realities that underlie the traditional marriage,” the Court majority ruled in upholding a section of the Old Age Pension Act that defined ‘spouses’ as necessarily opposite sex.

“(S)ingling out legally married and common law couples as the recipients of benefits necessarily excludes all sorts of other couples living together, whatever reasons these other couples may have for doing so and whatever their sexual orientation. What Parliament clearly had in mind was to accord support to married couples who were aged and elderly, for the advancement of public policy central to society,” the Court said.

Same-sex activists worked diligently and democratically in subsequent years to change what Parliament had in mind for the meaning of marriage and the advancement of public policy. By the time Andrew Scheer gave his speech in 2005, those activists had not yet succeeded in changing his mind, or the minds of others who voted against amendments to federal legislation governing marriage.

Democracy does not require, however, that all minds be changed at the same time or, indeed, ever. It requires that a law be changed when a majority, reflecting a social consensus discernable during vigorous debate, vote to change it. It requires that those who are not victorious in debate abide by the results whether or not they’ve changed their minds.

The relevance of Andrew Scheer personally changing his mind since 2005, then, has yet to be established. He has clearly stated his awareness of the existing social consensus on same-sex marriage that undergirds Canada’s legal reality. He will not change the law and, indeed, knows full well he cannot at this existential moment.

There is no pride in partisan preening that pretends otherwise. Indeed, whether or not we sided with their cause, it shames democracy by denying those their due to those who won the debate fairly, squarely and convincingly.

The Terminus of Tolerance

In distorting legal tradition to accommodate same-sex marriage a decade ago, writes Don Hutchinson, Canadian courts may have signed the death certificate for our understanding of true tolerance as well