The kerfuffles here and there in the days following the death of former British prime minister Margaret Thatcher should prove to each of us the need for civility in "civil" society.

Mrs. Thatcher was, in my view, one of Britain's great figures of the 20th century. Others have a different opinion. Mine is based on the decade I spent living in a Britain that may have boasted the Beatles, Kinks, Stones, and several more of Peter Stockland's favourite poets and musicians but was an economically dis-spirited nation seemingly incapable of halting its descent from Empire to colony in the course of a couple of generations. Others, who were empowered in that model and were less so following Thatcher's tenure, feel differently. I understand that and respect it.

Most of those people were eminently civil following the death of Mrs. Thatcher, their foe. This is, after all, the generation from a Britain in which I was raised—one in which I risked dismissal from the rugby or football pitch if I failed to so much as address the referee as "sir" prior to inquiring regarding his decision let alone freely delivering the list of expletives so accepted in Canadian sport, particularly hockey.

Some find that sort of formality foolish. For me, an intense, hot-tempered, highly competitive lad, it was useful. For what it taught me was that grace and civility are easy when you are happy: but they are most important when you are angry, frustrated, and demanding justice. They demand control under pressure. 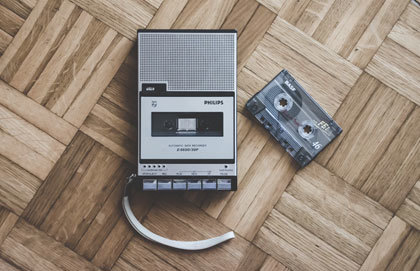 Unfortunately some of that control was lacking in the wake of the passing of Mrs. Thatcher. While her supporters, friends and, most of all, family, wished to honour the Iron Lady's legacy, some among her foes wanted to celebrate her death, even though she'd had nary a whiff of power for a generation and had spent her final days lost in the fog of dementia.

It is normal that upon the death of a famous person, media focus upon the accomplishments of their life, the sense of loss among those closest to them and, generally, speak in tones and terms of endearment. Those with less fond recollections for the most part understand the moment, and the sensitivities of family, and either speak respectfully or say nothing at all. Others, frustrated that their assessment of the lost life is not being reflected, do a slow burn or burst into emotional rhetorical flames.

For instance, many years ago when I was an executive at the Calgary Herald at the time of former Canadian Prime Minister Pierre Trudeau's death, his loss was being widely mourned and his accomplishments trumpeted in the same fashion Mrs. Thatcher's were. An editorial writer with whom I worked—a superb gentleman who has since found far more useful labour than within the newspaper industry—wanted to bring some "balance" to the conversation: to wit, he wished to point out that the said former prime minister was not in fact much loved in the West, and not in Alberta in particular—where his legacy was much different than the one being articulated by Toronto-centric media. I understood his perspective but I told him no. Wait, I said, until the man is in the ground. There is a time and there is a place. If you write what you wish to say now, prior to his funeral while the man is still being officially mourned by his family and friends, they will hate what you write, will despise your lack of sensitivity, and you won't be forgiven. There is a time and there is a place. Clench your teeth and take the high road. Your restraint and civility, even subconsciously, will be understood and your reputation enhanced by patience.

The writer's alternative/western view was published a few days following the former prime minister's funeral. It was calmer and less reactive but still made the argument forcefully and the perspective clear. And as I recall, it was perhaps the most well-received column published in my 16 years at that once proud title. I remain convinced that reception was due at least in part to the civility of its timing. It is unfortunate that those in Britain who insisted upon their "the witch is dead" campaign couldn't have grasped that with grace, restraint, and civility comes respect, and with respect comes credibility.

We are first human beings with families, children and, maybe, grandchildren or more. Next, we are people with ideas and only after that people with power. Civility, and civilization, is about remembering what comes first.

Peter Lougheed: The Candle for His Generation

But over the years, as the Canadian Pacifics, the Imperial Oils, and many others began to move their head offices to Calgary it was clear Lougheed's mission was being accomplished Alberta then was a much smaller place but it was far from the agrarian backwater that many have assumed it to have been ...

But, as low voter turnout and other markers of cynicism will indicate, in our living memory Canada has not had a successful Prime Minister (success being defined as longevity here) who shied away from exercising distasteful character traits in order to cut through a difficult situation and ultimatel...