Last week, the Institute for Advanced Studies in Culture at the University of Virginia released a report based on survey data showing the diversity of American families. Rather than being divided by parenting choices and styles, it turns out that worldview is a more significant variable in determining various family types.

U.S. families can be divided into four approximately equal-sized groups. On one end of the spectrum are a group the UVA researchers labelled "the faithful" (20% of the sample); "engaged progressives" (21%) occupy the other extreme. The two groups in the middle of the spectrum were labelled as "the detached" (19%) and "American dreamers" (27%.) Huffington Post columnist Lisa Belkin provides a thorough summary of each of these groups and their particular characteristics.

The extreme groups actually look remarkably like each other if ethnicity, marriage, and education are considered. Parents in both groups demonstrated significant care and involvement in their children's lives. Both groups of parents' aspirations were "that their children will become adults who are honest and truthful, who have strong moral character, and who treat others in a loving fashion." 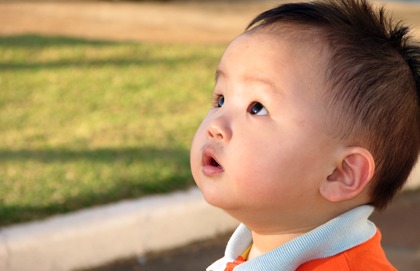 When discussing these results last week with a group in Washington, it became clear to me that different understandings and motives were shaping what on the surface looks like similarities. For example, a similar number of mothers with pre-school children were staying at home with them (58% of progressives compared to 65% of faithful category.) But why? When asked their occupation, those in the progressive category were likely to cite their vocational role while those in the faithful category would cite "homemaker."

A radical difference also became evident in how the two groups answered questions relating to faith, freedom, and tolerance. In one question, respondents were asked to prioritize a set of five value statements regarding their parenting objectives for their children. One option read, "I seek to offer the kind of love and affection that will nurture happiness, positive feelings about themselves, and warm relationships with others." Another option was, "I seek to raise children whose lives will reflect God's will and purposes." A clear pattern of response emerged: those in the "faithful" category would put the religious objective first, the emotive response second, and the remaining three in various orders below. Those in the "progressive" category similarly showed a clear pattern, except they ranked the emotive statement first, the other three statements in various orders below that, and the religious statement consistently at the bottom.

Further public reporting on this data will be forthcoming in the months ahead but the picture that emerged from the preliminary discussions was that parenting differences have not so much to do with technique or family structure as they do with core beliefs. One participant summarized the discussion well, noting, "The kind of parent you are grows out of who you are." Another suggested that the real difference between the four groups amounted to where kids are directed to look for success. "The faithful hope in God; the progressives in self; the detached in luck; and the dreamers in education," was his cryptic summary.

Data of this sort not only help us better understand the different challenges facing parents and children in our own generation but also help us prepare for our future challenges. Today's kids are tomorrow's adults, and the lack of a common vocabulary with which today's generation is being raised will only make meaningful social and political conversation more difficult in the future.

Waking to the Wonder

But if all this exploratory research anesthetizes us to the fact that this world is more a playground than cubicle, maybe it’s time to wake up and see the world, again and again, with the insatiable eyes of a child. But why? If a child’s delight is really a product of ignorance, shouldn’t this be ea...

In other words (and in some contradiction to the title of his blog post), it's not so much that we ought to "forget" our passion as that we ought to recognize that our vocation lies at the intersection of our passion, our skills, and the big problems that the world has ...