More than 50 leaders across the faith spectrum warn the Liberal government’s changes to Medical Aid in Dying legislation will pressure vulnerable Canadians to opt for “lethal procedures” over living with illness or disability.

Equally alarming, says the gloves-off open letter released yesterday, the alterations contained in the bill known as C-7 will undermine the “creativity and resolve” needed to confront complex medical challenges and to ensure access to palliative care is a top priority for Canadians.

“We are, in effect, imposing the intentional taking of human life as a solution to human suffering. This is not just deeply troubling; it is unacceptable for a civilized society,” the letter says.

It is signed by more than 35 Protestant leaders, six Rabbis, the President of the Canadian Conference of Catholic Bishops, the President of the Canadian Council of Imams, an Anglican Archbishop, a representative of Ahmadiyya Muslim Jama’at Canada, the Primate of the Greek Orthodox Church, the Primate of the Armenian Prelacy as well as Mormon and Mennonite senior figures. 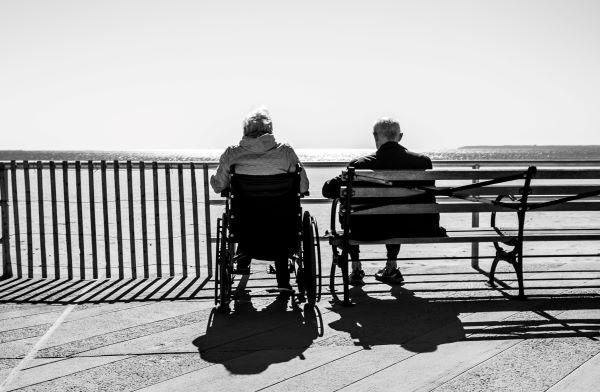 Why Not a Notwithstanding Pause for MAiD?
Addressing Canada’s MAiD Concerns
Crescendo of Critics Denounce MAiD Legislation

Their most critical objection to the bill re-introduced in the House of Commons on October 5 is the dropping of language that requires a person’s death to be “foreseeable” before MAiD can be offered. While most of the signatories were equally vehement in opposing the original legislation passed by Parliament in 2016, the “foreseeable death” provision was seen as at least a safeguard against Canada falling into assisted suicide and euthanasia on demand.

The faith leaders note that what has come to be called MAiD “is more accurately, and tragically, nothing less than murder, as was recognized by the Criminal Code of Canada prior to the passing of (MAiD) legislation in June 2016.”

“We are, in effect, imposing the intentional taking of human life as a solution to human suffering. This is not just deeply troubling; it is unacceptable for a civilized society."

They urge Prime Minister Trudeau’s Liberal government to “press hard on the pause button” with C-7’s proposed amendments to avoid falling even deeper into the “moral abyss” of free-for-all medical killing.

In place of expanding MAiD, they argue, the Trudeau government should be committing itself fully to providing Canadians with “palliative care administered with unwavering compassion, generosity and skill [expressing] the best of who we are.”

Signatories to the letter ground their appeal in their experience as Canadian leaders who have developed their “moral vision” of human dignity and equality by “sitting at the bedsides of the sick and dying” as well as through the “crucible of history” found in humanity’s sacred traditions. And they warn darkly that history cannot be ignored if we forget the lessons of the sins of the past.

Why Not a Notwithstanding Pause for MAiD?

Don Hutchinson argues the Trudeau government should consider the Constitution’s Section 33 opt out rather than rush to pass expanded medically assisted dying legislation under a court-imposed deadline.