It’s understandable that attempts to dig out the truth from the SNC-Lavalin uproar have produced more questions than answers. Invariably in these matters, the different players go on offence and defence producing action-reaction, assertion-deflection, apparent clarity and obvious obfuscation.

What’s clarifying in this case is remembering that all the players are ostensibly on the same team, that is the Liberal government of Prime Minister Justin Trudeau. We are accustomed to scandals (media-imagined or real) arising from the obligation of the Opposition to, well, oppose and, as a consequence, embarrass the government.  There’s a critical necessity to keep in mind that is not what’s happening here.

Here we have the extremely unusual reality of sitting government’s members, elected and unelected, setting themselves in public opposition to each other. The testimonies of former Attorney General Jody Wilson-Raybould and former principal secretary to the prime minister, Gerald Butts, could not have been more opposed despite his affable-gusting-to-unctuous demeanour and her calm, no-nonsense refusal to throw mud.

A primary benefit is the ability to assess claims and counter-claims, confusing as they might be in themselves, without the added distraction of constant factoring for pure political partisanship. The parties involved are partisans of the same part, wholly committed to the Liberal brand and the Trudeau government’s hold on power.

What each says can be measured against the words themselves, not as proxies for fundamental differences of political creed. Likewise, questions raised can be treated as genuine rather than as camouflage for inflicting blunt force electoral trauma.

Given that, here is a key question that arose for me during a week of the watching the affair unfold: Who told the Prime Minister’s Office that SNC-Lavalin could shed 9,000 jobs if then Attorney General Wilson-Raybould refused to grant the Quebec engineering firm a so-called deferred prosecution agreement on the bribery and corruption charges it faces?

It’s a critical question that Green Party leader Elizabeth May has pursued both during justice committee testimony and in media interviews. Her pugnacious perspicacity shows why she’s such a valuable MP despite a not entirely unkind reputation for, shall we say, quirkiness.

The answer, or so far the non-answer, moves us well beyond attempts to portray SNC-Lavalin as a “he said-she said” dispute between Wilson-Raybould and the PMO. As Gerald Butts insisted in his testimony to the committee, protection of 9,000 jobs is a matter of paramount public policy. The very reason the PMO offered to help the then Attorney General with the SNC-Lavalin file, Butts said, was to ensure there was adequate consideration of public policy vis-à-vis 9,000 potential lost jobs. What about the 9,000 jobs, he asked in various ways throughout the hearing.

Here we have the extremely unusual reality of sitting government’s members, elected and unelected, setting themselves in public opposition to each other. 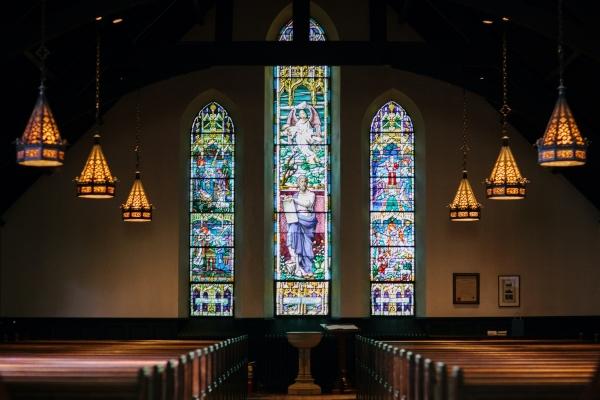 So, what about them? Well, as Canadian Press reporter Christopher Reynolds noted in a fine piece of detail digging on Thursday, there actually aren’t 9,000 jobs. SNC-Lavalin employs 8,500 people across Canada. Five hundred of the jobs the PMO claimed to want to protect don’t actually exist. But, okay, call that hyperbole or hyperventilating or simply a rounding error. Here’s what really matters.

When asked where the information on the need to protect 9,000 jobs came from, Butts was unable to answer. Nor could Clerk of the Privy Council Michael Wernick give an adequate response. As for the Prime Minister himself. Yeah. No.

None of them, nor anyone else as of this writing, has been able to produce a single study, investigation, audit, probe, risk assessment, planning document or doodle on the back of a crumpled cocktail napkin to show the basis for this crucial public policy. That doesn’t mean such material doesn’t exist, of course. But until it’s made public, we’re left with three choices: the number was a best guess. The number was an invention. Or SNC-Lavalin itself provided the figure to the PMO.

Of the three, curiously enough, the last is actually the worst. Why? Because it means the current Prime Minister’s Office is crafting what the prime minister’s former principal secretary considers vital public policy on the basis of what it’s told by one particular corporation. The particular corporation in question has, in fact, been convicted in the past of criminal charges for bribery and corruption. It is currently facing trial on charges of bribery and corruption. And it is actively under investigation by the authorities in Quebec for alleged bribery and corruption. Do you think – go with me on this, wild and wacky as it might sound – that the information supplied might be…tainted is such an ugly word…can we settle on self-interested?

Wait. It gets even worse. Whatever its origin, the PMO was willing to accept the information on at least an equivalent basis to the opinion of its own Attorney General, i.e. Canada’s chief legal officer.

Hold on. Worse gets worser. Gerald Butts made it very clear during his justice committee testimony that a major source of concern was the nagging feeling that Jody Wilson-Raybould hadn’t completed due diligence in reviewing the file before making up her mind to refuse negotiation of a deferred prosecution. So, the same cohort in the PMO that is unable to show evidence of its own due diligence was prompted by the lack of due diligence it perceived on the Attorney General’s part to suggest to her that perhaps, oh, say, a former Chief Justice of the Supreme Court of Canada might be hired as a part-timer to, let’s find the right word for this, review the decision and perhaps (can we put it this way?) mentor her in how these things should be decided?

None of them, nor anyone else as of this writing, has been able to produce a single study, investigation, audit, probe, risk assessment, planning document or doodle on the back of a crumpled cocktail napkin to show the basis for this crucial public policy.

As Mary Ellen Turpel-Lafond, a former Saskatchewan judge and now a law professor at UBC, told Peter Van Dusen on CPAC’s PrimeTime Politics: “The very idea that she (was being told to) pick up the phone, call the former Chief Justice of Canada, and say ‘oh, I need a second opinion because they don’t believe me on the rule of law’ is just so offensive….When an Attorney General makes a decision, you do not push (her) to hire outside legal counsel to tell (her) how to administer the law. That’s not how it works.”

As it turns out, the Federal Court of Canada demonstrated how it does work earlier today by dismissing SNC-Lavalin’s application for review of the denial of deferred prosecution. Bluntly, it provided the second opinion the PMO was looking for, and that opinion upheld Jody Wilson-Raybould’s instincts, understanding and, ahem, due diligence.

But even in the absence of today’s legal decision, the vital question that must be answered in the days ahead is how the current Prime Minister’s Office could so badly misconstrue what its operatives claim was crucial public policy. That’s not a policy wonk’s question. It’s certainly not a partisan question. It’s a wholeheartedly public question.

You and I, after all, are the public. We need to dig out the truth about policies purportedly pursued in our names.

The Cardinal’s Diplomatic Dressing Down

Quebec’s mistreatment of faith groups during the COVID lockdown drew a Cardinal’s ire in words high on diplomacy and inspiring, says Canada’s former ambassador to the Vatican. Peter Stockland reports.