Danielle Smith: A big part of the fight over education reform has to do with unions and also with regulations on schools. Here’s a proposal to spark debate: Why not say that if you are going to be in the education system, everyone has to have Alberta Teachers Association certificated staff, and they all have to be part of the union? Okay, knowing that Catherine Swift is here and she might tear her hair out because of this question, just know I’m being provocative. But the reason I ask is I look at health-care reform in Sweden. Part of the reason they’ve been able to advance health-care reform is that they’re such a heavily unionized place that it doesn’t matter whether you’re working at a government hospital or a private hospital. The union isn’t out for money, so they’ve been champions of choice because they know that choice gives better working conditions for their people. So maybe we’re looking at this the wrong way. Rather than fight the unions, why not embrace them?

Ray Pennings: I think there are a couple of things. Number one, I’m pro-union. I’ve written a piece, “The Conservative Case for Collecting Bargaining,” so I’m pro-union in terms of the benefits that they can bring in various settings along the way. I’m not opposed to that argument; however, that presumes a very different mindset than Canadian unions and Canadian teacher unions in particular would have. So even if that theoretically was possible, moving from the current reality to that is a huge step that isn’t there along the way.

But let me push two things in terms of the mindset and the assumptions that are there. Deani and I coauthored a paper that was released earlier this week on the topic of funding fairness for Ontario families with children who have special education needs. The Ontario government spends more than three billion dollars on special education programs. But students needing assistance in independent schools receive nothing from the Ontario Ministry of Education. We also learned that some ministries have more exclusionary policies and practices than others. For example both the ministries of health and education fund trays to help some students with special needs organize their learning materials. If the tray is provided by the ministry of health, students can use it in either government or independent school. However, if the tray is funded by the ministry of education, and a family decides to switch schools to an independent school, that tray may not go with the student to their new school. We have to put that tray away.

So we highlighted that even if you funded independent schools at 25, 50 or 75 percent of the amount government schools receive, you could provide more comprehensively for the needs of challenged children in Ontario. That was striking to me, so we pitched it, sent out the media release, followed up with education reporters. 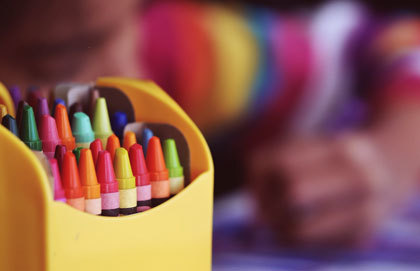 We had an expression of interest from an education reporter at a mainstream newspaper, but then an email came back that said, “Oh, I didn’t see that this covered private schools. Not interested.” So this is a story about helping special needs Ontarians, but if you go to an independent school, the assumption is, “Sorry, that disqualifies you. I’m not even interested in covering the story.”

So I think there’s a pervasive underlying mindset that we have to deal with.

Can I throw a second challenge? That mindset is easy to talk about because those people are out there, presumably not in this room as attendees of the Manning Conference. But when conservative policy even thinks of the public education system, what do we talk about? We talk about cutting dollars. We talk about the costs of the education. We don’t talk about excellence. We don’t talk about outcomes, and standardized tests, as if this checklist of rules is going to give us the outcomes. Well, maybe we should move instead of input measures to output measures, and allow creativity and innovation. Would that not be a more conservative, principled approach? And then, I suggest, we will have a lot more room in terms of policy as opposed to the tired stuff we always see.

Danielle Smith: Well, I think it’s a great point. This is one of the traps that conservatives have fallen into. I saw it with Ralph Klein when we used to have individual hospital boards. He said, “Oh, well that’s inefficient. If we could just move to regional boards, we’d get rid of all of these layers of management.” And then seventeen boards didn’t work so we went to nine, and then ultimately went to one, and we’ve got a larger bureaucracy than we’ve ever had in health care.
But I think that nobody is willing to do what actually needs to be done, which is say, school boards have outlived their usefulness. They’ve become too big and unwieldy. The trustees don’t have effective oversight. There are multiple layers of managers. Maybe every school actually needs to be directly chartered with the province, and we need to get rid of school boards altogether.

Deani Van Pelt: What I would say to that, and I’m thinking about Ontario, is that we have already had an amalgamation of school boards. We’re down to something like seventy-two or seventy-six in the province. What I would say to that is to reduce an emphasis on centralized dictation and allocate a certain amount of dollars, whether it’s distributed through the school districts or at the school level, but decentralize the decision making. So we have a conversation right now about class size in Ontario. That is actually a nineteenth- or twentieth-century concept, and we’re stuck in talking about something that’s tethering us to the past.

But, for example, if at the local school level the principal has a certain amount of money, has goals to achieve, and can determine within their own context the best way to allocate that money, there can be so many more healthy and robust decisions. So I don’t know about getting rid of school boards, but I do know about decentralizing the decision making, putting your eye on the goals, and allowing more local decision making. Give the school districts true authority.

I want to go back to the issue of teacher professionalization. I was a professor of education and a certified teacher faculty of education for eight years. I am very interested in the professionalization of the profession of teaching, and what I would say about that though is that we have to be again very open in how we understand what it is to be a qualified teacher. If someone’s very certified in their area of expertise, and very able to work with children, they should be able to teach in our schools. The barrier shouldn’t be, “Oh, but are you an Alberta-certified teacher? Are you an Ontario-certified teacher?” There should be some space for excellent musicians, excellent artists, you name it. You fill in the blank. Excellent mathematicians should be able to come in and work in our schools as well.

A Fresh Eye On Education