In an age of selfies at funerals and a Twitter stream of non-events, fighting against transparency seems counterintuitive. But let me make a case for maintaining a wall of privacy over portions of the spending of public officials.

In a 2010 interview, Facebook founder Mark Zuckerberg suggested that "people have really gotten comfortable not only sharing more information and different kinds, but more openly and with more people. That social norm is just something that has evolved over time."

And of course politics, being downstream from culture, is wending its way to similar openness. There are renewed calls for politicians to disclose every detail of expenses incurred in their public lives. At first glance, this makes sense. 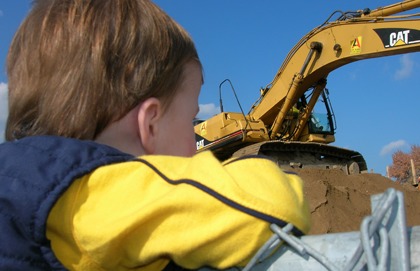 Most of us remember the furor over former cabinet member Bev Oda, spending $16.00 on a glass of orange juice at a swanky hotel. Others, perhaps from the other end of the political spectrum, remember former Liberal cabinet minister David Dingwall's now infamous "I'm entitled to my entitlements" defence to a parliamentary committee over a $1.76 pack of gum.

But recent calls for a "cascade of transparency," in which all expenses incurred by MPs are placed online—down to the cost of Christmas cards—are misguided, and here's why.

Yes, we live in a constitutional democracy in which the public interest, rather than private interest of those in government, takes precedent. Yes, democracy implies that government is of the people, and by the people. And yes, therefore nothing should be hidden from the people. In the words of former Liberal MP Michelle Simson, "It's not their money."

But complete transparency is a conclusion that does not necessarily follow. In fact, the radical transparency of Zuckerberg and Ms. Simson might actually undermine our constitutional democracy.

Government of the people and by the people also implies that governance is for the people. In other words, it assumes an institutional context which transcends individual persons, and in which individual persons can work on behalf of a people. We are not, despite the wishes of some, an anarcho-syndicalist commune.

If we assume that every individual has the right to see every expense of individual MPs, and if we assume the media's continuing proclivity for scandal, we can also assume that so-called "public" scandals will more and more resemble private smear campaigns rather than high-minded concern.

If Members' general budgets are within line, and more importantly if the public treasury is in line, we should not care whether Justin Trudeau charges the taxpayer for $22.00 worth of hair gel, or if Jason Kenney somehow charges taxpayers the same amount for a pack of razors, any more than we should care about what your friend in Flin Flon had for dinner last night.