Recent events continue to confirm that media in Canada is undergoing a fundamental transformation away from dominant legacy platforms into an era of diversity and competition that should and could enrich the culture.

The Globe and Mail announced earlier this spring after consultations with union representatives that some of its employees were going to be given the opportunity/asked to take unpaid furloughs for the summer to help the company manage costs and avoid permanent staff reductions. Given that the size of a newspaper is generally dictated by the volume of advertising purchased for it and that summer months constitute weak advertising and readership volumes, this appears to be a sensible solution. Unless of course you are a 35-year-old newsroom employee with a family to support who has been asked to take two months of unpaid leave. In that case, you may wish to spend those two months retraining or otherwise preparing yourself for the post-print journalism era.

Then last week Postmedia declared that it would cease publication of the Sunday editions of the Calgary Herald, Edmonton Journal, and Ottawa Citizen, coincidental with yet another round of layoffs. Those, sources indicate, also involve the complete centralization of copy editing services to the company's pagination centre in Hamilton. This means that with the exception of its front page, the final edit and the headlines for stories written by reporters for the Calgary Herald will be the sole preserve of staff located some 3,000 kilometres away. So, while proprietors continue to emphasize the power of local content in building reader loyalty, the knowledge and institutional memory that was once considered vitally important to the nuance needed for media to connect with those same audiences has been completely devalued. Others will also wonder why the Alberta papers, that were once—pound for pound—the most profitable newspapers in the nation, must simultaneously bear the lion's share of the revenue and cost control burdens

Regardless, what is clear is that the era of print products dependent on large, well-resourced, and well-researched newsrooms is over. 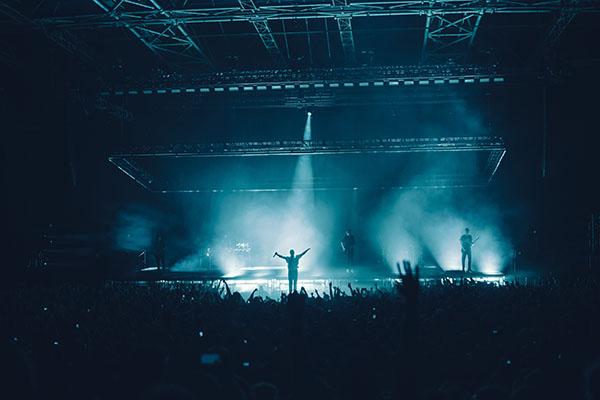 Caught in the Bill C-10 Spotlight
The Perils of Facing Down Facebook
The Connorian Oeuvre: A Tribute to Stompin' Tom

Some current newspapers, burdened by collective bargaining agreements no longer appropriate to 21st-century realities, will simply close. Others will transition into hybrid online-print products. A few may successfully become predominantly online news portals.

Even the newspapers that can transition online, however, will have lost a good deal of the power that allowed them to be dominant players and gatekeepers in the news industry for centuries. Chief among those, historically, was the high cost of three fundamental aspects required to compete in the world of print:

Take away those powerful, competition-suppressing edges and replace them with a level production and distribution (website) playing field along with innovative news-gathering strategies, and all the legacy media will have left is their (not to be easily dismissed) brand value in the market. That, in turn, should lead to more, rather than less, competition in news, sports, and entertainment-only products and a much greater diversity of perspectives.

None of that, even as the dinosaurs slip ever deeper into the swamp, should be cause for concern.

The Connorian Oeuvre: A Tribute to Stompin' Tom

Long before "The Hockey Song" propelled him to Canadian earworm status, I was an apostle of Stompin' Tom Connors and a fierce advocate of the late, great Prince Edward Islander's elevation to poet laureate Can you name one literary artist in Canadian history who would have the sheer guts—never mind ...