Doctors, lawyers and disability rights advocates are mobilizing against the federal Liberal government’s expansion of Medical Aid in Dying, warning it will open the door to “State-sponsored termination” of vulnerable Canadians.

“Suddenly, a lethal injection becomes part of a repertoire of interventions offered to end…pain and suffering,” says an open letter signed by 750 doctors across Canada as the House of Commons began debating the new MAiD legislation known as Bill C-7 this week.

“Bill C-7 would allow those who are not dying to end their lives by a lethal injection at the hands of a doctor or nurse practitioner. Shockingly, most of the safeguards that Parliament deemed necessary in 2016 to protect the lives of vulnerable individuals from a wrongful death are being removed,” the doctors add.

Among the most critical safeguards dismantled by the new legislation, they warn, is the requirement for a 10-day “reflection period” between a patient requesting MAiD and its administration by a health care provider. They also object to watering down of eligibility criteria so that any individual whose natural death is considered to be “reasonably foreseeable” could ask for and receive medically administered death.

If the proposed changes become law, patients “could be diagnosed, assessed and euthanized all in one day,” the doctors say in their open letter.

“The reckless removal of safeguards previously deemed essential will place desperately vulnerable patients directly in harm’s way and may cost them their very lives.”

“The reckless removal of safeguards previously deemed essential will place desperately vulnerable patients directly in harm’s way and may cost them their very lives.”

It’s a message driven home by the Council of Canadians With Disabilities, which earlier this month denounced Bill C-7 as a dangerous perpetuation of systemic discrimination against those marginalized by illness and physical or mental health challenges. Dr. Heidi Janz, chair of the Council’s Ending of Life committee, said the catastrophe of COVID-19 has exposed how “systemic ableism” left Canada’s most vulnerable to the ravages of the pandemic in the name of directing resources to those deemed more worthy of treatment. 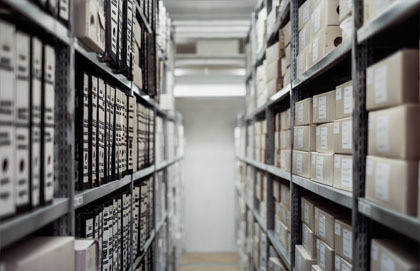 Protecting Patients in the Shadows of Euthanasia: 3 Recommendations
Progress Against MAiD
Open Wide and Say Law

“We’ve seen elderly and disabled people who fall ill being left to die in nursing homes, and never sent for medical care,” Janz said. “With such evidence of systemic discrimination against people with disabilities mounting daily, the Trudeau government’s decision to move forward with (Bill C-7) without adding safeguards to prevent marginalized Canadians being driven to seek assistance to die because they cannot get assistance to live is evidence of a head-in-the-sand mentality that endangers the lives of Canadians with disabilities.”

The Disabilities Council is demanding immediate withdrawal of the government’s new MAiD legislation and its replacement with a new bill that more carefully balances autonomy and disability equality rights, based on the 2015 Carter rulings requirement for stringent limits scrupulously monitored.

A public letter signed by more than 140 lawyers and law students underscores that call by urging the Trudeau government to recognize that Bill C-7 doesn’t merely expand MAiD.

“It fundamentally redefines it. No longer limited to hastening death, Bill C-7 embraces MAiD as means of terminating an otherwise viable life ­– but only the life of someone with an illness or disability for whom death is rendered an appropriate therapeutic response to suffering,” the lawyers’ letter says.

The proposed law thereby violates both Canadian constitutional commitments to equality, and the United Nations Convention on the Rights of Persons With Disabilities as identified last year by a UN Special Rapporteur.

“Bill C-7 is therefore premised on the notion that suffering associated with a non-life-threatening illness or disability is worse than any other type of suffering, and should, in some cases, be alleviated through a premature death – with social, legal, and governmental support. Bill C-7 thus affirms a very dangerous stereotype: that a life with a disability may not be worth living,” the 140-plus lawyers argue.

“If this Bill passes, Canadian law will explicitly single out life with an illness or disability as the only kind of existence which justifies state-sponsored termination. The Bill therefore contradicts a core premise underlying our entire legal system: that all lives have equal value,” they add.

"The Bill therefore contradicts a core premise underlying our entire legal system: that all lives have equal value."

They warn that Bill C-7 as written has even more directly ominous risks by allowing “advance requests” for MAiD that can be carried out on incapacitated patients “unless they positively” show by words, sounds or gestures that they’ve changed their mind.

“How many patients might be unable to express such a change of mind after making an advance request due to a loss of communicative or other capacities? Bill C-7 thus opens the Criminal Code to allowing, for the first time, the possibility of non-consensual homicide of an innocent victim,” they warn.

The chorus of legal, medical and activist voices adds to those of 57 multi-faith leaders who denounced the legislation last week before debate began on C-7, which was originally introduced in late February of this year but had to be re-introduced in early October when Parliament resumed after prorogation. The federal government crafted the legislation to respond to a Quebec Superior Court ruling striking down provisions of Canada’s 2016 changes to the Criminal Code so that Medical Aid in Dying was legalized.

Calgary physician Dr. Kiely Williams and Ottawa lawyer Faye Sonier show how the expansion of MAiD has given lawyers medical authority while silencing doctors who consider it very bad medicine.