My daughter is hoping—kinda—for a good old-fashioned Montreal ice storm this winter.

Among the 20-somethings in my daughter's bo-ho neighborhood, there is apparently something akin to nostalgia for the great verglas of 15 years ago.

"It sounds like it was so much fun," she told me the other evening. "Everyone got together at each other's houses and had parties. Some guy wrote a book about how much fun it was. We need another ice storm to bring everyone together like that again."

Yes, well, it is the nature of both nostalgia and being in your twenties to turn the terrifying into a house party. The anecdotal evidence I have collected over the years leans far more to elderly people being virtual prisoners in their homes, people fearing freezing to death huddled around dead furnaces in their basements, and the mere act of venturing outside becoming an exercise in bone breaking.

In fairness, my late cousin, a lifelong Montrealer who died far too young five years ago this month, used to argue persuasively that the 1998 ice storm put an ice pick through the heart of the separatist movement. It made real to everyone, he maintained, how little language differences matter when individual and community life itself is at risk. Those who persisted afterward in promoting separatist ideology were either neurotic grudge nursers like Pauline Marois or perpetual grandpa grumpy pants like Jacques Parizeau.

Despite the appeal of that particular piece of political analysis, I remain a bit of a grandpa grumpy pants myself about the power of natural threats to forge enduring bonds of human community. Frankly, I believe that people who cannot remember the words to our national anthem lack sufficient memory to recall for more than a day what it takes for all to truly stand on guard for one another. At the best of times, much of what most of us think of as the past is but another form of packaging. 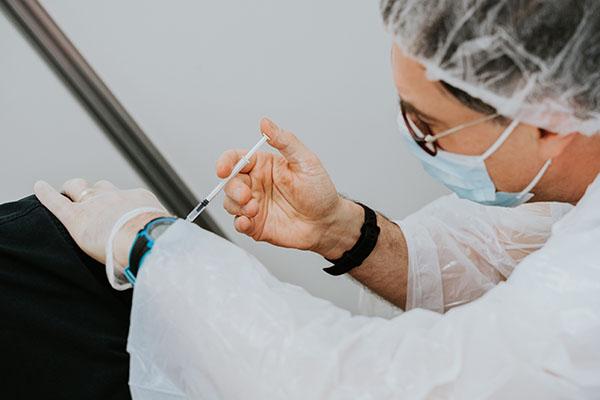 MAiD in the COVID Shade
The Connorian Oeuvre: A Tribute to Stompin' Tom
There's a life at the heart of the matter

Yes, yes, I know. The Battle of Britain was England's finest hour. The Defense of Stalingrad shaped the soul of a nascent—if short-lived—super power. Thank you, Mr. World Historical Hegelian.

The reality, of course, is that only a miniscule minority of humanity has ever existed for any time at all in the world historical realm. The rest of us live in ordinary houses in plain Jane neighborhoods where things going wrong on our street are either a) a major pain in the chops or b) a source of worry about who will find us after we freeze to death in our stained pajamas and worn out slippers.

This past weekend, for example, our street was without power from Friday night until Sunday evening when a windstorm blew a tree across a transmission line, touching off the fireball in the video below. Momentarily, I allowed myself to sentimentally imagine we had returned to a simpler time when families gathered happily around the roaring hearth to enjoy each other's company and exchange Oscar Wildean witticisms about the reportage in the public prints. Cold water poured down almost instantaneously.

Minus heat, light, electricity and hot water, we were reduced by Sunday to huddling around the gas fireplace wondering if the ripe aroma arising was unwashed armpits or Polish sausages going rotten in the defunct refrigerator. There was nothing fun, romantic, charming, character building or party-worthy about it.

On the contrary, it became increasingly irritating to flip on light switches out of habit and have nothing happen. Watching the NFL on my 52-inch flat screen was out of the question. So was finishing season three of my beloved "Breaking Bad" DVD set. E-mail was impossible after my iPhone died. I couldn't listen to my music stored in iTunes or get my photographs off the hard drive to work on them in Photoshop. At the end of the day, who wanted to go out for dinner smelling like sausages?

If that sounds like whining, it is. Inconvenience delivers whining the way overloaded take-out places deliver cold pizza: it's what we get soon after things go wrong.

It's also precisely what we forget the instant things are put right again, and why we happily buy the myth that a little urban hardship is good for us. Nostalgia can make even an ice storm seem warm and snuggly. The reality is that breakdowns of urban infrastructure are dangerous at worst and boring at best.

We live in the best time in human history in terms of pure creature comforts. Let us celebrate them, and leave yesterday's storms in the darkness of the past where they properly belong.

The Connorian Oeuvre: A Tribute to Stompin' Tom

Long before "The Hockey Song" propelled him to Canadian earworm status, I was an apostle of Stompin' Tom Connors and a fierce advocate of the late, great Prince Edward Islander's elevation to poet laureate Can you name one literary artist in Canadian history who would have the sheer guts—never mind ...

There's a life at the heart of the matter

Yet the term holds in it another irony: That for so many women, abortion was only an answer in the absence of real choice Abortion is the "choice" in that critical moment in a woman's life when hope went on holiday ...