We learned Tuesday, courtesy of the Liberal and New Democratic Party members of the House of Common’s Status of Women’s Committee, that some new qualifications seem to have been put into place for serving one’s country. The occasion was the election of a chair for the Committee.  Precedent has it that the Official Opposition nominates this position from among its membership. Yet when Lethbridge MP Rachael Harder was proposed, the Liberal and NDP members walked out. Their action meant the committee lost quorum and therefore couldn’t vote on the nomination.

The procedural tactics will continue Thursday but the arguments continued through the press.   Liberal MP Pam Damhoff justified the walkout saying:  “The Opposition Leader chose someone who is not pro-choice, who has voted against rights for trans people in our country, and those are not views that the Liberal members of this committee can support as chair.”

NDP MP Sheila Malcolmson argued, "The chair is the spokesperson for our work and it’s impossible for a spokesperson of an all parliamentary committee where reproductive choice is at the foundation of women’s equality…to be able to communicate and articulate our work.”

Let’s step back for a moment from the specific MP and her views on given issues.  At the heart of our democratic system is an understanding of Parliament as the place where the voice of the people is heard.  We hold elections in which the citizens of each district elect a voice to parler – to speak – on their behalf.  The election of 2015, in which 32,321 voters put an X beside Ms. Harder’s name (she received 56 per cent of the ballots cast in the riding), provides her the authority to take her seat and speak on behalf of the people of Lethbridge.

Insisting, as the Liberal and NDP members of the Committee seem to be doing, that an MP in good standing must pass some sort of ideological orthodoxy test in order to serve in Parliament is offensive. It is offensive to the MP herself. Indeed, it would be interesting to see if it breaches her Parliamentary privilege. It is also offensive to Parliament as the institution where differing understandings about Canada are settled civilly, even when debated heatedly. Most importantly, it is offensive to the citizens of Canada regardless of where they stand on particular issues or the political spectrum generally.

Why? Because it is saying that Canada is no longer a democracy that treats citizens equally, in which we believe in the power of evidence and ideas to persuade each other, or in which we have respect for the consciences and deepest beliefs of our neighbours.

Earlier this week, the New York Times ran a piece entitled “The Dying Art of Disagreement.”  In it, Bret Stephens insightfully observes that whereas agreement is the basis of building a community, “to say, I disagree; I refuse; you’re wrong; etiam si omnes — ego non — these are the words that define our individuality, give us our freedom, enjoin our tolerance, enlarge our perspectives, seize our attention, energize our progress, make our democracies real, and give hope and courage to oppressed people everywhere.” 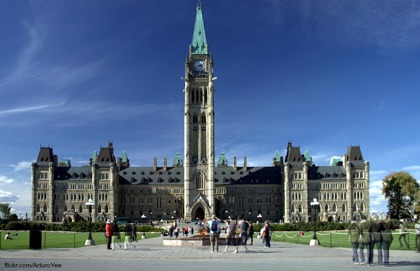 In Praise of Ritual
The Liberal Future
Rediscovering Liberal Principle?
To insist that a Member of Parliament is disqualified from chairing a House of Commons committee because her voting record and public positions differ from others is an appalling attack on basic democratic traditions.

To insist that a Member of Parliament is disqualified from chairing a House of Commons committee because her voting record and public positions differ from others is an appalling attack on basic democratic traditions. It assaults the very ground of understanding on which the electors sent this MP – and all others – to Parliament.

It is easy to get angry about the way such an attack distorts equality, diminishes democratic process, and quashes conscience, all done, of course, in the name of Charter values, which are being redefined to a particular set of policy outcomes rather than a protection of fair process.

But for me, the emotion it most provokes is sadness.

Sadness that these MPs, supported in a scrum by the Prime Minister and the leader of the NDP, seem so eager to play partisan games that they wilfully and recklessly juggle the democratic crystal vase in the process.

Sadness that in this supposed age of science and listening to data, the political class seems to have declared certain debates over, and disqualified from full participation in public life those who wish to continue the discussion.

Sadness such ideological hubris pervades our politics; where we are so confident in the righteousness of what we hold to be true; that we cannot grant even basic democratic civility to those who differ, and respect their rights to full and equal participation in Parliament.

Regardless of how this tactical game plays out, the fact it is happening at all signals to me an emerging attitude that bodes ill for our democracy. The increasingly routine vilifying of anyone who thinks differently from the elite consensus is neither helpful nor healthy for Canada.

The good people of Lethbridge elected Harder as their MP. I am sorry for them that some in the political establishment think and act as if they know better than the “rubes” they are sent to Ottawa to serve.  I am sorry for all those in every riding who cast votes for candidates with unpopular views, only to have those views declared unspeakable in the very forum for freely speaking our beliefs, Canada’s Parliament.

From a think tank perch a few doors down from Parliament, my point of view amounts to one person’s opinion. But if it helps at all, my Canada includes Lethbridge, and all the citizens of Canada, whether or not we agree.

There will always be a welcoming chair in the Cardus lounge for those interested in vibrant and civilized debate.

In Praise of Ritual

Yesterday, as has been the case for most recent budgets, I was privileged to receive an invite to that lockup and witnessed the process in which think-tankers, industry association representatives, and other interested stakeholders are given a 90-minute sneak peak of the budget documents ...