The Canadian Federation of Independent Businesses published a 2010 profile in October of Canada's top entrepreneurial cities. (For non-Canadian readers, the title of the report appears to be a play on Communities in Bloom, a well-established civic growth non-profit that focuses on environmental and beautification growth for Canadian municipalities). The cities are ranked according to factors such as high concentration of start-ups, high concentration of entrpreneurs, high levels of optimism, success in operations, and policy considerations such as the presence of supportive local government tax and regulatory policies.

Here are some notable highlights: 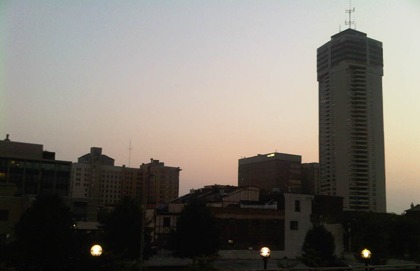 Rankings and lists are always controversial to some people, particularly those who are low in the rankings. Often, despite low overall marks, there are very encouraging things happening within communities that don't show up on a large-scale analysis like this.

However, it is important to get good information on broad patterns within and among Canadian cities along many fronts—economic, social, political, educational, and so on. For entrepreneurs looking to expand operations, franchises seeking promising markets, and companies who are examining the competitive benefits of relocation, these indicators can be useful for broad context.

The Canadian Federation of Independent Businesses notes that 53% of working Canadians are employed by SMEs (small and medium enterprises) and their collective health and ongoing growth are of great importance within the Canadian business landscape.

Wood suggested that there are really only three major options for the 200,000 or so people that arrive in cities around the world every day In each of the three categories of urban housing, the human factors involved in the design or informal evolution of those living spaces is critical ...