Convivium: What’s the broad takeaway from the findings of the latest Cardus-Angus Reid Institute polling on the state of religion in Canada?

Ray Pennings: There are really two themes that emerge at a macro level. Number one, first generation immigrants are twice as likely as the population as a whole meet the criteria of what is called religiously committed. That’s a pretty significant finding. The data show that 39 per cent of first-generation immigrants, compared to 17 per cent of third-generation plus Canadians, qualify as religiously committed.

It gives a broader perspective on the findings Angus Reid and Reginald Bibby in a book from a few years ago that looked at the Catholic Church in particular. They noticed then that it was particularly Asian Catholics immigrating to Canada who were providing a real vitality to the Catholic Church. But we see it’s not just the Catholics. It’s being replicated throughout faith communities.

That’s significant about new immigrants, but it’s also significant for the all Canadians however long they’ve been here to understand the place of religious faith in public life. When we look at diversity in Canada and new Canadians, we need to understand how for that population, religion and faith play a much more prominent role in their lives than it does to the population at large.

The second piece is what it says about third generation or later Canadians. On the one hand, they’re far less religious. On the other hand, when we asked them how things compare in Canada to other countries, they tend to view Canada more positively than do those who have just come from other countries. Underneath that there are hints that those who’ve been in Canada for three generations or more think we do religion well here. But first-generation immigrants, while they are quite positive, are less positive regarding how well Canada understands and deals with religion than those who have been here for a long time.

Convivium: Was the research able to determine why they feel less positive about Canadian understanding and treatment of religion?

Ray Pennings: We didn’t break it down far enough to get to specific factors that make newcomers less positive. But we did ask when they compare the situation here to their home country when it comes to religious freedom, 43 per cent of immigrants were very positive that it’s better in Canada. By contrast, 74 per cent of third generation Canadians were positive about religious freedom in Canada. Now, part of that might be the number of immigrants coming to Canada from places in the world that are more religiously fraught. But I think an equal or larger part of it is that there is an amnesia about what religion and religious identity means for many Canadians.

C: To be clear, though, the survey wasn’t just of refugees fleeing persecution, including religious persecution. It primarily comprised people who’d come through the regular immigration process, correct?

To engage the rest of society, they need to ask themselves: “What does my faith mean to those who do not worship with me?” 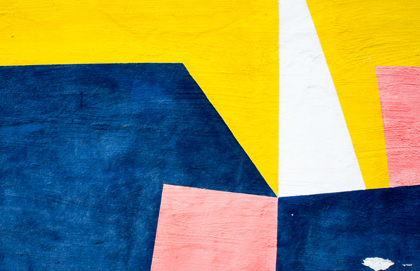 C: So, newcomers aren’t as positive about religious freedom in Canada, and it seems they’re on to something if “religious commitment” here declines in two generations as sharply as the numbers you cited above?

RP: But there is a challenge to seeing the numbers as that clear cut. It’s true, you can take a look at first, second and third generation and see a decline in terms of religiosity and suggest it supports the narrative of immigrants coming with faith but losing their faith the longer they live here. Certainly, when you talk to the leaders of various faith traditions many say there is something of that phenomenon that goes on.

At the same time, we have to remember that we are talking about different eras. As I mentioned early, the immigrant groups coming today have a strong Asian and east Asian emphasis. If you take a look at the immigration of a generation or two ago, it would have been much more Western European. Even within the two groups (of older and newer immigrants) they’re far from monolithic. There’s a mix. You can’t just automatically assume loss of faith.

What we can say is that there are two things happening here. Definitely, those who are coming with a very strong religious tradition and identity are holding on to it, though not necessarily passing it on to their children and grandchildren. There is certainly some slippage from one generation to the next within religions.

But the bigger issue is the understanding of religion and public life. That was borne out by the bulk of our (Angus Reid Institute) surveys over the last year that showed an amnesia among Canadians about the role that religion plays in the public square. There’s a forgetfulness that, say, St. Joseph’s Hospital down the street or the Jewish adoption agency or the multi-faith refugee agency or the Salvation Army caring for the poor – all of these organizations that we take for granted as part of Canadian public life –as religious organizations actually have religious motivations. People involved with them do those things – care for the sick, the poor, the refugee – not just because they want to be nice to their neighbours, but because they have a sense of religious duty. This is who they are, and how they express their humanity.

C: Are you saying, then, that what we perceive of as a “natural” loss of faith is also a loss of identity, but we don’t recognize it that way because Canadian society no longer regards faith as identity?

RP: When we talk about religion and the public square, particularly about religions that are different than our own or that we don’t understand, the issues are usually issues of accommodation: how do we accommodate Muslims who need a prayer room, for example. I think we need to back the conversation up.

We have increasingly come to understand in the public square that people’s sexual identity is a core part of who they are as a person and that they shouldn’t have to leave that at home, they have to be able to participate as full people. Well, religious identity is every bit as much a part of people’s personality and understanding.

It’s inappropriate to ask people to leave their religious being at home or in their places of worship. They in fact need to be able to participate as full people in the public square speaking out of their deepest convictions. It’s not that we are going to all agree but we have to learn how to have respectful civil dialogue even in the face of disagreement. There’s an engagement that needs to happen. There needs to be forums in which we discuss and learn from each other. Accommodation remains a factor, but we’ve jumped to the accommodation and over looked the phases of awareness, affirmation and engagement that are so important.

C: How do we re-start the conversation you’re describing? Who should initiate backing it up and getting it on the right track again? Should different faith groups themselves be leading that?

RP: Faith groups have often approached the public square as if they are private groups looking to protect their private interests. Yet in almost every faith tradition, there is a sense of love of God and love of neighbour, which gives a particular sense of the common good. Faith isn’t just something that’s put on once a week and then put back in the closet. It’s not just about wearing different hats and eating foods that are out of the norm. No. It is about a conception of the common good, and what it means to live together.

I think faith communities themselves need to articulate that for their own communities. To engage the rest of society, they need to ask themselves: “What does my faith mean to those who do not worship with me?” We need to understand we live in a society alongside those who have different conceptions of the common good, and we need to find ways to engage in civil discourse and respectful disagreement: an honest conversation, not a marginalization.

What I do know is that communicating a sense of entitlement and privilege with religious language is not the sort of faith in public life I am advocating. Anita Perry's outburst last week that her husband, an outspoken evangelical running for the Republican Presidential nomination, was being "brutal...