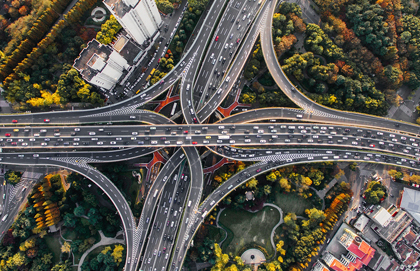 I spent Reformation Day –October 31 2017, five centuries on from Martin Luther in 1517 – in New York at an all-day seminar on evangelization sponsored by First Things, the journal founded by Richard John Neuhaus. The Lutheran pastor turned Catholic priest spent his entire life working in common cause, witness and intellectual engagement across the divide of the Reformation. The topic was evangelization of the “nones,” those who report no religious belief, a large and growing segment of the population.

That Catholics and Protestants – and Jews – could discuss together theology and pastoral practice is a phenomenon that at Reformation 400, just a century ago, would been hard to imagine. That’s a grace. It is also sobering that we were discussing the substantial part of the population for whom religious faith – Catholic, Protestant, Jewish or otherwise – is considered superfluous, irrelevant, or even false and dangerous. That, too, is a big difference from even 50 years ago, let alone 100. That is not a grace.

Both Convivium and its home, Cardus, participate daily in the grace of common cause, witness and intellectual engagement across the divide of the Reformation. Cardus has its roots in the Dutch Reformed tradition, and Convivium is a project conceived by Catholics, but intended from the beginning for a broader ecumenical and inter-religious audience. Our publisher, Peter Stockland, and I are proud of what Convivium produces, but it is good to remember that just the fact of its existence is a blessing to us, and a small but real contribution to Christian unity.

As mainline Protestantism moves farther away from Biblical doctrine and morals on contested social questions, it is easy enough to lament that the prospects for Christian unity – willed by Jesus Christ for His Church – are diminishing. That is true, and it is to be lamented. Yet there is also good news on the Christian unity front that in God’s own time will bear fruit.

It should be better known, but it is not, that Catholics and Lutherans agree on justification. What’s that? The principal theological disagreement of the Reformation is over? Lutherans will be praying the Stations of the Cross next Lent, and Catholic congregations will learn to sing?

Not exactly. But it is approaching 20 years since the Catholic Church and Lutheran World Federation signed a “joint declaration” on justification. An excellent summary of the history and substance of that declaration was written by Cardinal Avery Dulles, himself an Episcopalian convert to Catholicism, whose theological work gave ecumenical relations a high priority.

One of the central themes of the New Testament, if not the central theme, is the way to obtain salvation. To be on the right road is, in New Testament terminology, to be justified. The corollary is that unless we are justified we are unrighteous and are on the road to final perdition. In other words, justification, as a right relationship with God, is a matter of eternal life or death. If it is not important, nothing is.

What’s that? The principal theological disagreement of the Reformation is over? Lutherans will be praying the Stations of the Cross next Lent, and Catholic congregations will learn to sing? Not exactly.

According to Christian faith, justification is a gift of God, who grants it through His Son and the Holy Spirit. Fifteen hundred years of intense reflection have left us with a number of questions. Four seem to me to be crucial: 1) Is justification the action of God alone, or do we who receive it cooperate by our response to God’s offer of grace? 2) Does God, when He justifies us, simply impute to us the merits of Christ, or does He transform us and make us intrinsically righteous? 3) Do we receive justification by faith alone, or only by a faith enlivened by love and fruitful in good works? 4) Is the reward of heavenly life a free gift of God to believers, or do they merit it by their faithfulness and good works? 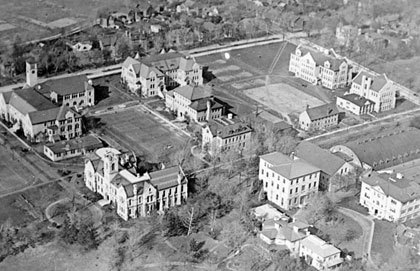 The heart of that Joint Declaration on the Doctrine of Justification:

Together we confess: By grace alone, in faith in Christ’s saving work and not because of any merit on our part, we are accepted by God and receive the Holy Spirit, who renews our hearts while equipping and calling us to good works.

This consensus does not go beyond the clear conclusions of the dialogues. While it is in perfect accord both with the Augsburg Confession and with the Decree on Justification of the Council of Trent, it dispels some false stereotypes inherited from the past. Lutherans have often accused Catholics of holding that justification is a human achievement rather than a divine gift received in faith, while Catholics have accused Lutherans of holding that justification by faith does not involve inner renewal or good works. By mentioning both faith and works, both acceptance by God and the gift of the Holy Spirit, this sentence strikes an even-handed balance calculated to satisfy both sides.

That is, to employ radical understatement, a major achievement. It does not mean that full communion is around the corner, as disagreements remain about the sacraments, Biblical interpretation and authority, amongst others. But to agree about justification is an astonishingly large step forward.

In 2006, the World Methodist Council associated itself with the Joint Declaration. This year, in July, the World Communion of Reformed Churches did the same, choosing to do so precisely in Wittenberg, Germany.

Earlier this week, on October 31, Reformation Day, at an ecumenical service in Westminster Abbey, the Archbishop of Canterbury, Justin Welby, joined the Anglican Communion to the Joint Declaration, which it “welcomed and affirmed.”

“When the Lutheran World Federation and the Catholic Church signed the Joint Declaration on the Doctrine of Justification in 1999, you resolved the underlying theological question of 1517, in a decisive moment for all churches in the search for unity and reconciliation,” Archbishop Welby said at Westminster Abbey on Tuesday.

In that service, Archbishop Welby presented the text of an Anglican resolution affirming the Joint Declaration to the

The main religious news, so to speak, out of New York on Reformation Day was the latest jihadist terror attack. Little attention was paid to the joint affirmation of Anglican, Lutherans, Reformed and Catholics in Westminster Abbey. But it remains of great importance, and that act on Reformation 500 will mean that at Reformation 600, the Christian world will look significantly different.