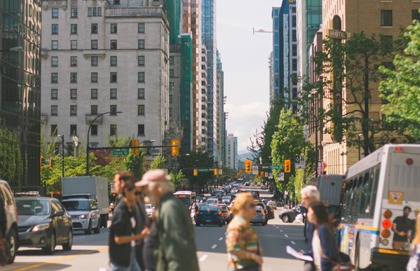 In the modern era, we have treated the plenty of nature as limitless—the carrier pigeon, buffalo, cod, rainforests, oil, agricultural land, and oceans. In painful slow motion, the long dawn of our awakening may be taking place. In time? Certainly not in some cases.

Could the same be true of our social landscapes? Are the "old" institutions, both formal and informal, being over-taxed, eroded, or clear-cut faster than they are being replenished, floundering on a demand gradient greater than their supply? Are we dismantling them because they are perceived as obstructions to building the better future? I offer a comparative reflection.

Last fall, during Pierre Filion's Planning Paradigms and Theory course at the University of Waterloo, Robert Moses was the subject at hand. I was taking notes and drawing intermingled sketches trying to put myself into his milieu as best I could. Standing in the middle of the 20th century, Moses thought that his sweeping public works projects would solve economic and social problems of the time by opening up more of New York City to vehicular traffic. Few other single individuals have shaped New York's recent built environment as significantly as Moses. He made many positive contributions through establishing public parks and building bridges but ran over the old built environment wherever it got in the way.

The impulse of the time was that physical determinism contributed to many social ills such as crime and poverty: upgrade the spaces, buildings and roads and behaviour would improve. Old buildings and streets were inferior and needed to be gotten rid of so that modernism's clean, controlled, and managed master plan could spread its goodness. Goodbye Penn Station. Jane Jacobs provided a significant counterpoint; the intricacy of living systems was not harmonious with modernisms linear assumptions. She argued that if you don't attend to those intricacies, you can end up with a shiny new city that lacks a pulse, public squares devoid of life, cadaverous parks, and socially sterile towers. 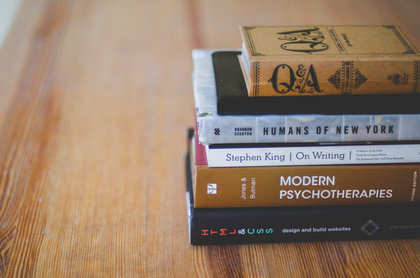 Building the Social City
Glorious Adaptation: Institutions that are Future Ready
How Institutions are Born (sort of)

It is no longer chic to just destroy old buildings but that won't bring back Penn Station. Are institutions today the old buildings of Robert Moses time? They seem to be less chic, awkward hold-overs from the prosaic past, and so one wonders if we are not in the midst of repeating within our social realm what we have done architecturally, ecologically, and culturally. As we decry the failures of institutions from the family to churches to community groups, are we repeating the same mistakes but in another guise only to begin to sense, when they are slipping beneath the waves, or languishing in a landfill, that they were in fact somehow vital to the full functioning of our society?

We may discover that what seemed archaic, extraneous, superfluous, or old-fashioned in terms of the institutional structures of our time plays an indispensable role in sustaining social and cultural features that we cannot function without. When you rend the ozone, burn a rain forest or pollute an ocean, not much changes the next day, or the day after that. But by the time you notice the changes that do result, the possibility of withdrawing your decision has passed and the cupboard of instant remedies is bare.

Vandalism requires no skill, forethought, or insight: a match could destroy the Mona Lisa. The act of creating a masterpiece is impossibly more difficult by comparison. Leonardo da Vinci was a creative spark arising from all that preceded him and painting the Mona Lisa was a creative act arising from that sublimely life. There are facets of our social landscape, the architecture of our various societies, that are equally difficult to replicate but easy to destroy.

We cannot accept the rude calculus of social vandals for whom every institution represents an ill to be eradicated. In our confusion about what institutions do and why they might matter, we have often treated as champions those who might more fittingly be identified as scoundrels; financial and business leaders who game the economy, politicians who calculate social policy based on their short term gain whatever the long-term cost, judges who rule by trend rather than by long-held and hard-won principles of jurisprudence, and those who are against everything and stand for nothing.

Where new institutional forms are emerging, we must do what we can to nurture them to fruitful and vital thriving among what has been inherited. There is little doubt that many institutional forms are in need of critical assessment, calling us to practice The Art of Exit that Bunt and Leadbeater write about. As we evaluate whether current health care, educational, political, religious or cultural institutions should be supported or scrapped, it may be that we will need to develop an adaptive re-use strategy for social institutions the way that architects have done in assessing old building stock, leveraging change with the wisdom of history.