I had never heard of it when we arrived in St. Louis a few days ago on vacation. But after we had toured the massive St. Louis Arch, Michelle noted that one of the brochure's she picked up had flagged City Museum (CM) as a must-see. We did so.

It turns out you don't just 'see' CM—you experience it. And once you've experienced it, a kind of imprinting seems to work on you, like an embedded chip or something. CM is a strange place. When you arrive, they don't give you a map of the place with a list of things to do. Instead, you start wandering around trying to figure out exactly what you've let yourself and your kids in for. You wouldn't be surprised if Tim Burton walked past or Willie Wonka himself appeared suddenly.

CM is nothing like the McDonald's-style danger-sanitized kinds of playgrounds that surround us. Want to know what current legal contours are surrounding children and public spaces? Don't bother cracking a book—just look at playgrounds. They may be colourful but most of them are as boring as a B-grade reality show (or any reality show, for that matter). 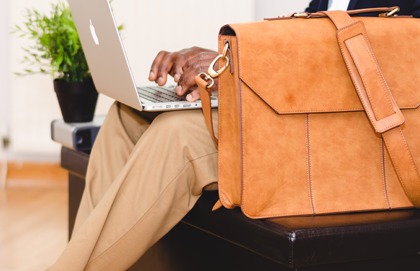 Are you afraid of heights? CM will scare you with a dangling school bus and passenger door that opens, wire 'tunnels' six stories in the air, and wire cages that you climb inside balanced precariously on the edge of the 10-storey roof. Are you claustraphobic? CM will push your limits with tunnels under the floor, a labyrinth cave area with tiny passages, and twisty wire-cage climbing spaces. You can't quite get the sense of height in this photo we took but if you look close, you'll see kids looking out of the bus door (there is a wire barrier so your kid won't go flying out but it does little to ease the sense of hazard you instinctively feel).

Founder, Bob Cassilly, wanted a place where you would be pushed slightly off-balance, where things would verge on the edge of control. CM is a massive art installation you get to climb in, on and around. Here's a quote from a land use website:

At times integrating elements of the factory (like the spiral shoe slide that runs through it) into the spaces, at other times boring holes through it, or slicing rooms into smaller and smaller spaces, it is an architect-less architecture of accretion, excavation, and evolution. Each environment is an expository riff on form and materials, materials that were found and repurposed, clustered and flayed, from industrial remnants, to parts of other buildings, to fully formed period environments. Tight spaces shaped like dinosaur guts, galleries of gargoyles, aquariums, monstrous mosaics, plazas, stalagmites, chutes, slides, caves, chambers, mezzanines.

I haven't stopped thinking about it since we left. The idea of re-purposing a post-industrial landscape has intrigued me for a long time. Many cities, including Hamilton, have spaces ideally suited for novelty and creative re-development. City building isn't about starting from scratch—you have to work with what you have, mix it up, add some new, re-think some old.

And there is more good news. Cassilly is working on Cementland—a 54 acre abandoned cement factory that is being prepared for more craziness, including water, pitch-black caves, and more high-in-the-sky terror. I'll definitely be visiting.

The social entrepreneurship movement is gaining credibility because it has become a fertile soil where vision and action meet ...

Philanthropy was once one-to-many in direction and amplitude, but today facilitated means of communication and synthesis Online are enabling many-to-many philanthropic models to become widespread and increasingly powerful ...