C: You have previously served in a Samaritan’s Purse field hospital near the besieged city of Mosul. Most recently, you’ve returned from serving the displaced Rohingya people in Bangladesh. Fellow DART member David Bock has been quoted as saying, “What they need most is hope.” Would role do you see hope playing both medically and theologically in the work that the DART team undertakes?

My deployment with Samaritan’s Purse this past spring in Iraq was in association with the Disaster Assistance Response Team (DART) that involved a full surgical field hospital functioning near Mosul. This most recent time of service came through World Medical Mission (WMM), a branch of Samaritan’s Purse that partners with mission hospitals and clinics around the world to send volunteer medical staff to provide short term relief and support. In the final days of my time in Bangladesh, the mandate for providing aid changed direction, and it became a formal DART.

The DART program seeks to save lives, reduce suffering, and proclaim the Gospel of Jesus Christ. The concept of providing hope is woven within each element of this mandate. Hope often first means allowing people to trust that their basic needs will be met, and that they are cared for during an acute phase of crisis.

The work that the DART undertakes goes far beyond the physical provision in the response - this is where the intersection of theological and practical hope comes in. Walking alongside people relationally allows for organic opportunity to share with them the hope that we believe comes from belief in God, and pursuing Him in our lives.

To acknowledge suffering, hear their stories, and by our lives and words sharing the hope of Christ to each person that we interact with does far more for the care of the person then the simple physical provision of aid. The belief in hope that comes through salvation in Christ make far more impact in the long term. Working cross culturally, we are able to share this hope through translators when we have time, but often it is demonstrated through our behaviour and caring.

C:  For readers unfamiliar of the emergency situation unfolding in Bangladesh, can you describe the plight of the Rohingya people?

While the ‘Rohingya Crisis’ has only been making frontline news in recent months, this is not a new crisis. The Rohingya people are a primarily Muslim minority who live in the Rakhine state of Myanmar. They have fled to surrounding countries due to persecution in their country. Many have crossed the border into Bangladesh and live in makeshift camps in the south of the country.

The most recent influx of refugees are a result of a violent interaction altercation between Myanmar government personal and local Rohingya persons. More than 640,000 refugees are estimated to have fled the region since August. Medicines Sans Frontiers, which has been active in the region for years, called for increased humanitarian aid to assist with this latest influx of refugees. That led the media to focus some attention on this group.

...there is nothing quite like seeing the look on a child’s face when they discover what bubbles are, and that taking the time to show them how to colour is worth giving a medication a little bit late.

C: I understand that Samaritan’s Purse, in partnership with World Medical Mission, has established a 24-bed Rohingya Care Unit. What are the most pressing needs facing the Rohingya people?

While I was in Bangladesh, we addressed acute surgical cases that came into the referral clinic in the camp. Many of these surgeries addressed old injuries related to the violent conflict that took place in August 2017. Infections, broken bones, wound care, and traumatic injuries were primarily what we saw, although some patients also had general surgical needs that arise in any population. This unit has expanded in size in the past two months as international field staff have come on assignment to continue to care for those in need.

In the past few months, as more people have crowded the refugee camps, the assessment of needs have shifted. Samaritan’s Purse has responded with a DART to address the growing medical need of the rising Public Health crisis of a diphtheria outbreak in the camp. Since there is no immunization program available, large scale migration with high density populated areas such as a refugee camp increases risk for many communicable diseases.

C: Was there any aspect of the assignment that surprised you?

I am continually astounded at the resilience of people that I have the privilege of meeting and working with internationally. The stories of their journey that brought them into our care are often heartbreaking and seem quite unbelievable coming from a society that is remarkably safe and secure. 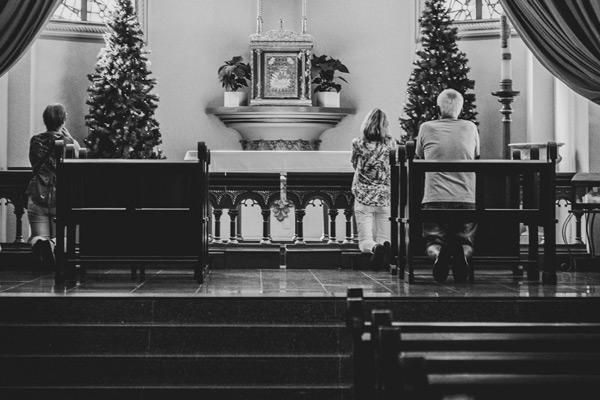 Often assignments involve going into a situation where we are starting from the ground up to build a care unit and organize the logistics of supplies and the many needs that arise with medical care. This experience was unique in that we came into the mission hospital that was already established and had been servicing the people of Bangladesh for over 40 years.

I was privileged to join the long term staff for a brief few weeks. It was amazing to see how the local community had been affected by the hospital, and to hear stories of growth and change over the decades. We were welcomed so graciously and felt exceptionally loved and cared for by the staff at the hospital who took time out of very busy full schedules to get to know us.

C: How did your work with the Rohingya intersect with your personal journey?

Every time I have the opportunity to work internationally in disaster response, it is an answer to prayer and a dream come true. I never know quite what to expect, and I am always surprised by how much I learn in the field from both the patient’s I care for and the staff that I work alongside.

This trip was personally both fulfilling and heartbreaking. I was humbled and inspired by the graciousness of the long term and National staff who we worked alongside in the Rohingya Care Unit. The nature of this opportunity allowed us time to really invest in the patients that we were caring for, and I found myself brought to tears in celebration when patients were discharged home, or in sadness when wounds did not heal.

I work critical care here in Canada and am not often afforded the moments to just enjoy the people I am serving. I have learned that there is nothing quite like seeing the look on a child’s face when they discover what bubbles are, and that taking the time to show them how to colour is worth giving a medication a little bit late.

I have yet to return home unchanged from an experience. The personal challenge comes in the question of “what now?” I find myself looking for intentional ways that the experience I had can continue to have a lasting impact even though I am no longer present on the field.

C: What particular stories from your time in Bangladesh can share with our readers?

We had one little girl who was confined to her bed due to her injuries. She was angry, scared, and in lots of pain when we first arrived. While her body healed, she watched us all interacting and playing with all the other children during the days while she sat silently colouring in her bed. Another little girl noticed and would begin to sit with her and play games, or each of us would take time to sit with her and play so she did not feel left out.

I had one day off and returned to the unit to find her up and walking around with the help of her uncle. The next few days she hardly stayed in bed, but would walk around with her friend, come sit with us at our nurses’ desk, or go up and down the aisle “entertaining” the other patients. It was a gift to be able to see her heal from a tremendous injury, and have her joy returned to her as she improved.

Her bed neighbour particularly enjoyed seeing her spring to life as she got better. He was a father of three little girls, and had been with us for quite a few weeks with an extensive wound that took time to heal before we could send him home. He missed his daughters greatly, but took that sadness and used it to reach out to this little girl that was lying in the bed next to him. Since they both could not walk, he would talk to her, play little games with her, and try to comfort her when her uncle was not present and she was scared.

Seeing the Rohingya people grow to care for one another was not uncommon - they had been through so much. This common ground brought them together as a family in our little unit. Here they had a place; they were known, safe, and loved.

C: It seems you had more opportunity to interact with the broader Bangladeshi community. Tells us about  the spiritual landscape of Bangladesh.

The primary religious climate of Bangladesh is both Muslim and Hindu. The traditions of these religious are seen woven into the culture of the nation as people of differing beliefs coexist in the villages. Spirituality is very much a part of their culture. It is not kept private, but I experienced how people hold to and are identified by their belief system.

The community around the mission hospital was unique in that it had a large Christian population due to the ministry of the hospital that has been present over the last decades. We worked alongside national staff that held to all three belief systems, and I found it very interesting to see the mutual respect that was evident among the staff and volunteers. We had opportunities not only to minister to the Rohingya patients, but also to the nationals that have been working at the hospital for many years, and would continue to long after we came back to North America.

Cultural differences, and the way we lived out our beliefs and values, opened doors to conversations about why we would come and care for a people group that was unwanted, or about how we approach gender equality while being culturally sensitive. Seeing how a select few staff softened as they experienced the Gospel was beautiful. Knowing that their concept of Christianity was formed by such a gracious staff at the mission hospital allowed us to come in and continue to share how Jesus has impacted our lives.

C: How can Canadians of faith pray specifically for our Rohingya brothers and sisters?

A generation raised without religious faith is suddenly dropping to its knees to plead its causes. Peter Menzies asks whether it’s the spirit moving – or another triumph of marketing.