For those involved in politics, leadership conventions are like overtime in game seven of the National Hockey League Conference Finals.  The only event more exciting than a leadership convention (and potentially more devastating) is Election Day, when government itself is either won, lost, or kept out of your team’s grasp.  The 13 candidates who showed up to run for leader of the Conservative Party of Canada (CPC) brought a legion of dedicated activists who spent the last year pouring their blood, sweat and, for many, eventual tears into the ideas and people that they wanted to lead their party.  Leadership conventions are the culmination of the hopes and fears of, not just candidates, but also their supporters.

Hospitality suites are the beating heart of any political convention, where the Conservative family gathers in friendship.  Despite supporting different candidates, most long-term supporters know each other and have fought many campaigns together.  Most of these friendships are forged under intense stress in the pursuit of a common goal; the type of friendship that C. S. Lewis described when he said, “True friends don’t spend time gazing into each others’ eyes.  They may show great tenderness towards each other but they face in the same direction.”  This commitment towards a common goal builds deep bonds.

Friday was filled with a nervous confidence at the Bernier suite, a sense of cautious optimism among O’Toole’s supporters, and stone-faced determination among Scheer supporters.  Yet, as I circulated the various suites talking to old friends, there was a common belief that Maxime Bernier would be the next leader of the CPC.  Apart from his most ardent supporters, this was usually said with a sense of resignation.  In fact, the best way to describe the Bernier hospitality suite was a premature celebration of a victory that felt close to inevitable. 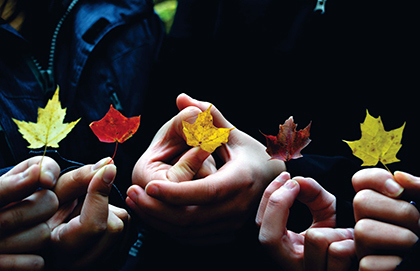 Saturday morning was pregnant with anticipation.  Most of the attendees had been out late the night before drinking and talking to one another, reaffirming Martin Luther’s assertion that “beer is proof that God loves us.”  Yet, as the convention hall filled up, there were no bleary eyes.  The halls were filled with campaign workers mainlining adrenaline, bright-eyed interns, and the kind of hushed excitement that precedes any momentous occasion. And then Rona Ambrose took the stage.  As she spoke, I looked at the women around me and saw a mixture of pride and sadness.  It was at that moment that I realized just how meaningful the leadership of Rona Ambrose had been for the CPC, and how deeply she would be missed by all of us.

Then the moment that many of us had spent over a year preparing for arrived.  The first ballot results were announced, and the blood drained from the face of every Bernier supporter in the building.  Andrew Scheer supporters were seen returning to their war room slapping one another on the back.  While the final result seemed close, the general consensus shifted as soon as the first ballot was seen.  Now, everyone believed Andrew Scheer would come out on top.  The social conservatives had flexed their muscles with Brad Trost sitting in fourth place on the first ballot. In the end, the dairy farmers, social conservatives, and fundamentally cautious nature of the conservative base would barely stop ‘Mad Max’ from taking the reins of the CPC, and taking it in a radically different direction than Stephen Harper had.

What this means for the CPC is yet to be seen.  Losing is never fun.  For Bernier’s people, losing by that small of a margin was devastating. For Scheer’s people, there were outbursts of joy and a sense of euphoria.  In general, there was a sigh of relief that it was finally over; the CPC once again has a permanent leader.  Saturday night involved more drinking and networking.  The Bernier people drowned their sorrows, and the Scheer people augmented their excitement.  The bonds of friendship deepened and new members were welcomed into the Conservative family and, with a sense of tired determination, we began to prepare ourselves for 2019.

While the final result seemed close, the general consensus shifted as soon as the first ballot was seen.

The “you people” phrase Cherry used links to a myriad of sordid dimensions in Canadian history and memory, writes Peter Stockland, bringing us back to numerous occasions of discrimination.