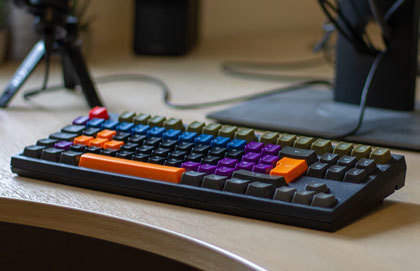 In order to understand Canada’s current efforts to combat the spread of online hate by signing on to the Christchurch Call and other initiatives, you should probably know how the nation’s already-rigorous hate laws came to be.

To do that, we have to go back almost 60 years. There was of course no Internet in those days. Not even cable. No Facebook. No Twitter. And certainly no dark web. Not even a handheld calculator, let alone a cellphone. But there was still hate in the shadow of the greatest manifestation of evil in human history: Adolf Hitler’s “Final Solution” and slaughter of six million Jews.

We knew, very clearly, the depraved depths to which the human mind and spirit could plunge. Our fathers wore the scars of battling against it. Widows and orphans still mourned. Mothers still wept. The memories of cinema newsreels showing the horrors of Dachau, Auschwitz and more were fresh – raw, even.

The mantra – and I can still remember my mother’s voice on this – was that while the Germans themselves would be forgiven, their acts and what led to them would never be forgotten.

And still, hate was finding a way. Not only did it continue to soil the minds of its victims, they were finding ways to spread it even as the Berlin Wall was being built.

It was unsettling, in particular to groups such as the Canadian Jewish Congress. They, with help from politicians such as former prime minister John Diefenbaker, rallied public support and, as a result, the Lester Pearson government of the day formed the Special Committee on Hate Propaganda. The membership – Chair Maxwell Cohen, dean of law at McGill University; Saul Hayes, QC, executive vice-president of the Canadian Jewish Congress; Dr. James A. Corry, Principal of Queen's University; Father Gérard Dion, professor of industrial relations at Université Laval; Dr Mark MacGuigan, then a professor of law at the University of Toronto; Shane MacKay, executive editor of the Winnipeg Free Press; and Pierre-Elliott Trudeau, then professor of law at the Université de Montréal, was considered an intellectual tour de force.

The report eventually led to the establishment of Canada’s first anti-hate law embedded in the Criminal Code in three new offences: advocating genocide, publicly inciting hatred likely to lead to a breach of the peace and wilfully promoting hatred (against an identifiable group). It was enacted in the early 1970s by which time Professor Trudeau had become Prime Minister Trudeau 1.0, and it has served us well.

It is measured, precise and sets a bar that clearly also serves to protect the very foundation of modern democracy: freedom of speech.

And still, hate was finding a way. Not only did it continue to soil the minds of its victims, they were finding ways to spread it even as the Berlin Wall was being built.

Fast forward to 2019 – an age in which Islamist extremists have horrified the world for a decade or more by livestreaming the execution of their victims through decapitation and being burned alive in cages. A couple in California were among the first to be linked to social media after they, in 2015 and in the name of Islamic state, slaughtered 14 innocent people in San Bernardino. (Lawsuits against Facebook, Google and Twitter for providing an inspiration/platform for the couple were dismissed). Finally, a crazed gunman with a history of bigoted views walked into a mosque in Christchurch, New Zealand this year and killed 50 innocent worshippers at prayer while he streamed it on Facebook.

So here we are. The platforms have changed, and while I can recall having a Ku Klux Klan poster slipped under my door in the 1970s, are apparently more invasive. The level of intolerance towards free speech has risen and there is a growing view that the definition of hate must be expanded from that which harms to embrace that which irritates.

It is in this light that Canada, which has spoken firmly in defence of net neutrality, this week launched its Digital Charter outlining what social media should be and threatening financial consequences if the companies operating those platforms fail to live up to the government’s moral standards.

There are some worthy objectives among those listed, particularly in the area of privacy, although one might wonder if those might not best and most firmly be addressed through the Office of the Privacy Commissioner and its empowering legislation.

And we can all agree with the principle that data and digital media should be “used for good” even if as the deeper we get into the relativism of the 21st century, the more uncertain we are what that even means.

What is more confusing and therefore troubling is what is intended by the focus on “protecting” people from exposure to hate and threatening consequences should they be so exposed and what exactly is meant by “hate” and if it has or will be redefined. For if there is no intention to redefine hate, why would this Charter be necessary? If hate and violent extremism are being encouraged on social media platforms, shouldn’t a simple 911 call lead to the appropriate actions?

Or do governments find it easier to use their influence to convince private companies to impose their own restrictions (contrasting moral views on abortion and other matters, for instance), rather than risk passing legislation that might not withstand legal challenges?

We should all applaud the purpose of The Christchurch Call, as did those who joined Canada in signing on to it: Australia, United Kingdom, New Zealand, Germany, France, the European Commission, Indonesia, India, Ireland, Italy, Japan, Jordan, the Netherlands, Norway, Senegal, Spain, Sweden, Facebook, Google, Twitter, Amazon, Microsoft, Daily Motion, Qwant and YouTube.

We should admire its plan to prevent terrorists from uploading extremist content and to increase transparency around tech companies' algorithms and the detection and removal of such content.

We must be ever mindful that just as there is good there is evil and that it stalks the souls of men and women.

But we must also be vigilant, as the Cohen panel was in 1965, that our fears and more – our sensibilities – don’t suppress our freedoms.