If you dislike self-serving arguments, don't read this.

The seed for this piece comes from reading Geoffrey Kurtz's review essay of George Scialabba's What are Intellectuals Good For? Sciaballa's book seems to be a lament regarding the diminished place that public intellectuals have in society.

We are saturated with words and images produced by 'anti-public intellectuals' of the public relations industry; corporations and the wealthy have accumulated overwhelming political power; the 'decline of print literacy' saps what sources of public thought might remain. Thus our most evident intellectual need is for writers who can research, expose, debunk.

Scialabba argues that regrettably, the liberal arts approach of the public intellectual is being replaced. He notes, "The need for specialized empirical intellectuals who can clarify technical problems for the public does indeed overshadow the other roles that intellectuals might take on, and the experience of residing in a republic that often resembles an oligarchy or an empire can be, for American intellectuals, horribly disorienting. To respond with essays and reviews is, to say the least, awkward." 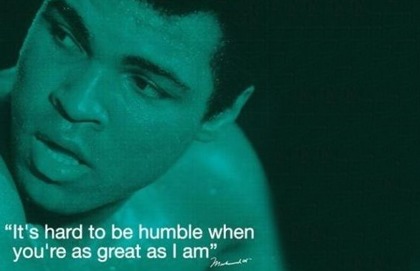 Humility and the Public Intellectual
The NY Times on Chapter and Verse
Locactivism? (We'll work on it.)

Kurtz seems not to totally buy Scialabba's point. Thankfully, one is not left with the fear that everything is being left for the Madison Avenue creatives to control. Kurtz suggests, in fact, that Scialabba's own example is a contradiction of his fear. It is the delightful grace of Scialabba's writing, his familiarity with and utilization of satisfying quotations from a broad range of sources, that has given depth to his argument such that a collection of his essays is considered worthy of publication. It is Scialabba's ability to balance appreciation and critique that explain his influence.

. . . [T]he essay can delight us. That delight—in the nicely placed word, the rhythm and flow of prose, the lull and roar of ideas—is a good thing in itself. It is also a subtle invitation to public life that no overt civic pedagogy can replace.

Cardus is in the business of trying to shape a public conversation, and the various forms of the essay are among the primary means we utilize. Apart from a prominent few, essayists and public intellectuals are unlikely to achieve broad name recognition or a place of fame. It is their arguments that get repeated, considered, and debated, and in that way shape broader thinking. By the time the argument has made its way down the chain of influence, its pedigree will likely be forgotten.

My self-serving point? Keep coming back to this page to find essays of various types that will both delight and challenge. When you find an argument that deserves broader distribution, send it along to your network. When you don't agree, tell the world. The "lull and roar of ideas" are a good thing in itself but like waves, they have power that can be utilized in many different ways.