The other day author Nina Killham typed in the words "fear and writing." It was one of those days and among her findings was a post by blogger Jennifer Louden who nails a daily fear for most of us:

"I have to know what my thing is and talk about it in very clever ways and be different than everybody else who does my thing or else I will starve /never matter / and be alone for the rest of my life, shut out from the brightness and goodness of life.”

"I know, that's a powerful, believable, seductive story," she writes. "I also know it's a lie."

The need to name and succeed can paralyze us. It keeps us from picking up the pen, the phone, the racket, the whatever. But as Christians it's possible to live without fear. In fact, it's implored of us. We are called into the dark to follow. We are led to new things without name. We are promised hardship, trials, and hard-won rewards. Yet success is seductive. Adoration, alluring. Recognition, rewarded.

I planned to begin this post with a line from J.D. Salinger's Franny and Zooey:

"I'm sick of not having the courage to be an absolute nobody." 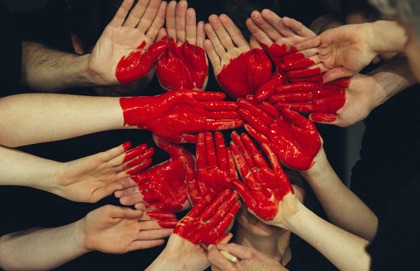 I've been meditating on these words for the past month. They came to me from a friend in Winnipeg. I haven't yet met someone who wants to be a nobody. I am no exception. Even as a new mother I find it difficult to say no to opportunity though I have the perfect excuse.

But we're not called to success, certainly not to every shiny proposition. It takes courage to blend in the shadows. It takes work. It's counter-cultural and Biblical.

I know a lot of people that read this blog are 'somebodys.' People who lead organizations, professors, and CEOs. I also know some of you are artists, students, freelancers (like me) and everything in between.

Our culture is masterful at teaching us how to 'get there' but where can we learn to leave, to bow out, to persevere in quiet?

Casey Downing tackles some of these questions in his recent article "Notes on Leaving the City." He is preparing to leave New York, noting Joan Didion's public exit from the same city in 1967. Her essay Goodbye to All That begins:

“It is easy to see the beginnings of things, and harder to see the ends.”

"Suddenly we weren't quite so young or quite so entitled. Suddenly the paradise of New York was preparing to cast many of us out. Were we unworthy? Where did we go wrong? This was something that no one had prepared us for."

Maybe Downing and his friends weren't being cast out. Certainly a city cannot bestow worthiness. How could he and his friends have been better prepared for the end of their stay in the city of dreams? How can we?