Prevailing wisdom has it there are no foolish questions. The wisdom’s not only unwise. It’s wrong.

The most foolish, indeed most dangerous, questions are those that affirm popular assumptions rather than demanding their advocates explain them.

An example to our south this week illustrates the risk, though the phenomenon regularly crosses the radar on this side of the border as well.

There is fresh hubbub in Washington today over reports that minions of various U.S security agencies recorded some of Donald Trump’s campaign workers making contact and with Russian intelligence operatives.

Now, it’s a matter of natural curiosity to want to know what they were talking about. There’s no harm in asking. On the contrary, doing so might be a legitimate exercise in prudence, though as far as I know America is not currently at war with Russia. Mere conversation with Russkis is not, unless I’m mistaken, tantamount to treason.

The folly, and resulting danger, comes from basing further questions about the revelations on the false assumption that the sheer existence of such conversations is necessarily a sign of something nefarious. What’s at stake is more than being declared guilty until proven innocent. What results is a reductive feedback loop in which wrong is presumed by the unproven premise that American security agencies would not have been interested unless something wrong was going on.

There’s something even worse. Foolish question syndrome, as it were, invariably precludes formulation of the truly fundamental question such as: What were American spy agencies doing listening in on the communications of American campaign workers in an American presidential election? 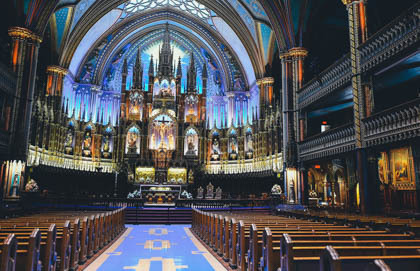 A Double Standard Where There Are No Standards?
Bigotry Repeats Itself
Morning and midnight in Montreal
Someone, somewhere, you would think, might want to ask.

More, what were they doing compiling detailed dossiers on the conversations and actions of workers in the midst of that election? Above all, what are they doing now leaking those dossiers to eager beaver reporters from the New York Times and the Washington Post who have, as yet, been thoroughly reliable in their utter failure to publicly question the motives of the anonymous sources behind the leaks.

Someone, somewhere, you would think, might want to ask.

We can lament all we like the culture of post-truth politics. We may mock mercilessly the non sequitur of so-called alternative facts. We might wildly bemoan Internet-driven “false news” assailing us.

But if we are not willing to stand up to honestly ask, and honestly keep asking, essential questions about the apparent undermining of democratic life by spooks and spies in the Security State bureaucracy, what chance have we to beat back those other, more ephemeral demons of our age?

Surely our sheer refusal to see the need for such questions begets another, terminally troubling, question. It is this: have we so acquiesced to the power of the Security State that we are no longer even concerned when it tosses its nets around participants in a democratic country’s central democratic exercise? And this: does no one care?

Or to frame the question in the immortal words of song writing genius Randy Newman: “Where are we? On the moon?”

Not so many moons ago, after all, revelations of FBI Director J. Edgar Hoover’s spying on the political class sent spasms of indignation, even revulsion, through America’s intelligentsia and dull normals alike. There was similar outrage on this side of the border years ago when a rogue band of Mountie clowns were caught dirty-handed engaging in espionage on duly elected representatives of the Parti Quebecois.

On both sides of the border, we must start to ask whether our intuitive sense of being incensed by the Security State’s improper prying now morphed into a democracy-destroying attitude of “Meh”?

I begin to fear it might be so. A number of people I’ve asked about this have uniformly answered: “Well, I suppose spies spy on everyone these days.” Does that mean we, as democratic citizens, are supposed to simply let such abominations proliferate?

Alas, current indicators are that those who should be asking the very question appear too dulled to even think of it. To be clear, the questions they have been asking about the Trump team’s relations with Russia are not, in themselves, foolish questions. The folly arises from not asking the questions that should naturally, wisely follow suit.

The differences between Andrew Scheer and John F. Kennedy may be stark. But last month's anti-religious assaults against Scheer hold a troubling similarity to what Kennedy experienced 60 years ago.

Morning and midnight in Montreal

What you cannot miss in Montreal today, of course, is that much of the urban core is situational squalor that leaks off the streets and pools underground at the Metro turnstiles ...