Men are much reviled these days, it seems. Just this past summer Princeton University unveiled its plan to hire a “Men’s Engagement Manager” to reduce aggressive and toxic masculinity.

It’s hardly surprising that the number one risk factor for sexual assault is alcohol. But researchers have identified another one: yes, it’s the men. Going to parties or bars where men are present, hanging out in male dorms, having men in your residence, especially athletes; the common denominator of these activities – men – can turn ordinary university life into a danger zone for women.

As a researcher on sexual violence on campus, and as a father of three university-aged sons and a university-bound daughter, I find this greatly troubling, as no doubt most do.

Try telling this to your daughter as she heads off to university: “To stay safe, just avoid men”.

But there’s more to this story. My research on campus sexual violence, published last month in the Canadian Journal of Higher Education, suggests that independent Christian colleges may provide greater safety from sexual violence than their public counterparts.

By contrast, our survey of nearly 700 students from independent Christian campuses found that 18 per cent of women reported unwanted sexual contact, while less than one per cent reported being raped. 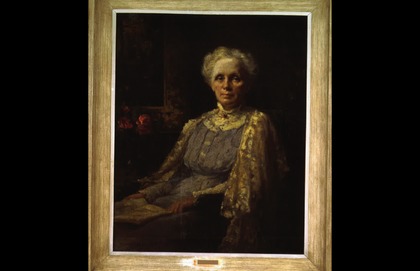 Obviously Christian colleges are no panacea. It is sobering that nearly one in five Christian college women are experiencing some form of sexual violence. And, of course, even one rape is too many.

But it’s not all bad news either. Our study confirms what other researchers have found. When it comes to sex, there’s something different about Christian colleges (especially Protestant evangelical ones) compared to public, secular, and even Catholic campuses.

And that difference may have to do with the men. We examined both risk factors – alcohol, and male proximity – but unlike previous research, in our study only alcohol was a significant threat.

In other words, our findings suggest that men at Christian colleges may be less “toxic” than men in public, secular universities. Don’t misunderstand this: it’s not that certain kinds of men (e.g., Christians) are better than others. Rather, certain kinds of contexts provide greater safety.

One reason men at Protestant evangelical colleges are different may be due to their unique religious context: there is a widespread consensus on such campuses about religion, and – here’s the clincher – these religious beliefs and practices are widely understood to apply to sexuality as well.

Sociologists have referred to such environments as “moral communities” – not because they are moralistic, but rather because in these communities nearly everyone is committed to shared beliefs and practices.

It’s possible, of course, that differences between Christian and secular campuses can be explained more by individual characteristics such as socioeconomic status, individual religiousness, and so on, rather than the “moral community” of their campus.

Since we didn’t directly test for this selection bias, our conclusions are tentative. However, other researchers have consistently found that unique moral communities affect behaviour even beyond individual differences. For example, fewer women at “conservative Protestant” colleges engage in casual sex, as Amy Burdette and her colleagues showed in a 2009 study in the Journal for the Scientific Study of Religion.

Sexual violence – on or off campus – is not going away anytime soon, apparently. To change that, all men need to take responsibility for their attitudes and behaviours towards women. But our research suggests that this can best be done by targeting not just toxic men but also toxic campuses.

Margaret Proctor Burwash had a keen interest in the welfare of female students at the University of Toronto’s Victoria College, and believed that their education should be largely in the hands of women.