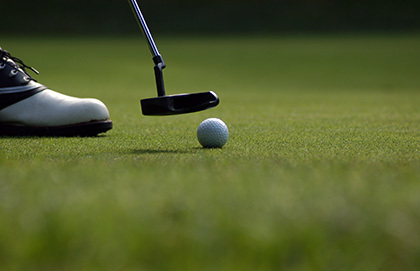 Golf’s PGA Championship – one of the four “majors” – has usually been played in August. This year it was shifted to May, and begins today. And with Tiger Woods winning the Masters last month, the sports world will be all-Tiger all-the-time for the next four days. It may well be that some executives at Nike had sacrificed their firstborn to the golf gods for such an outcome.

It’s been a couple of years since I wrote in Convivium that Tiger’s that championship career appeared over. Evidently it wasn’t, as his determined and admirable comeback from years of injuries to win the Masters demonstrated.

Tiger’s return to championship form though elicited a reaction that was disproportionate to the moment, impressive as it was. Breathing heavily over at the Toronto Sun, Jon McCarthy wrote, “Tiger’s victory on Sunday is the fulfillment of the greatest comeback in sports history by the greatest golfer to ever play.”

That’s a touch embarrassing for a professional sports reporter. Even those who don’t cover sports for a living know that the Boston Red Sox victory over the New York Yankees in the 2004 American League Championship Series, with its roots in the selling of Babe Ruth eighty-five years earlier, is the greatest comeback in sports. Perhaps in life, save for Lazarus and Richard Nixon.

Then there is the nonsense that Tiger Woods is the greatest golfer ever. Perhaps the most exciting golfer, as that is rather subjective, and those prone to manipulation by one of the great marketing campaigns of history could easily be led to that conclusion.

But there is actually no doubt about the greatest golfer. It’s Jack Nicklaus. It’s not even close.

A combined 37 top-two finishes is unimaginable, except that Nicklaus did it. It is almost the equivalent of competing in majors for 10 straight years and never finishing worse than second. For 15 straight years, from 1966 to 1981, Nicklaus finished in the top five at the British Open, winning it three times. For 24 straight years, from 1960 to 1983, he made at least one top 10 finish in a major championship. In his most dominant decade, the 1970s, Nicklaus played in 40 majors and only finished out of the top 10 on five occasions.

The player who returns from serious injury faces a test that the uninjured player does not. We admire that. And in Tiger’s case, when he could have easily hobbled away from golf having achieved the heights, that he stayed and fought to return is a worthy example.

So it caught my attention that such intense historic laudations were heaped upon Tiger, especially from people who are paid to know better. Partly it is the digital environment, in which knowing the history above is increasingly rare, as even journalists live only in the Twitter moment. 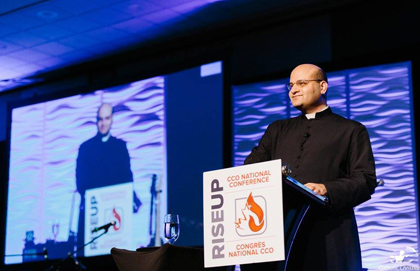 There was something else at play though, emphasized in all those teary shots of Tiger embracing his young son after walking off the 18th green. It was variously described as a moment of healing, perhaps, even redemption, after the appalling scandals in Tiger’s personal life were revealed after 2009. We learned then that he had more mistresses that Nicklaus had top five major finishes.

The sex scandals gave permission for journalists, previously swept up in the Nike juggernaut, to write openly about what was well known on the PGA Tour, namely that Tiger was not a good man. He was rude to fans, arrogant with his colleagues, cavalier about using profanity in front of children, stiffed waitresses on their tips.

Stories out of the Masters 2019 were rife with anecdotes about the chastened, perhaps converted man. He was not rude. He was polite. He smiled at fans. Arrogance had given way to an appreciative attitude. Each example of workaday decorum was reported as part of the new and improved Tiger. It was not just a comeback to winning, but a comeback to decent conduct.

Here then the contrast with Nicklaus. Nicklaus was the virtuous boy, who married at 20 his college sweetheart, with whom he will celebrate his diamond anniversary next year. Nicklaus was ambitious but courteous, the man who did things the right way. In 1986 – at another “greatest” moment in golf – he won the Masters at age 46. His firstborn son served as his caddy, and he left the 18th green with his arm around his son, on his way to greet his wife and mother, the wholesome family gathered in a sweet valedictory.

So how to explain the supra-sport celebration of Tiger?

Well, there is more rejoicing in Heaven over one sinner who repents than over 99 righteous ones who do not need to repent. Perhaps in this case man’s ways are like God’s ways and there is genuine joy at Tiger’s apparent conversion of life.

Then there is the overcoming of adversity. The player who returns from serious injury faces a test that the uninjured player does not. We admire that. And in Tiger’s case, when he could have easily hobbled away from golf having achieved the heights, that he stayed and fought to return is a worthy example.

Or perhaps it is just that a good drama needs some evil to be overcome. C.S. Lewis insisted that it was virtue that was fascinating and vice that was boring, but it seems that his was a minority viewpoint, which does not mean that he was wrong. The majority viewpoint, after all, is often wrong.

There was no villain in the Nicklaus story. Golf doesn’t have much villainy. Tiger was his own villain, having turned out to be loathsome to his wife, traitorous to his family and dismissive of his colleagues. It was as if his bodily torments and athletic diminishment were punishments for moral turpitude. It doesn’t work that way of course, but his return to athletic glory could then be seen as a sign of personal purification. There seemed to be a lot of that at work in the coverage.

Finally, of course, it could just be that the world’s most intensely marketed athlete has good public relations.

After the Masters, the celebrity president, who knows better than most how to master the contemporary media, awarded Tiger the Presidential Medal of Freedom. It used to be a prestigious honour, but in recent years has become a bit tacky, being handed out hither and yon to pop stars. Donald Trump gave it to Elvis Presley, posthumously.

If Tiger wins the PGA, what would be left? There are no higher awards. But then virtue is its own reward, is it not? That’s the prize the Tiger really needs and, independent of the number of majors won, is the one his fans ought to hope that he, at long last, has.