Morneau’s spending blueprint tabled yesterday is billed as fostering equality and growth for middle class for working women, men and families. But Andrea Mrozek, program director for Cardus Family, argues its effect will be exactly the opposite.

The real intention of the budget, Mrozek says, is to pressure more women into joining the work force to enrich the federal tax base and fund billions in new government programs. At a time when women have gained hard-won freedom to balance where they want to work – outside the home, inside the home, or both – the budget’s priorities seek to devalue the power of making that choice.

“Budget 2018 says: ‘Women and mothers—get off your lazy butts and start truly contributing to the paid economy full-time because we need more tax dollars. We have an aging population and we need more workers. And the way we are going to solve this problem is by ensuring women have fewer, not more, choices.’ It couches a desperate need for GDP growth as women’s empowerment,” she adds.

For Brian Dijkema, program director for Cardus Work and Economics, the abundance of social engineering in what should be a map for Canada’s fiscal performance represents a serious miscalculation of how much change government can actually effect.

“The government is overplaying the potency of its hand,” Dijkema says. “There’s a lot of (ambition) here, but there’s also a very limited amount government can do.”

Dijkema does applaud a number of initiatives in Morneau’s newest budget, including the new Canadian Workers Benefit, increased spending for women entering trades, the move to a “life long” approach to education, and tweaks to the Employment Insurance program that will allow for more flexibility between working and receiving benefits.

“Increase to the (newly named Canadian Workers Benefit) program are excellent. The extra money extends the ramp for low-income citizens who want to work, and allows workers to gradually get themselves into a place where the fruit of their work, rather than government funding, becomes their income. It goes a long way to tearing down the ‘welfare wall’ that plagues so many government income programs,” Dijkema says. 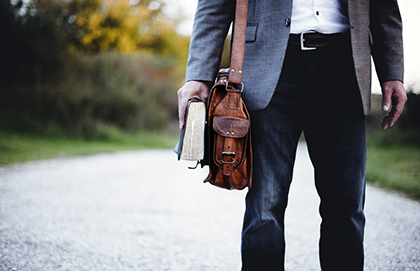 A Labour Day Warning About Populists Rising
#YourBudget Does You No Favours
New Shoes. Old Leather.

Likewise with education and EI, he adds, the federal Liberals are meeting current economic challenges by extending and refining programs where previous governments left off. That’s especially true with increased dollars to encourage women to enter the trades at a time when they are suffering large losses due to retirement and other negative sides of an aging work force.

“Given the demand for the trades to build infrastructure, Canada is an ‘all-hands on deck’ position. We should all put our hands together for support for women to get their hands to work in the trades,” Dijkema says.

But echoing Mrozek’s comments about political ideology married with economic desperation being a toxic combination for federal fiscal planning, Dijkema cautions that heady images of millions of Canadian women in hard hats and tool belts will come up against the reality that “96 per cent of the people in the trades are male.”

That isn’t going to change substantially just because government throws money at it, he says, noting that the 2018 increase in apprenticeship incentives arises directly from earlier failed attempts to attract women to the trades.

“Business is going to take care of business. The government needs to accept the limits of its powers.”

The overestimation of those powers leads Cardus Executive Vice-President Ray Pennings to question the wisdom of abandoning the summarizing and forecasting functions of traditional budgets, and turning Budget 2018 into a political and ideological dream works.

While all governments use the budget process to advance their core beliefs, Pennings says, the process has always given paramountcy to the country’s overall economic health. The very minimizing of hard data in the budget document shows the extent to which the Liberals seem willing, at least for now, to put special interest social policies above sound fiscal management.

“The problem is you don’t make data go away just by ignoring it or denying it. When you do that, the data will always come back to bite you. On the environmental side, we’re always told how dangerous it is to deny data about climate change. It’s just as dangerous to be an economic data denier.”

The denial is made worse by insisting government must spend heavily to muscle into transforming social arrangements and institutions rather than leaving Canadians free to renew their social architecture.

“It’s one thing to go after a fly with a hammer instead of a fly swatter. It’s another thing to turn the fly swatter factory into a hammer factory.”

Pennings says it remains to be seen whether Budget 2018 is a move to the political left for the purely electoral purposes of a government looking ahead to the 2019 election, or whether it signals a longer-term, deeper ideological shift for Canada.

“If it’s using the budget to pursue particular policies through programs, that’s one thing. If it’s about re-orienting government to a different purpose, that is a much scarier thought.”

A bold first step towards falling behind. Cardus Family Program Directors Andrea Mrozek and Brian Dijkema reflect on Budget 2017 and the impact that it will have on the Canadian public.