When the Quebec student protests started, my earliest feelings were of sympathy. These were fellow student, with whom I felt a kinship. Finally someone had taken up arms against ever-increasing tuition prices!

On the surface, a student protest is impractical, by definition. How do students have leverage over a government, especially enough to paralyze that government into making concessions to them? They aren't employees bringing a valuable skill to an employer, so how do they effect change? And their form of protest is . . . skipping class? I do that too, but usually I do it with the knowledge that I'm losing valuable learning time and paying the university to not teach me. I'm not hurting the university by playing hooky, I'm hurting myself.

While the idea is a little ridiculous, it's worked in Quebec. Students there have not simply voiced their disagreements; rather, they impressed upon Premier Jean Charest a position of some power, and actually made someone listen.

Yet as the protests drag on, my sympathy has waned. And now, with news that protesters are preventing other students from attending classes, my kinship has been eclipsed by dismay. 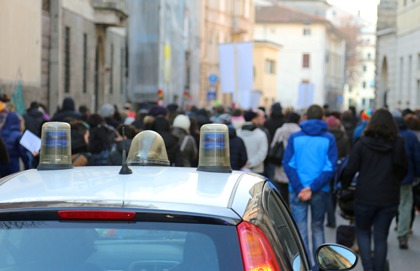 Labour Storms
The York University Question: It's not about sex—it's about the law
Less than Exemplary

The minute they attempted to bully others students into submission, they went too far.

I have personally been privy to two separate strikes while attending university classes. In my second year, the teaching assistants exercised the right to strike and in my third, the food services workers did likewise. Both strikes were exceedingly frustrating as they blocked cars from entering campus (for a legally determined amount of time) and used other means to achieve a deal they felt made sense. I swallowed my frustration, however, as they legally had the means to do this. My support of the right to strike ended shortly after talk started of classes potentially being cancelled (this was only in the case of the teaching assistants' strike). When I was going to be prevented from attending a class I paid for, my patience was at its end. My ability to study was being impeded by another; my choice to study was being taken away from me.

News stories hit the wire this week that protesters were storming classrooms and forcibly disturbing students in classrooms. That's ludicrous. What right do they have to restrict someone else's right to learn? These students who still want to attend classes aren't scabs. They don't belong to a labour union and they haven't broken any unsaid rule about working for a company while others strike for better wages. They are paying students only going to class for what they paid for. They worked hard to get into university and they likely worked hard to earn the money needed to attend those classes.

It's even more astounding that picketing and bullying would be the means the protesters would use. How can a group claiming to fight for accessibility and inclusiveness in the post-secondary system claim legitimacy when they themselves are attempting to restrict other students from studying?

My colleague Brian Dijkema had a compelling idea. Students don't want to go to classes they paid for? Great, open their spots up to those that wouldn't take the opportunity to get a post-secondary degree for granted. I'm sure a student from Britain or the United States would be happy to pay $3,800 dollars to go to McGill. As Quebec's tuition rates are still near the lowest in Canada, it would certainly be cheaper for foreign students than the tuition rates they face in their respective countries.

I support the right to protest and strike. It's a right that has been recognized in our country. But when that right starts to infringe upon the ability for others to study, as the popular internet meme goes, you're doing it wrong.

The Elementary Teachers' Federation of Ontario (ETFO) wants to strike this Friday ...