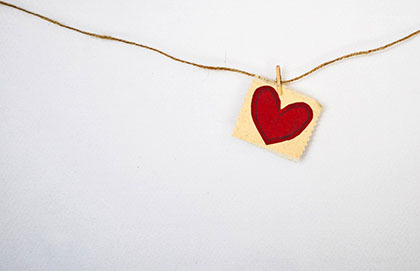 The frontlines of conflict in Iraq, Syria and Iran aren’t the first places many people would go in an effort to create lasting peace. Jeremy & Jessica Courtney aren’t most people.

In 2007, the Courtneys moved to Iraq in the middle of the war and founded Preemptive Love Coalition, a relief and development NGO operating  in Iraq, Iran, Syria, the United States and beyond, “working together to unmake violence and create the more beautiful world our hearts know is possible” through the provision of aid, shelter, child protection, medical services, workforce development, and employment training.

They and their team have risked their lives to provide aid on the frontlines, have come face-to-face with ISIS, been targeted by death threats and have narrowly escaped airstrikes. So when they speak of proactive and pre-emptive love in the midst of and aftermath of conflict, they speak from a place of lived experience and the wisdom laced nuance learned in such contexts. This experience and many of the lessons learned throughout is shared poignantly, earnestly and even bluntly in Jeremy’s book, Love Anyway: An Invitation Beyond a World That’s Scary as Hell.

Love Anyway is a story with depth, grit and persevering hope. “This is not the simple “good vs. bad” story we’ve been conditioned to expect,” writes Courtney in the opening pages, and continues, “…but if there’s one thing that the world could use a whole lot more of right now, it’s nuance and patience for the deeper story to emerge.”

What Courtney does throughout Love Anyway, a standalone continuation of his first book, Preemptive Love: Pursuing Peace One Heart at a Time, is give not only an honest and raw look into his own story and the growth and evolution of Preemptive Love Coalition (with a refreshing amount of humility, admitting his own mistakes and missteps along the way). He also uses his memoir-style writing to invite us into our own examination of division, conflict and belonging to one another. This isn’t simply a recounting of conflict and humanitarian intervention in faraway war zones; it’s a story that parallels the most harrowing stories of war, exile and displacement in contemporary Middle Eastern conflicts against our own ways of perceiving and engaging with the world – and neighbours –around us.

This is not a rosy memoir with a sugar-coated resolution at its end: Love Anyway carries an urgency that cannot be ignored. There is little naiveté here, even as the book chronicles Jeremy’s growth from zealous naiveté (characterized both by his early missionary work and his later catchphrase: Love First, Ask Questions Later) to a different kind of steadfastness: a more robust vision to love anyway, despite the difficulty, weight and demanding cost of love—even love beyond enemy lines.

Love Anyway is a story of unlearning as much as it is a story of learning. It chronicles the unravelling of Courtney’s American ethnocentrism and nationalism, the seismic shift in his understanding of what it means to truly love thy neighbour, the exploration of what faith looks like when pushes  beyond religious platitudes, and a growing maturity in what it means to love with resilience in the midst of humanitarian disaster, personal betrayal, and the complexity and evil of war.  The Jeremy Courtney readers encounter in the first few chapters is hardly recognizable from the Jeremy Courtney who closes the book with bold vision and nuanced invitation, and even he admits, “Sometimes I wish I could reclaim the blissful naiveté of my youth.”

The inclusion of this honest and unpolished transformation and growth process is, however, one of the reasons his story and his contextual perspective holds so much power, especially as he wisely pushes beyond the dichotomy of moving from “one side or the other.” “I refuse to burn up everything that has come before, as though an error in one place would negate the wisdom in another. But I also refuse to accept the way things are because it’s the way things have always been.”

Love Anyway is a story with depth, grit and persevering hope. “This is not the simple “good vs. bad” story we’ve been conditioned to expect,” writes Courtney in the opening pages, and continues, “…but if there’s one thing that the world could use a whole lot more of right now, it’s nuance and patience for the deeper story to emerge.”

One of the most poignant moments in the book comes towards its end when Courtney recounts a deeply personal and raw crisis of faith that came at the peak of ISIS’s control of Mosul, screaming his doubts, fear and anger at a painting of Jesus on a cathedral (turned warzone) ceiling. “My faith, once so certain that we could remake the world through sheer determination, was in shambles,” he writes. “I felt stranded on the other side of a gorge, with all my bridges burned to the ground, separated from my people, with no idea how I’d ever get back home.” 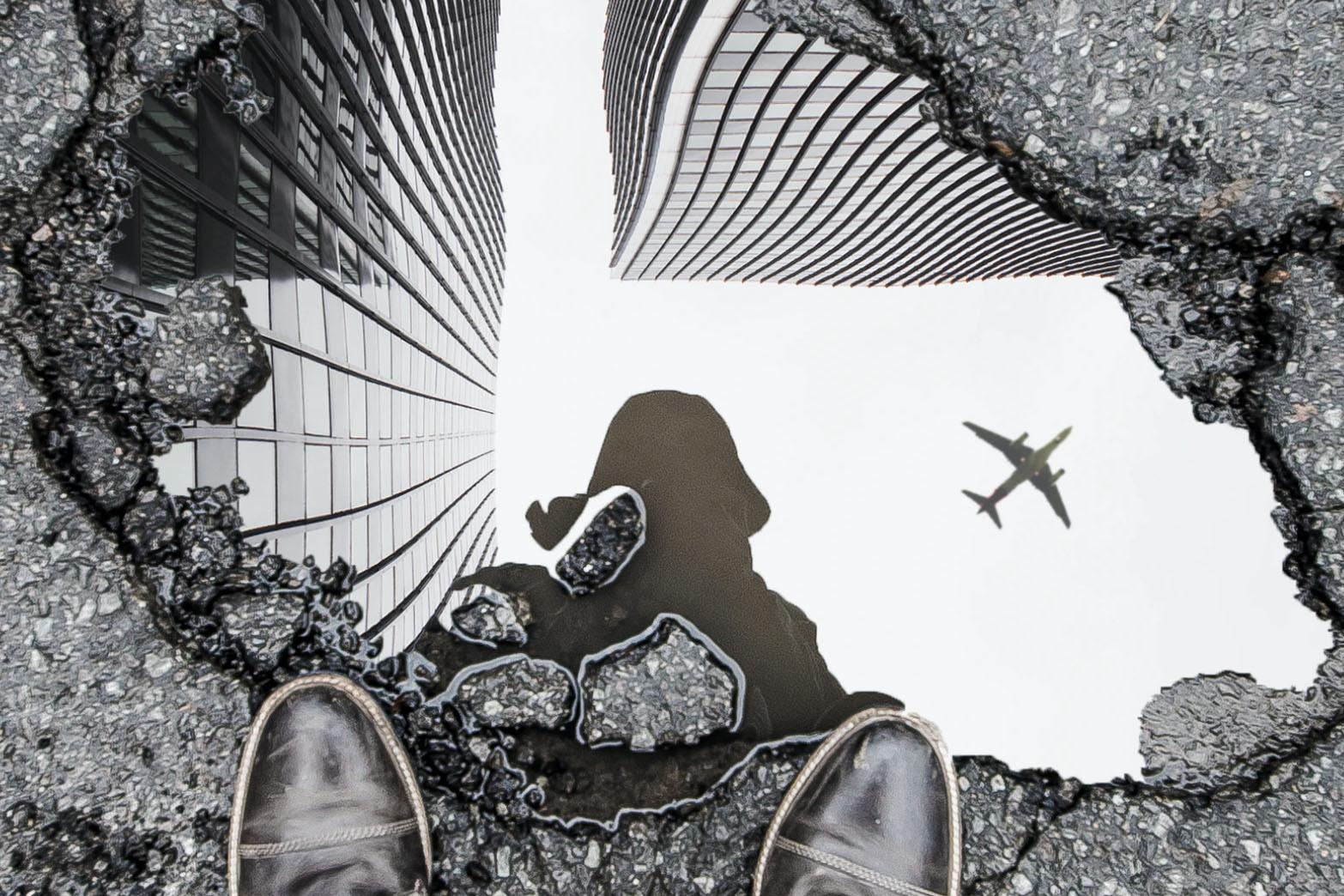 It’s here, however, where the book—and consequently, Courtney’s tone— pivots towards a deeper determination, more mature steadfastness and a resilient hope beyond any religious or cultural platitudes.

“We need more than rebellion. More than opposition. More than being the victim. More than turning up the volume. More than bravado. More than proving others wrong to finally feel all right,” Courtney writes, pulling tangibly from years of experience in the midst of conflict and disaster, “We need a love big enough for the second half of life.  After the wheels have come off the bus; after we’ve stalled out, gotten bored, settled in, or hit rock bottom. When we don’t want to love anymore, we need a place to go if we want to learn how to love anyway.”

Despite its context, Love Anyway is also a deeply hopeful book: recounting countless stories of connection, kindness, friendship, redemption and belonging. As Courtney movingly writes, he has seen flowers growing out of skeletons in a field after genocide: imagery that is as utterly horrifying as it is hopeful. Despite their decades of involvement in some of the very worst conflicts in modern history, the Courtneys remain steadfast in their belief that we belong to each other, calling that belief “one of the profound truths (they’ve) learned in bombed out streets.” Further, they believe that in that place of belonging and presence, there is endless possibility.

Another particularly powerful moment in the story comes when Jeremy and Jessica are walking through the wreckage of Old Mosul after the conflict had ended. At the time, Jeremy was disheartened and burnt out, even a bit skeptical of their ability to continue making a positive difference in such harrowing circumstances. Yet, while walking through collapsed streets, Jessica cast vision for the hope of rebuilding after conflict—deeply rooted relationship. In reflection, Jeremy later writes, “...Eventually, in the face of love, the stone-cold reality of war and oppression would crumble under the weight of friendship and hope and joy.”

What Courtney invites us into, in all of the places where we live, work and play, and as we engage in micro or macro issues in the world, in our nation, or in our neighbourhoods, is to look beyond the way things are, to the way they could be, even as we allow space to acknowledge where we currently stand. It is an invitation to love with resilience. An invitation to engage with the task of belonging—not passively, but actively: in dialogue, in relationship and in proactively working to see beyond caricatures of one another.

“Here’s my invitation: accept that the world is violent and unfair and scary as hell, and make a commitment to love anyway. When the violence comes, we are not required to return fire. When rejection and ostracism come, we don’t have to reject or ostracize in return. When we decide to love always as a practice and a discipline for life, we can transform these destructive forces and use the energy to fuel us forward in ways the world has yet to see."

I finished Love Anyway weeks before I was able to synthesize remotely any of my thoughts about it, coming back to stories, words and concepts in my mind as they danced alongside my own lived experience and my ache for a different way to engage in the toxic polarization that has so rampantly characterized this cultural moment.

These thoughts danced as I read about the surging civil conflict in Chile and the ongoing violence in Venezuela. These thoughts danced as I followed the harrowing humanitarian implications of the United States’ abrupt withdrawal from northeast Syria. These thoughts danced as I tracked the emotional rhetoric of Canada’s 43rd election, arguably one of the most divisive in our nation’s history and I engaged in conversation with friends, family and colleagues about differing priorities and perspectives going into the voting booth. My copy is dog-eared, scribbled-through and, admittedly, I wept my way through the final chapters.

Interestingly, however, these thoughts found some kind rooting. On the day after the federal election, I, a west coast British Columbian, was on a plane flying back to the heartland of Alberta where I currently live, deeply and personally aware of the ways that the news of the election results would land anywhere in the full spectrum of emotion and reaction. As I reflected on the tension within our own society, differentiated – at least in a heightened sense right now – by the contrasting colours of political persuasions, I scribbled down a desperate question and prayer: How can I be a peacemaker in the aftermath of Election 43?

And it’s in this exact question where I think Jeremy, Jessica, and their team at Preemptive Love Coalition have a lot of hard-won wisdom to share if we’re willing to listen.

**Jeremy Courtney certainly isn’t writing in a vacuum.  Love Anyway is part of a collection of books I’ve read this year (all published in 2017-2019) that generally centre around the concept of civil dialogue, peacemaking, and holy belonging - regardless of the ways we differ. Love Anyway is the most personal of these offerings and builds on these themes from a place of personal narrative and story-telling, but the ideas explored within mirror the general themes of Matthew Legge’s “Are We Done Fighting? Building Understanding in a World of Hate and Division; Justin Lee’s Talking Across the Divide: How to Communicate with People you Disagree with and Maybe Even Change the World; and Jon Huckins and Jer Swigart’s Mending the Divides: Creative Love in a Conflicted World.

**Accompanying the book is a 33-minute film of the same title, produced by Preemptive Love Coalition, narrated by Kristen Bell, and made available without cost online at www.loveanyway.com. Love Anyway, the film, builds upon the content in Love Anyway, the book, and was designed as a tool to inspire conversation and dialogue about the concepts throughout. I would recommend reading and watching both in tandem.**